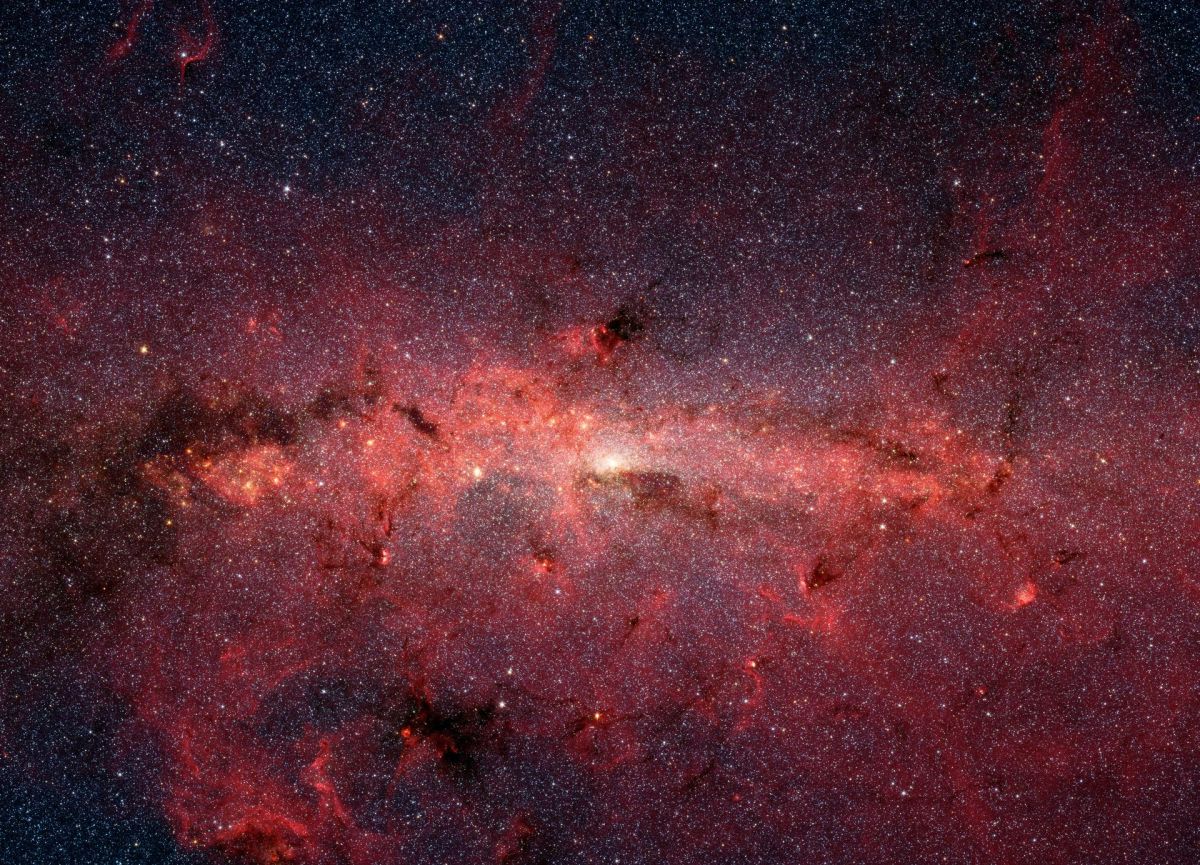 The Sagittarius arm of the Milky Way spirals out of our galaxy’s center, forming a swooping highway of gas that spans tens of thousands of light-years. This highway is dotted with the headlights of billions of stars, all seemingly moving along the same curvy track. But now, astronomers have found something unusual — a “break” in the arm, slashing perpendicularly through the spiral like a splinter poking through a piece of wood.

Spanning about 3,000 light-years, this stellar splinter makes up just a fraction of the Milky Way (which has a diameter of about 100,000 light-years). Still, the newfound break is the first major structure to be discovered disrupting the seemingly uniform flow of the galaxy’s Sagittarius arm, according to a study published online July 21 in the journal Astronomy and Astrophysics.

“This structure is a small piece of the Milky Way, but it could tell us something significant about the galaxy as a whole,” study co-author Robert Benjamin, an astrophysicist at the University of Wisconsin-Whitewater, said in a statement. “Ultimately, this is a reminder that there are many uncertainties about the large-scale structure of the Milky Way, and we need to look at the details if we want to understand that bigger picture.”

The splinter — also called a spur or a feather — begins about 4,000 light-years from the sun and falls in a particularly famous section of the Sagittarius arm; the region contains four well-known nebulae — the Omega Nebula, the Trifid Nebula, the Lagoon Nebula and the Eagle Nebula (home to the iconic Pillars of Creation). Despite the region’s telescope-friendly vistas, astronomers had no idea anything was amiss with the area until they compared data from two recent star surveys.

Using data from NASA’s Spitzer Space Telescope as well as the European Space Agency’s Gaia satellite, the authors of the new study analyzed the velocity and pitch angle (essentially, the angle of the spiral arm’s curve) of various regions of the Sagittarius arm. They found that, while the main arm had a pitch angle of about 12 degrees, the section containing the break had an angle of 60 degrees — poking almost perpendicularly out of the surrounding arm.

Besides the splinter’s odd, jutting angle, the hundreds of thousands of stars in the break also seemed to be moving at the same velocity and in the same direction as one another, suggesting that the stars there likely formed at around the same time and have all been influenced by the same gravitational forces. In other words, some external force pulled these nebulae into a long, straight line that cuts across the flow of the rest of the Sagittarius arm.

What pulled these young, upstart stars out of line? It’s hard to say without further data. However, the researchers said, spur and feather-like structures are common in distant spiral galaxies; the closer we look at the Milky Way’s arms, the more likely we will discover more bits, bobs and breaks like this one.