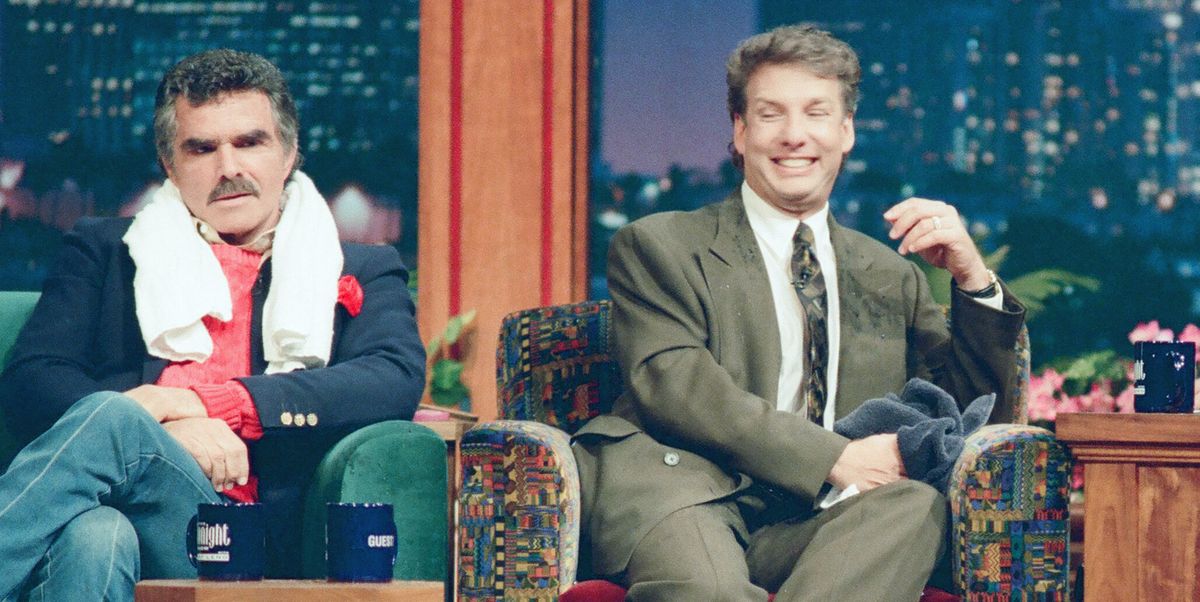 One of the most memorable moments in late night TV history involved Burt Reynolds and children’s game show host Marc Summers getting into a very real fight. It was October 17, 1994 and Reynolds was in the midst of going through a messy divorce with Loni Anderson, which Jay Leno made a joke about at the top of the show. This had put Reynolds in a bad mood, who was fuming while Leno casually chatted with Summers.

While Summers and Leno gabbed, Reynolds snapped at Summers that he couldn’t hear him because his back was turned. “Who told you that you were a neatness freak?” Reynolds asks Summers.

“My wife told me that. I’m still married,” Summers responds, patting Reynolds on the shoulder.

Reynolds scowls at Summers then empties his mug onto Summers’s lap. Summers tries to return the favor, but Reynolds acts quick, and smacks his hand away.

“You’re not a neatness freak anymore,” Reynolds says, which, in all honesty, is an excellent line.

The situation devolves from there, and Leno can’t get control of the show. Thankfully some producer thought fast and produced some pies to help it look like some sort of bit, but even the pie toss gets a little physical.

It’s absolutely wild, and even up until this year, Summers was talking about it.

“Burt Reynolds was going through a bad divorce with Loni Anderson,” Summers later explained. “This was not planned, it was all real. Jay called me afterward and asked, ‘What’s going on between you and Burt?’ It was like survival of the fittest. I was a comic. You wait your entire life to get on the Tonight Show, I wasn’t going to let this guy fuck it up for me.”

Matt Miller
Culture Editor
Matt Miller is a Brooklyn-based culture/lifestyle writer and music critic whose work has appeared in Esquire, Forbes, The Denver Post, and documentaries.