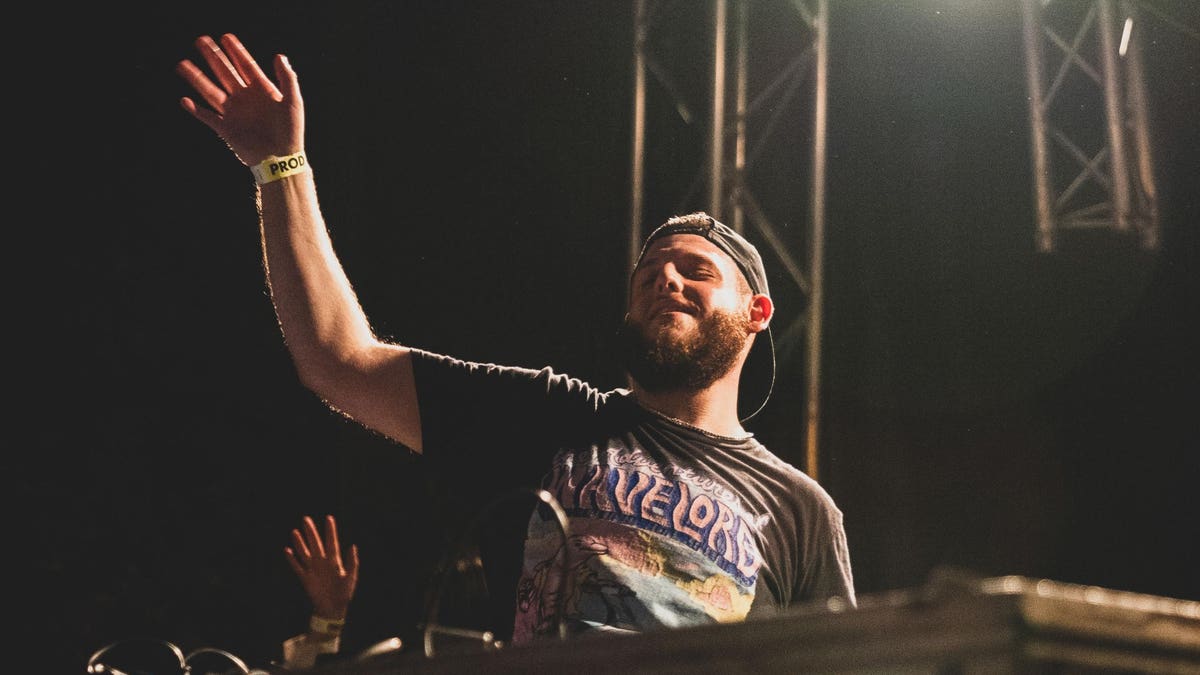 “We wanted to make a song that you can listen to at home and connect to the lyrics in an emotional way. Then when you hear it at the show, you can really enjoy it and dance,” Rochman says. “So taking this passion,” he adds of his love for rock music, “and mixing it with what I make in my music and making it collaboratively for the first time, that means a lot to me.”

Rochman is typically known for his heavy yet euphonious and emotional signature sound that’s best heard on his 13-track debut album, Pelagios, released via renowned imprint Subsidia. The body of work, featuring a collaboration with dubstep heavyweight Excision, takes listeners on a sonic journey through skull-shattering drops, emotive vocals, melodic bass, relentless walls of dubstep and more. Indeed, Rochman proves to make his mark as a notable up-and-comer in the world of bass music.

The Israeli producer moved to Los Angeles by himself at the age of 19 to pursue a career in music, however, he was forced to move home in May 2020 due to Covid. “On the seventh of March, I had my last show—the one before all the other dates were canceled,” he says. “It wasn’t feeling like [it would be] the last show for a while. I stayed in the U.S. for another two months just to try my luck,” during which time he played live streams while waiting to see if Covid would cease, so he could resume touring. “I felt so bad, because I felt like a loser. I felt like I did all this just to go home,” he adds.

Like many people around the world, the 21-year-old artist struggled mentally during the pandemic. Rochman’s depression during this time triggered his Tourette syndrome, which he has dealt with his entire life along with other mental illnesses, such as obsessive compulsive disorder (OCD), attention-deficit/hyperactivity disorder (ADHD) and anxiety.

Rochman’s Tourette syndrome was so extreme when he was younger that he couldn’t care for himself or attend school, he says. His specific case led to various other health issues, with doctors telling him he would die by the age of 15. The only time his tics would subside was when he was making music, because it gave him something to focus on—proving to be therapeutic for him although doctors told him to quit because of his short life expectancy.

Despite the many challenges Rochman faces due to his health, including getting bullied and at times being suicidal, he perseveres through because of his love for making music. “I told myself…‘You need to help people with your music how music [has] helped you,’” he says. “I can be sad. I can be depressed. God, I can be suicidal. Not often, but s*** can be very bad. But even when I’m at my lowest, and even if I will not be here one day—because again, my health is good but it always can get very bad very quickly—even if I’m not going to be here, my music is me.”

His main goal, he adds, is to spread positivity, despite the many ways he feels he’s been failed by the medical system and those who mistreat him due to his medical conditions. Rochman’s path exemplifies his commitment to this goal. The Israeli artist says he makes music daily, whether it’s as Whales or for video games, commercials or another artist—adding that this practice is his way of celebrating being alive. The promising artist indeed has a bright future ahead of him, as he is slated to perform at Lost Lands music festival, tour and release more music.

“I stopped going by my syndromes. I have this medical page that shows that I’m disabled and that shows my Tourette’s, OCD, ticks, many kinds of anxiety, all that stuff. I used to look at that page and be like, ‘oh, that’s the way I am,’ and today I’m like, ‘no, I’m not my disability. I’m not my illness. I am who I am,’” Rochman says. “I deserve to be happy no matter who I am, and I believe that everyone deserves to be happy.”

If you are having thoughts of suicide, call the National Suicide Prevention Lifeline at 1-800-273-8255 (TALK). You can find a list of additional resources at SpeakingOfSuicide.com/resources.