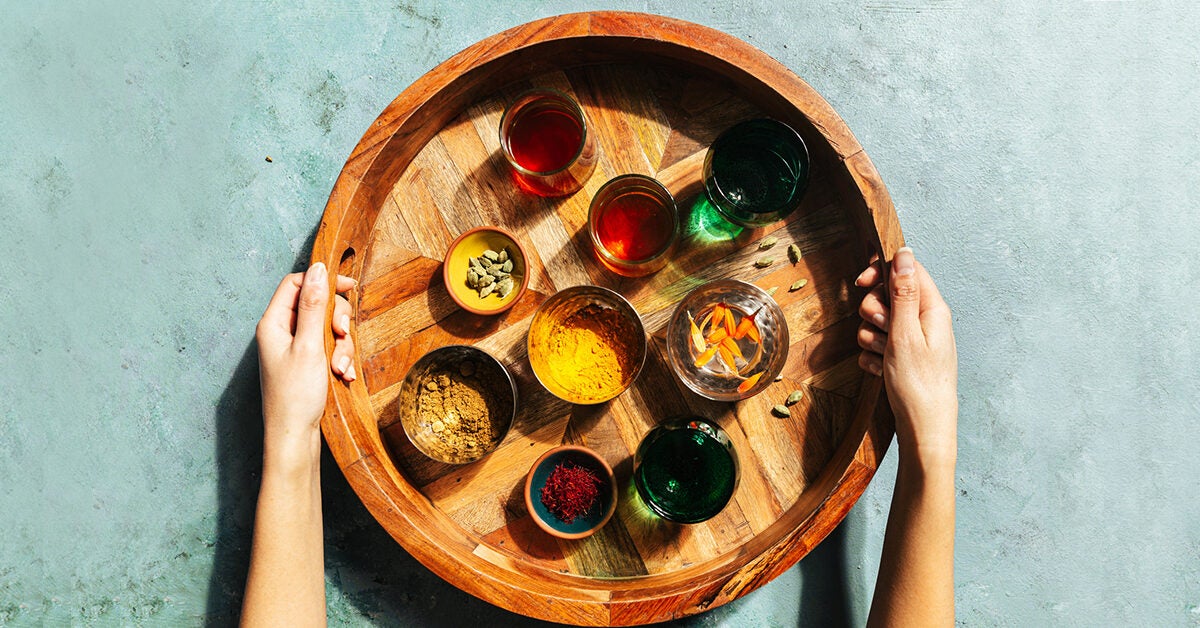 Heard of tea dust, and wondering exactly what it is? Is it something to sprinkle on your cupcakes? Do you mix it with water and use it as a cooling face mask? Is it some highly technological process, where scientists have turned tea leaves into tiny versions of themselves, “Honey, I Shrunk The Kids”-style?

Well… not quite. The chances are that you’re much more familiar with tea dust than you think!

But with so many types of teas out there now, all claiming to provide health benefits, where does tea dust stand in the pantheon of healthy drinks? How does it match up to leaf tea?

So, what is this tea dust stuff, exactly? Is it literally the sweepings off the floor of a tea factory? Because yeesh, we don’t want to drink that!

Panic ye not! The name makes it sound worse than it is. Tea dust is actually the name for a grade of tea and is essentially a byproduct of loose leaf tea production. Tea leaves are crushed, pressed, and rolled. Because they’re quite dry, bits fall off. Gather those bits, and you have tea dust.

It’s not the only byproduct that you might see, either. Tea leaves marked as “broken” or “fannings” are also survivors of the tea factories. They’re just a bit chunkier than the tea dust.

There’s pretty much only one place that you’ll regularly see tea dust playing a part — and that’s the humble tea bag. Yup, lurking inside that papery disguise, our old friend tea dust is waiting to give you a speedy, yummy cup of tea.

Legend has it that an American tea seller invented tea bags in 1908, selling his tea in silk pouches. His customers were either tea philistines or visionaries, as they didn’t realize that they were supposed to remove the tea before plopping the pouch in the cup. And, thus, the tea bag was born! Hooray!

Whether that’s actually true or not, tea producers certainly worked out that tea dust was too good to go to waste — after all, it still gives off that yummy tea infusion we know and love, so why get rid of it?

Instead, they started running conveyor belts underneath the main tea production areas to gather the dust and place it into little bags of gauzy paper.

Tea bags, and the swirling tea dust inside them, got so popular that a lot of people are only just rediscovering loose leaf tea. In Britain, a country famously in love with its tea, 96 percent of tea comes from a tea bag. That’s some success story for a humble byproduct!

The good news is that there’s not a lot of difference health-wise between tea dust from a tea bag and loose leaf tea. That means if you’re in a rush and plop a tea bag into your mug, you’re getting the same benefits as you would from any cup of fancy, brewed tea. Woot!

But what are those health benefits? Aside from the ability to curl your pinky finger as you drink and feel ultra dapper?

Tea lovers will tell you that there’s nothing as relaxing as a cup of tea — and it seems that they might be on to something. A research review showed that regular tea consumption can have a positive effect on people with high blood pressure. So, something as simple as a cup of tea could have legit benefits for your heart health.

Another research review showed that some of the plant compounds in tea may help reduce your risk of developing certain cancers.

There’s always a catch, right? Some studies show that drinking more than 3 or 4 cups of tea a day might have some unwanted side effects.

One of these is the risk of iron deficiency. That innocent-looking cup of tea is full of tannins, which can make it harder for your body to absorb the iron it needs.

The caffeine in tea also comes with its own side effects, including increased anxiety, stress, and restlessness in people who are sensitive to it. (And black tea has more caffeine than green tea). It’s also famously responsible for affecting your sleep — so if that’s you, consider switching to decaf tea.

It can also lead to an increase in acid reflux, which is no fun. So, even though tea and its antioxidants can boost several aspects of your health, go steady on the intake, OK?

Tea dust is the stuff you find in your average tea bag. It’s nothing too fancy — and that’s both its strong point and its weakness!

The good thing about tea dust is its usefulness for a quick, convenient cup of tea.

If you’ve got the time to carefully brew and strain your tea leaves, that’s excellent! But if you’re the kind of person who rushes to work with wet hair and one sock hanging off while absent-mindedly clinging on to a packet of cat food, you can’t beat a tea bag for speedy refreshment.

Plus, tea dust will give you all the same health benefits (and drawbacks) as loose leaf tea. So, if you’re looking at it from a health point of view, there’s no reason to reject the humble tea bag in favor of the posher leaves.