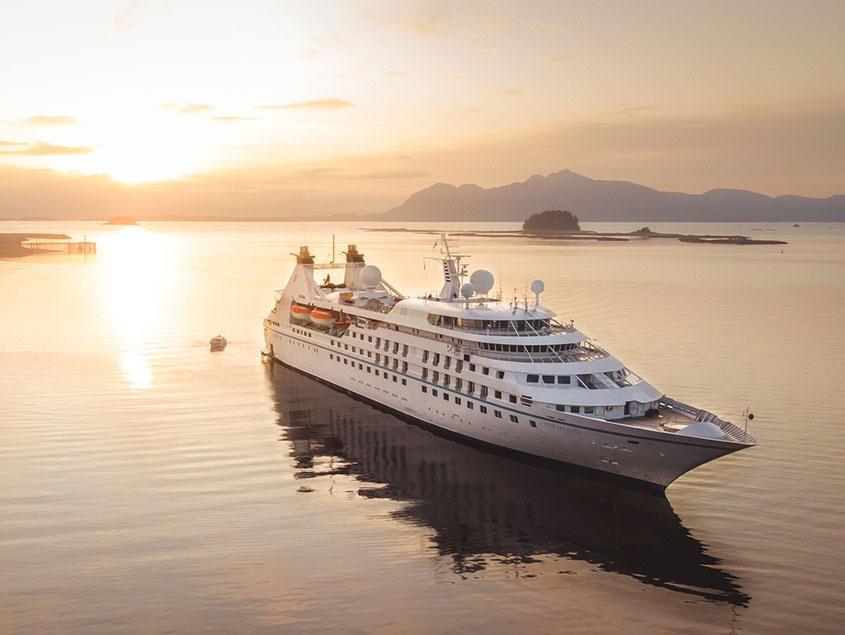 Windstar Cruises has announced a new 79-day Grand European Bucket List Adventure. It is the longest itinerary ever offered by the award-winning small ship cruise line.

This Grand European cruise will depart Stockholm, Sweden on July 25, 2023 and embark on a new voyage that spans 22 countries, sailing through the Baltic, Northern Atlantic, Mediterranean and the Black Sea.

Windstar Cruises operates a fleet of six boutique all-suite and sailing yachts carrying between 148-342 guests on itineraries throughout Europe, the Caribbean, Costa Rica and the Panama Canal, Asia, Alaska and British Columbia, Canada and New England, Tahiti and the South Pacific, Mexico and U.S. Coastal and Australia. This lengthy European itinerary, however, is a first for them.

Think of it as a cruise to make up for travel time lost to the pandemic, a voyage lasting more than two months that allows you to explore a variety of European cities and towns while ensconced in a floating luxury suite. Unpack once and you’re good to go, since daily laundry service is included in the fare.

The ship is the all-suite Star Legend, which accommodates just 312 guests, and has a staff-to-guest ratio of 1:1.5. The Star Legend has undergone a complete renovation as part of the company’s $250 million Star Plus Initiative. New public areas, including two new dining venues, a new spa, elevated pool, and fitness area have been fitted out. The ship also has all new bathrooms in every suite and a new category of Star Suites, featuring a new layout. Even the smallest suites have at least 277 square feet while the Owner’s Suite is 575 square feet.

It’s that small ship experience, the signature of Windstar Cruises, that appeals during these times. Windstar refers to them as “crowd-free cruises” and they’ve had renewed popularity.

“We’re attributing our bookings to a pent-up demand for travel after most of the world has been sequestered for a year,” says Windstar’s President Christopher Prelog. “It’s creating a swift recovery for us, so much so that my advice is to book early as increased demand is real.”

The Grand European Bucket List Adventure is a highly port-intensive itinerary, with a total of 71 days in port, leaving just eight days at sea. It’s a chance to visit such disparate places as Santorini, Gibraltar, Bilbao, Bergen, Helsinki and Odessa on the same voyage.

There are also 11 overnights in port, giving guests a chance to dine out and enjoy the nightlife in destinations like St. Petersburg, Hamburg, Bordeaux, Seville, Amsterdam, and Copenhagen. The ship is small enough that it can navigate the confines of the Kiel and Corinth Canals, as well as dock at small ports like Sinop, Turkey and Honfleur, France.

It’s clearly designed for those who want to revisit old favorites and see new sights. There are two first-time Windstar ports in Hamburg and Binz, and the cruise will call at a new Norwegian port, Arendal. The voyage finishes on October 12 in Istanbul, Turkey.

There are multiple dining options onboard, from Amphora, the formal dining room, to Star Grill by Steven Raichlen and Candles, the signature outdoor dining room. The voyage includes all meals, all non-alcoholic beverages, fitness classes, and use of water sports equipment like kayaks and sail boards from the Watersports Platform off the stern.

Prices for the Grand European Bucket List Adventure start at $39,999 per person.