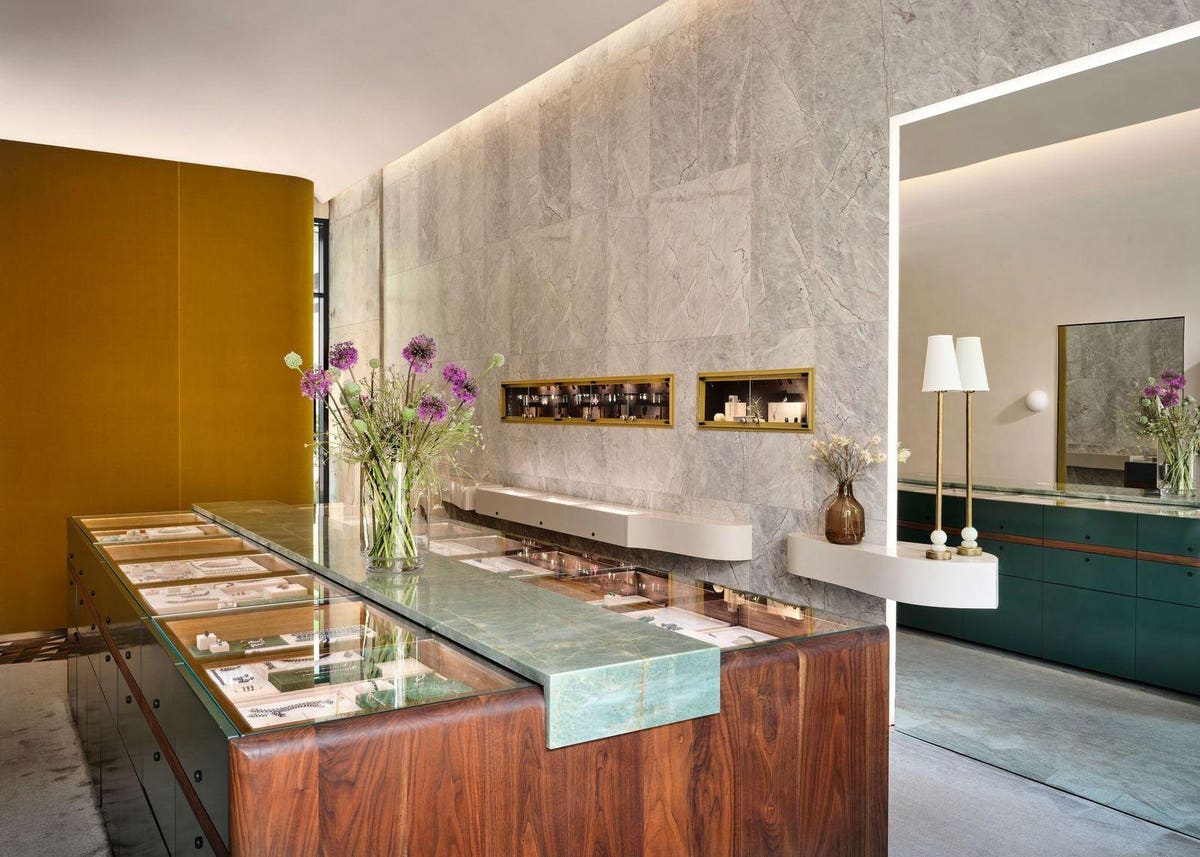 To celebrate the 10th anniversary of his brand, Armstrong unveiled his new flagship store in Austin, Texas, his hometown. The store is located in the exciting new Soho House development and near several spots, like St. Cecilia Hotel and Residences. The flagship store will showcase the designer’s collection of jewelry, but also celebrate Austin’s local artisans and interior designers through the beautifully designed space.

The boutique is a realized vision of the designer’s creative endeavors. While Armstrong’s jewelry is sold at luxury retailers including Bergdorf Goodman and Barneys, he wanted to provide customers with a new shopping experience by showcasing his jewelry in a completely different space.

“We’re celebrating our 10-year anniversary as a brand, and I can’t think of a better way to commemorate this milestone than the opening of our first flagship,” Armstrong exclusively tells Forbes. “I’ve worked so hard over the years to develop the collection and to see it housed in its entirety in a space we conjured up in our dreams is nothing short of thrilling. It’s a 360º experience for our clients, where they are immersed in our world and where every detail matters.”

Armstrong worked with Ann Tucker of Austin-based design firm Studio A Group to create the beautiful store that will house his eponymous Nak Armstrong collection and diffusion line Nakard. He enlisted the local interior designer firm, as well as local Austin artisans, to create a residential-style space that reflects the character of the city.

The narrow space is accentuated by textured materials, like a mosaic floor of polished marble stones and terracotta tiles, as well as bright pops of color. The jewelry is housed within walnut-lined and sumptuous velvet cases, allowing each piece to truly shine.

The inspiration behind the design came from a trip Armstrong made to Milan. He fell in love with the city’s mid-century Brutalist architecture and jewel tones, and wanted to incorporate that aesthetic within the store. He is also inspired by Austin’s Latin American influence, and honored that through the use of materials such as terracotta.

The flagship store, Armstrong says, had to be in Austin.

“It’s not only where we’re based and a large component of our customer base, but it’s a fast-growing, dynamic luxury market where people appreciate art, design and a fresh way of doing things,” he says. “The city is going through a massive transition from a regional to an international destination. We’re seeing clients from all over the world which in turn has expanded our brand’s reach to a global market.”

In addition to the Austin flagship, Armstrong’s pieces are available on his website, as well as at Bergdorf Goodman, Moda Operandi, goop and more.