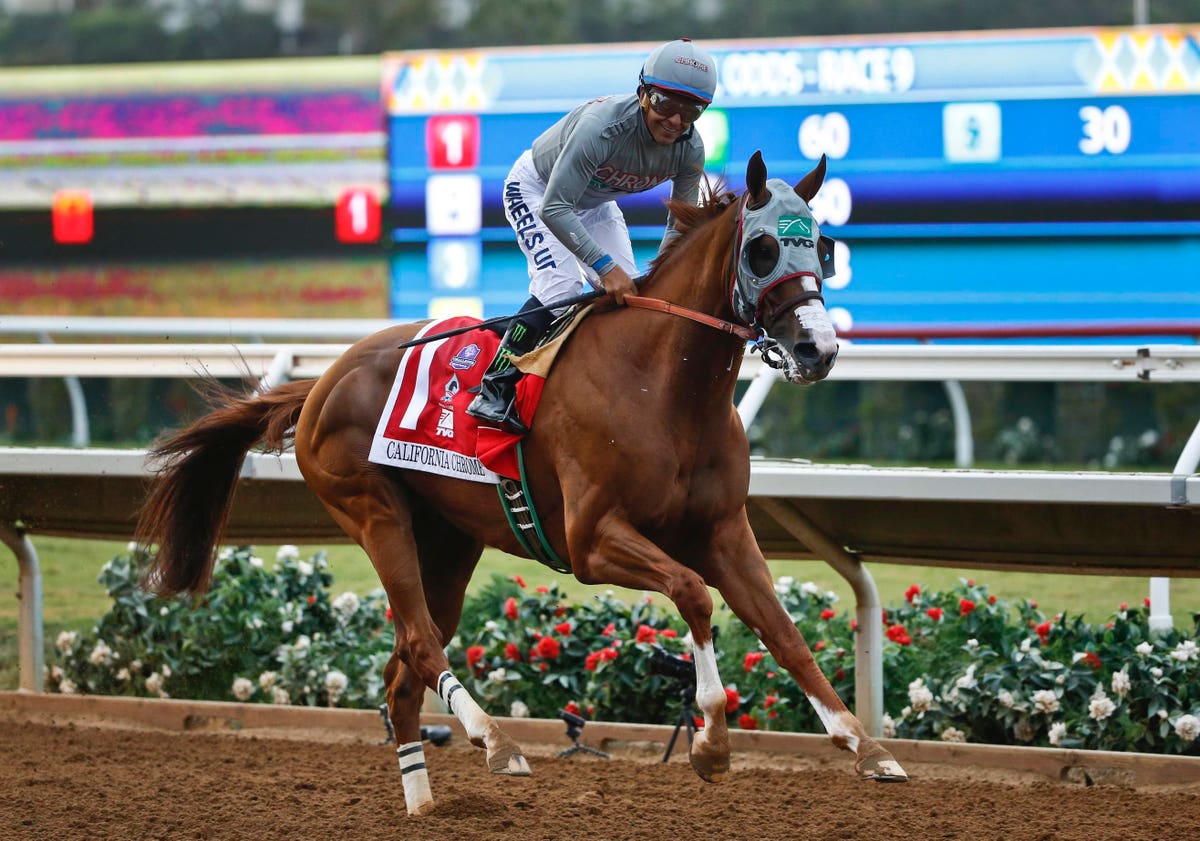 A pair of ‘Win and You’re In’ Breeders’ Cup qualifying races top the Saturday card at Del Mar led by the $1 million TVG Pacific Classic. The Grade 1 race does not have the star appeal of more recent editions, but the winner will still earn an automatic fees-paid entry to the $6 million Breeders’ Cup Classic Nov. 6 at Del Mar for the World Championships.

The 1 1/4 mile TVG Pacific Classic drew nine entries and is Race 10 on Aug. 21 with post time at 9:30 p.m. ET and 6:30 p.m local Pacific. The race is not on national television, but you can stream online and watch and wager on all the races live on TVG.

Profile of a Winner

Handicapper Chris O’Rorke added, “The post-time favorite has won six of the last eight Pacific Classic’s and hit the board in 9-of-11.”

That includes some or horse racing’s recent greats who have won the Pacific Classic during their Hall of Fame careers – Beholder (2015) and California Chrome (2016).

Royal Ship has hit at least 110 speed figure in two graded stakes starts this year when finishing 1st and 2nd at Santa Anita.

Express Train finished 3rd in a Grade 2 race at Oaklawn this spring with his best-ever 111 speed figure. He’s posted triple digit speed figures in nine straight graded stakes starts and won his last race five weeks ago finishing in front of Tripoli and Royal Ship going a much shorted 1 1/16 mile distance. However, in March Express Train finished a close 2nd at this same 1 1/4 mile distance and in front of Independence Hall and Tizamagician.

Independence Hall has not raced since April and has a pair of 3rd place finishes this year including his best speed figure of 110 in the Grade 1 Pegasus World Cup. He won his only start at Del Mar last November, and finished behind Express Train and just in front of Tizamagician in March.

Tripoli is the most improving horse and tearing up the track in his morning workouts. He won a pair of races this year with a best 109 speed figure, and his last start he finished a hard-charging close second behind Express Train at this same 1 1/4 mile distance.

When considering other challengers to include in win-place-show betting along with vertical and horizontal wagers, these horses can also cash-in for Del Mar bettors, Off-the-pace runners Express Train (3/1) and Dr Post (4/1) along with longshot Magic On Tap (20/1)

The TVG Pacific Classic has some moderate payoff potential with no clear favorite or proven dominant runner in this year’s 31st edition of Del Mar’s top race. But it’s worth wagering and watching on the beautiful seaside track’s biggest day of summer racing ahead of the Nov. 5-6 Breeders’ Cup World Championships at Del Mar.