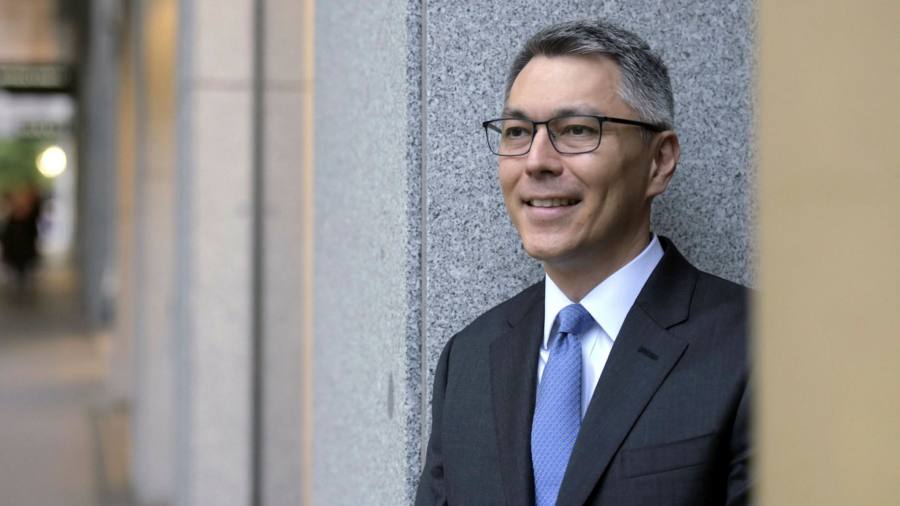 Since Mike Henry took the helm of the world’s biggest mining company in January 2020 he has been barely been able to travel because of the pandemic.

That changed this month when he made the 10,000-mile journey from BHP’s headquarters in Melbourne to its London outpost so that he could announce the biggest corporate shake-up since the merger that created the company 20 years ago.

Henry had to seek permission from the Australian government to make the trip and he will have to spend two weeks in hotel quarantine on his return. But he hopes the effort will be worth it as he seeks to persuade shareholders to back changes that will see BHP exit oil and gas and unify its complex corporate structure by moving to a primary stock market listing Sydney, forcing it to drop out of the FTSE 100.

He also announced plans to spend $5.7bn to finish the development of a huge Canadian potash fertiliser project, which he believes could become another leg for the business alongside copper, iron ore and coking coal.

Presenting the sweeping changes on Tuesday, Henry said the aim was to put BHP in a better position to grow and to benefit from shifts in global energy use. “With a more agile structure and a portfolio better geared to the global megatrends, BHP will be future fit,” Henry said.

At the time of his appointment, few could have guessed this mild mannered Canadian would act so decisively to position the company for these “megatrends” of decarbonisation, electrification and population growth. In the race to replace former chief executive Andrew Mackenzie, Henry was seen as the continuity candidate and a safe pair of hands.

“BHP’s unification and petroleum spinout is transformational,” said Tyler Broda, analyst at RBC Securities. “The transition period may add complexity and the shareholder votes are not certain to pass, but we think this structure is better for all shareholders.”

Henry, 55, who has Japanese heritage on his mother’s side, grew up in Abbotsford, a small town 70km to the east of Vancouver. He gained a degree in chemistry from the University of British Columbia and is fluent in Japanese and likes to play the guitar.

He joined BHP in 2003 after starting his career in the 1990s at Mitsubishi, the Japanese trading house. At BHP, he held roles including the head of marketing and, from 2016, he ran the company’s Australian operations, including its flagship iron ore business, before he was appointed CEO.

These jobs gave Henry — or “Meticulous Mike” as the Australian media have called him — a real understanding of what “goes on at the coal face”, he said.

While few analysts and investors were surprised when he landed the top job — BHP’s chair Ken MacKenzie said he had the “perfect” resume — the big unknown was his thinking about strategy and the big issues facing the industry. Those questions have now been answered.

“Essentially Mike is continuing the trend started by Andrew [Mackenzie] of further simplifying the company,” said George Cheveley, portfolio manager at Ninety One. “But I would emphasise this is not the end of the process — it’s the start. He’s laying the foundation for the future of BHP.”

Mackenzie, Henry’s predecessor, slimmed down the business, spinning off a group of non-core assets into a new company and selling its lossmaking US shale oil business. He also focused on improving the company’s operating performance — something Henry is also keen to do.

At the same time, BHP continued to invest in Jansen, its Canadian potash project and was forced into a public debate about the merits of its dual-listed company structure with activist investor Elliott Advisors.

This arrangement dates back to BHP’s 2001 merger with South African’s Billiton and involves two companies with separate legal identities and stock market listings in Sydney and London, which operate as if they were a single economic enterprise.

Mackenzie said: “I am pleased to see Mike add to and continue the simplification and refocus of BHP.”

People who have worked with Henry describe him as highly intelligent, analytical and measured. They say he is the antithesis of a “seat of the pants” leader and not one who “kicks chairs” when things go badly.

“He’s never like that. He’s always calm, rational and genuinely interested in the other perspective,” said one of the people.

He does not have the forthright public persona of some other mining bosses either. He is unlikely, for example, to lecture rivals on the economics of supply and demand, as former Glencore boss Ivan Glasenberg did.

But while he might lack the big personality of Glasenberg, people who have worked with him say his staff respect him. “He’s not a ‘rah-rah’ leader but do people love to work for him? Absolutely,” said a person who knows him well.

Assuming shareholders back the changes — BHP has said it will have a secondary listing in London — the next challenge for Henry and Johan Van Jaarsveld, the company’s business development chief, is to increase the group’s investment in “future-facing” commodities. These include potash, nickel and copper, which is used in electric vehicles and wind turbines.

That is all the more important because the exit from petroleum has left it more exposed to steelmaking commodity iron ore. Since the shake up was announced, BHP’s London shares have fallen almost 5 per cent and iron ore is down 18 per cent.

Henry starts at least from a position of strength. Aided by rising commodity prices, BHP reported its best annual results in almost a decade on Tuesday and declared a record final dividend of $10.1bn. However, it will be no easy task because large, high-grade mineral deposits in mining-friendly jurisdictions are a rare commodity.

Henry has already said BHP is unlikely to hit the acquisition trail unless assets become cheaper. “I want to be very clear that whilst we are open to M&A, we are very cognisant of where commodity prices are.”

“Now if the right opportunity arises at the right price, we will consider it. But I do want to impress on you that it is not just M&A as a route to future growth.”

He says BHP has a number of levers it can pull for future growth including exploration, making more of its existing resources, and partnering with smaller miners that have discovered deposits.

“Given where asset values are, we have been very focused on the first three of those,” over M&A, he said.