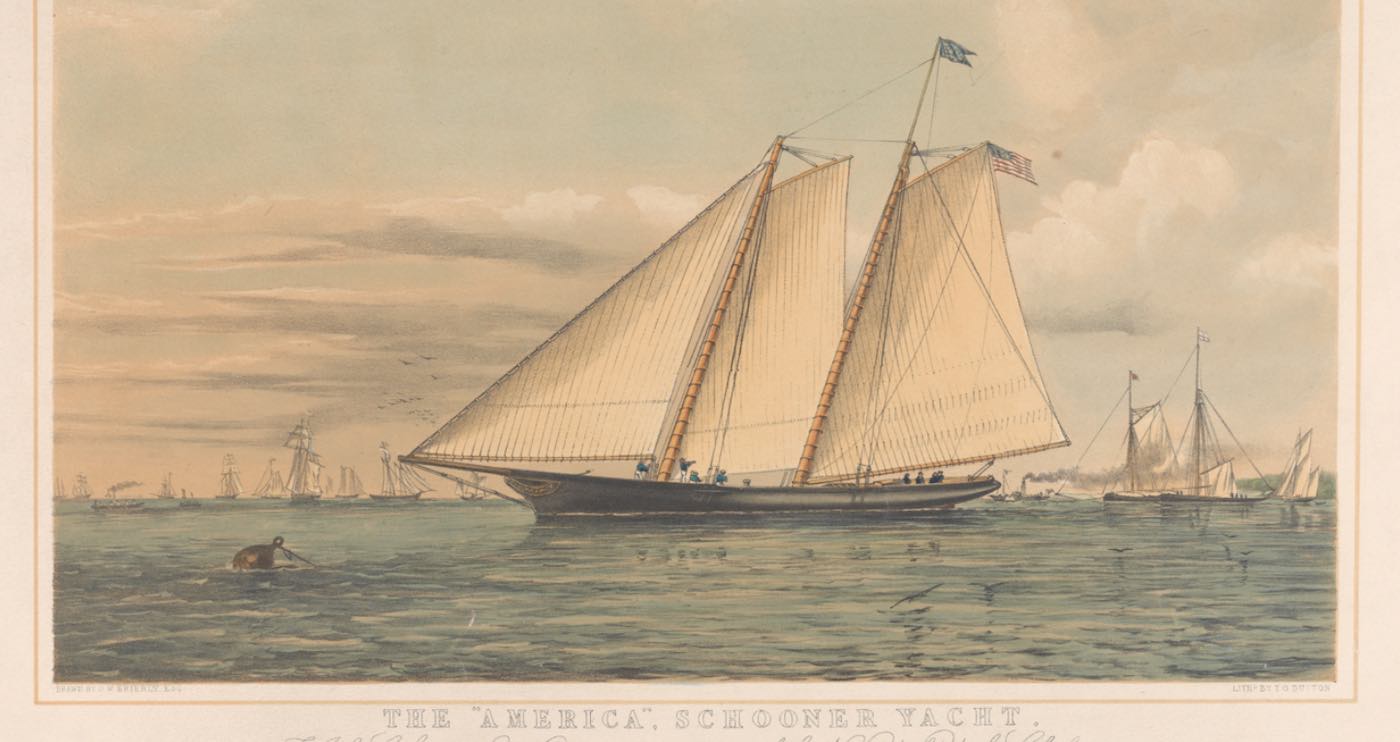 170 years ago today, an upstart team of sailors, on a yacht christened America, sailed past 15 others from the Royal Yacht Squadron in England to win the club’s annual race around the Isle of Wight, finishing 8 minutes ahead of the closest rival.

The trophy they won, and brought home to the U.S., was renamed America‘s Cup and dedicated to ongoing competitions, becoming the oldest competitive trophy in international sports—even predating the modern Olympic Games by 45 years.

Six years later, the surviving crew members donated the America’s Cup—named for the victorious vessel—to the New York Yacht Club, specifying that it be held in trust as a perpetual challenge trophy to promote friendly competition among nations.

After winning the trophy from England, the United States embarked on what would become the longest winning streak in sporting history. The 132-year stretch of domination saw American boats successfully defend the trophy 24 times from 1870 through 1980—until 1983, when Australia II became the first successful challenger to pick-off the trophy, bringing it home to the Royal Perth Yacht Club. WATCH a cool 170th Anniversary tribute and hear who won the Cup this year… (1851)

Team New Zealand held onto the Cup this year in March 2021 winning again in a new class of ‘sail boat’, which you can see below…

And on this day 82 years ago, actress-dancer Valerie Harper, was born.

Best known for her role as Rhoda Morgenstern on the beloved 70s sitcom The Mary Tyler Moore Show and its spinoff series Rhoda, she was given three months to live back in 2013—but defied the odds, competing on Dancing With The Stars the following year, and living six more years.

Originally a dancer, she earned four Emmy Awards and also a Tony nomination for her leading role in the 2010 play Looped. Her charity Lung Strong, had kept her active in the last years—as did cameo acting appearances and frequent voice-overs for animated characters on The Simpsons. Her 2013 memoir is called, I, Rhoda. She said in a 2016 interview, “A lot of stuff that looks impossible is not—and every day there is evidence of it.” (1939-2019)

71 years ago today, Althea Gibson became the first black competitor in international tennis, after US officials, bowing to pressure, invited the 23-year-old to play in the National Championships (now the US Open).

Born in South Carolina to sharecropper parents who moved to Harlem when Althea was six, their neighbors took up a collection to pay for her tennis lessons. In 1956, she became the first person of color to win a Grand Slam title (the French Open). The following year she won both Wimbledon and the U.S. Nationals– then won both again in 1958. Often compared to Jackie Robinson, and with a lifetime total of 11 Grand Slam tournaments, Althea Gibson (1927-2003) is often called one of the greatest tennis players of all time.  SEE her accomplishments in a short video… (1950)