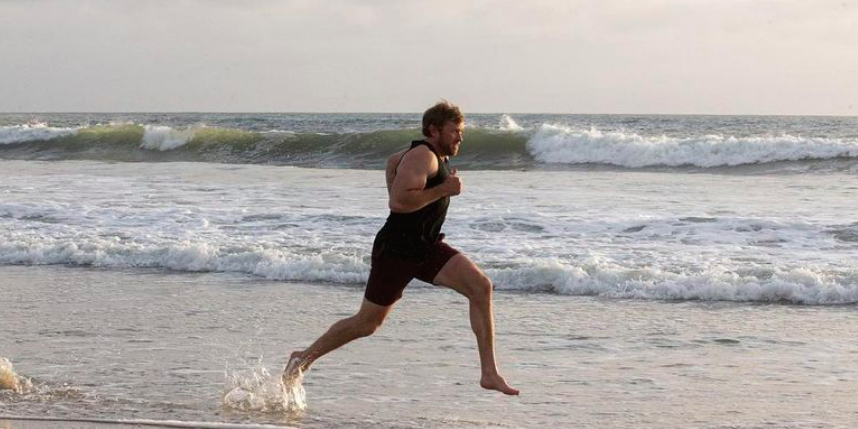 Ryan Hall made history as a runner, becoming the first American to break the hour barrier in the half-marathon. Since retiring from pro running in 2016, he has packed on the muscle and is now able to deadlift more than 500 pounds—while still holding onto his record as the fastest American runner of all time in the half and full marathon categories.

Hall’s wife Sara, meanwhile, continues to kill it as an elite distance runner; she was the first American in over a decade to reach the podium at last year’s London Marathon. Today, Sara is competing in a half-marathon race in Eugene, and in a post shared to Instagram last night, Hall broke down the seven most important things that they have both learned over the years about how to best prepare for a long-distance race.

First off, Hall recommends lying down rather than sitting wherever possible. “Sitting creates all kinds of tightness and kinks that you want to avoid pre-race,” he says

Secondly: eat up. A common pitfall is to not consume enough calories to keep you going when the time comes. “Don’t be afraid to eat,” he says. “Remember that you are fueling today for tomorrow’s race.” He also advises to “keep your food simple,” suggesting white meat and egg whites as good sources of protein and white rice and pasta as simple carb sources, as well as to keep your electrolytes up, “as they are needed not only for holding water/hydration but also for your muscles to neurologically fire.”

He also urges you to stay away from hot tubs as they can “leave legs feeling jello-y”, and says it’s perfectly normal to not sleep very well the night before a big race.

Finally, he says, be sure to enjoy yourself. “Reminding myself of this reality takes the pressure off and reminds me to soak it all in and enjoy every part of the experience,” he says. “I’ve found, when I am having the most fun is when I’m usually performing the best.”