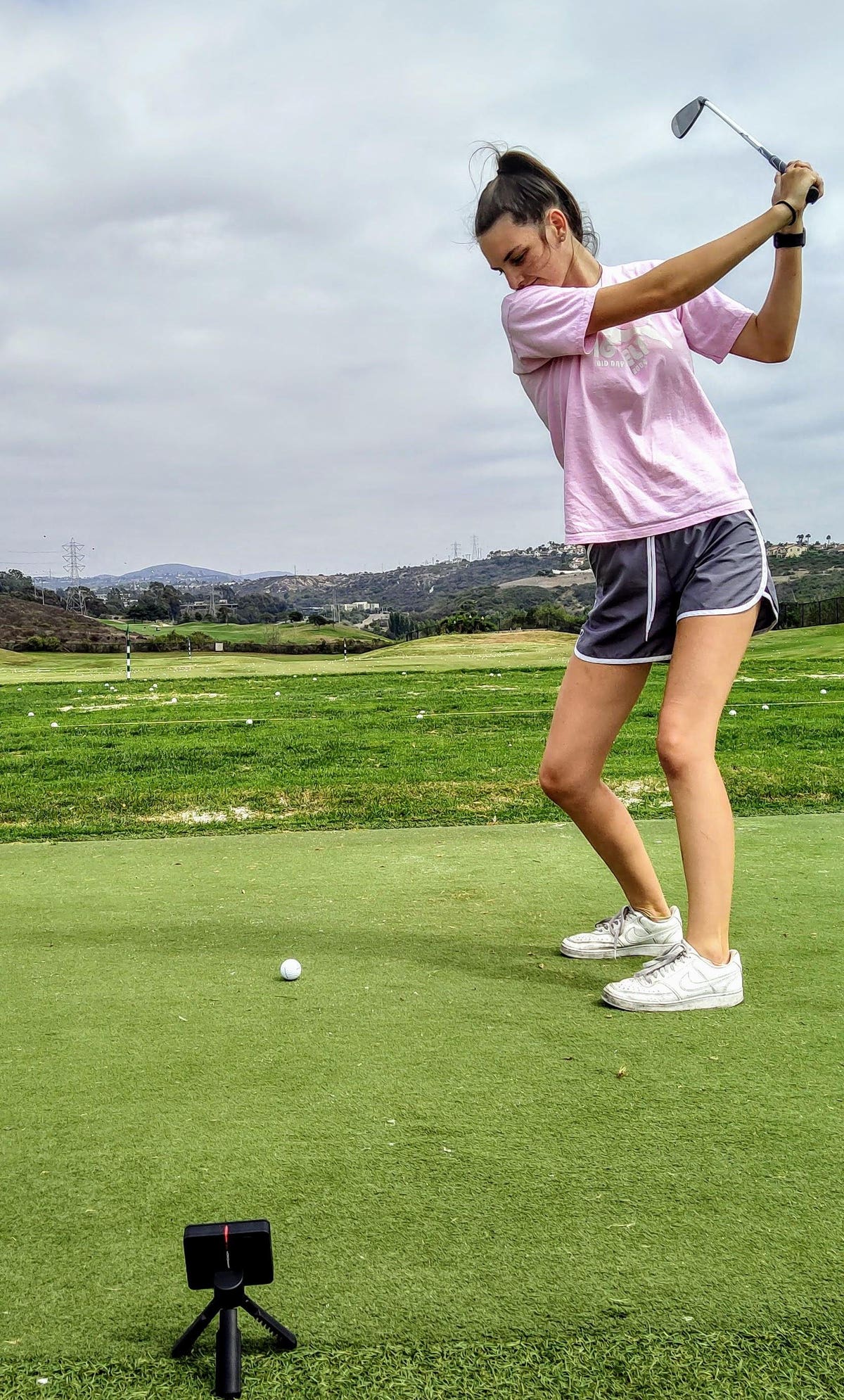 I’m not much of a numbers guy, when it comes to golf. I rarely use a GPS device or rely on the cart’s screen, to figure out distances. Maybe it’s because I’ve been playing golf since age 4. I can pretty much look at any ball on the course and tell you the precise distance to within three yards of the pin. My friends have called me out on my claim many times, only to lose their bet in amazement as they gauge it with a GPS device. I guess everyone has a gift — this is mine.

But I digress. As my swing’s begun losing mid-life power, I’ve become a lot more intrigued with how to get back the distance I’ve lost off the tee this year. I swear my driver is 15-to-20 yards shorter than last year. So I began looking at some of the portable launch monitors I’ve collected on the job the past several years. The one I’m currently intrigued with is Garmin’s new Approach R10. Yes, that Garmin — the navigation map company.

At $600, the lightweight tiny unit is a little on the pricey side. But it’s insightful and kind of cool. It’s designed to help golfers of all skill levels improve at home, indoors or out on the range — wherever they can hit a ball. Every time you swing, it shows your clubhead speed, ball speed, ball spin, launch angle and more. I quickly paired it with the brand’s golf app on my Android phone — it also works with Apple iOS — and got into the app’s Driving Range mode. I made a mistake when I first started testing the Approach R10, hitting golf wiffle balls in front of my house. The unit didn’t pick up a thing. Unable to figure it out, I phoned into Garmin customer support. The rep checked into my issue and confirmed my suspicion that it can only pick up your swing and ball data if you hit a real golf ball. So my next stop was the driving range.

After each shot, it displays pertinent swing data — tracking clubhead speed, ball speed, spin, launch angle, launch direction, smash factor and more — as well as strengths and areas of improvement. I could also see a detailed dispersion chart of where my shots went. I admit that there was some questionably inaccurate data, in my first range session: on my most-crushed tee shot of the session, the monitor claimed the ball traveled 70 yards. Um, no. Two other shots it told me veered to the right when they actually traveled with a right-to-left draw. When it works properly, it’s fantastic. What I loved about the system is you can have the app announce various data it collects. I had it read my total distance aloud after every swing. Apparently I had the volume set too high, because it caught the ear of some other guys down the range. They were more intrigued than annoyed though, and started asking lots of questions about the device.

I also set the Garmin to automatically record video clips through my phone so that I could later watch and analyze my swing. You can upgrade to the Home Tee Hero subscription feature and tap into a golf simulator, letting you virtually play some 42,000 courses. It also comes with a clever phone mount that you can easily attach to a golf bag or place on the ground as a kickstand to improve viewing during play.

The unit comes with a case, and its battery gets 10 hours per charge, according to Garmin. Honestly, the toughest part of using it is seeing your phone screen under bright sunlight. But you just need to turn up the brightness, to solve the problem — or just rely on the audible feature during your range session. This may not be my favorite portable launch monitor to date, but Garmin always brings game to its golf devices. And in this case, it may help me gain back my lost tee-shot distance. In which case I will likely become a numbers guy, after all.