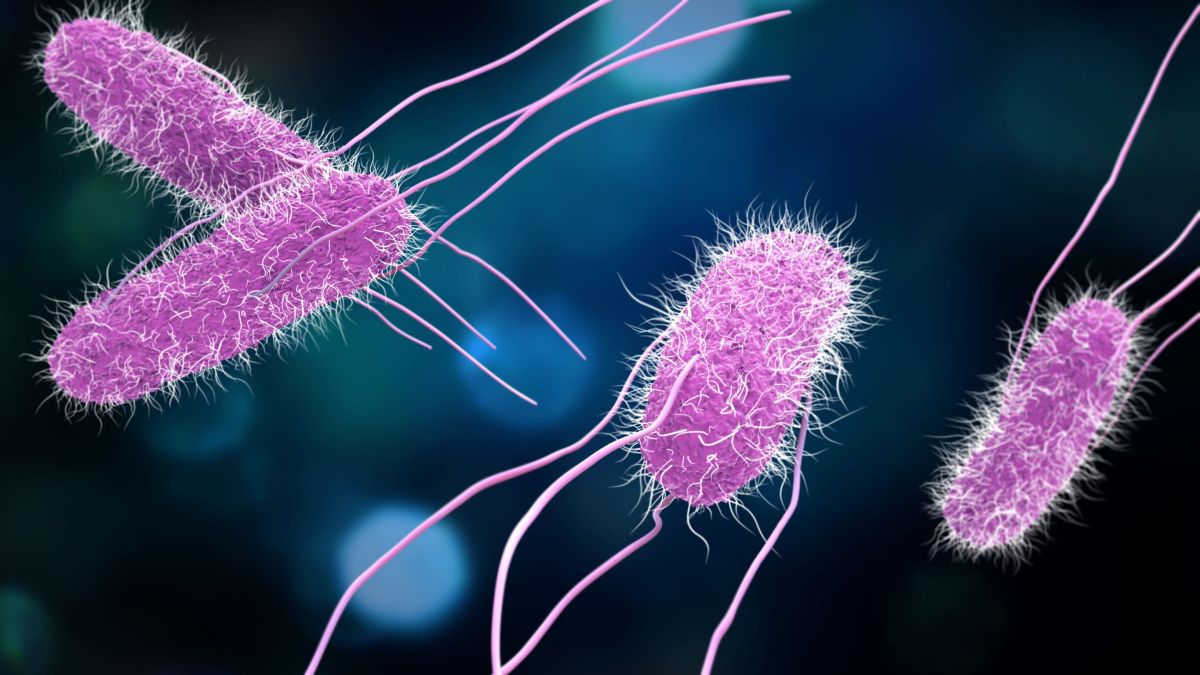 A Michigan restaurant was the source of an unusual Salmonella outbreak that lasted more than a decade, according to a new report.

Finding the source of this prolonged outbreak, which infected some three dozen people over 11 years, proved difficult, according to the report, published Thursday (Aug. 19) in the Center for Disease Control and Prevention (CDC) journal Morbidity and Mortality Weekly Report. Usually, health officials can trace a foodborne illness outbreak to a single food product that’s contaminated or not properly prepared. But in this case, officials determined that the outbreak was due to a “complex association” between the restaurant facility and the employees who worked there. Specifically, the facility itself was found to be contaminated, and some employees harbored the pathogen without showing symptoms, officials found.

The pathogen was so entrenched in the establishment that even rigorous cleaning and a kitchen renovation failed to eliminate the organism, causing the restaurant to close.

Related: Top 7 germs in food that make you sick

Michigan officials first became aware of the outbreak in 2012, when they identified several cases of Salmonella in Kalamazoo County, Michigan that were caused by genetically similar strains, meaning the cases could have come from the same source. These cases, which were caused by a strain of bacteria known as Salmonella Mbandaka, had popped up over the years since 2008.

From 2012 to 2014, officials tried to figure out how people were getting sick. Thinking that a single food item was likely the culprit, officials asked people questions about the food they ate before they got sick and the types of restaurants they visited. In 2014, they noted that five of the cases reported eating at a single restaurant in Kalamazoo County. But there still wasn’t enough evidence to firmly tie the restaurant to the outbreak. In 2017, officials began to home in on the restaurant as the source, and in 2018, they started a thorough investigation of the facility.

The investigation revealed that, from 2008 to 2019, 35 cases of Salmonella Mbandaka were tied to the restaurant.

Officials then collected numerous samples from the restaurant environment (such as kitchen surfaces), and asked employees to provide stool samples for Salmonella testing. They found that nearly 50% of environmental samples tested positive for the Salmonella Mbandaka strain, including samples from areas used for cooking, preparation, dishwashing and storage, as well as the restroom area. In addition, four of the 100 restaurant employees tested positive for Salmonella Mbandaka, even though they didn’t have symptoms. Follow up tests on these employees found that they continued to test positive for about 30 to 120 days. Employees could not return to work until they tested negative for the bacterium twice.

Scientists knew that people can be long-term carriers of another type of Salmonella bacteria, Salmonella Typhi, which causes typhoid fever. Perhaps the most famous carrier of Salmonella Typhi was Mary Mallon, a.k.a “Typhoid Mary,” a cook who likely infected dozens of people in New York with typhoid fever in the early 1900s, despite having no symptoms, according to The Washington Post.

But less is known about long-term carriers of “nontyphoidal” Salmonella, such as Salmonella Mbandaka, although some cases of this happening have been reported before, the authors said.

Research also shows that restaurant outbreaks in which environmental samples and workers test positive for Salmonella can last for longer than outbreaks that are traced to a single food source.

“The nearly 11-year duration of this outbreak attests to the potential recalcitrance of Salmonella in restaurant environments, the importance of hygienic restaurant policies and practices, and the challenge in source identification when cases occur intermittently and without a clear foodborne vehicle,” the authors wrote.

After two renovations and two deep cleanings of the restaurant in 2018, officials still detected Salmonella in the restaurant. So the establishment voluntarily closed in late 2018. “Food, dishes, storage, soft goods, chairs and tables were destroyed,” and the “building was deemed ineligible for food production or storage,” the report said.

The restaurant was not named in the report, but in December 2018, a Cracker Barrel restaurant in Kalamazoo County closed after it was linked to an outbreak of Salmonella Mbandaka, according to a statement from the Kalamazoo County Government. “Despite the extraordinary efforts made to eradicate the presence of this strain in the store environment, we couldn’t get comfortable that we could prevent a re-occurrence,” a statement from Cracker Barrel said at the time, according to local news outlet WWMT.