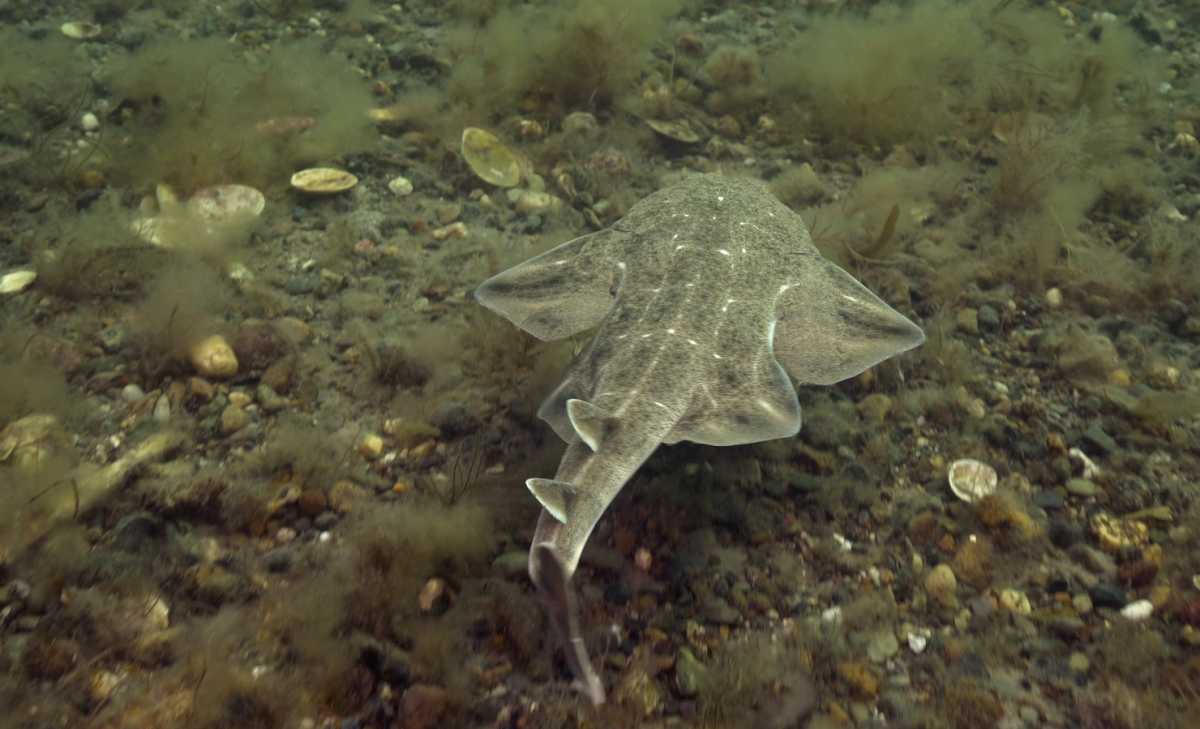 A young shark glides to the ocean floor, slaps the sandy ground with its head and disappears in a cloud of dust. A pause. A small fish swims by. And then… SNAP! The fish doesn’t know what hit it.

This is the scene in a stunning new video of a rare juvenile angel shark, recorded for the first time off the coast of Wales. Besides showcasing the elusive animal’s ninja-like ambush skills, the footage provided hope that the critically endangered sharks are still breeding in British waters, according to the researchers who shot it.

Marine biologist Jake Davies spent about 15 minutes recording the young shark during a recent dive. The shark, measuring about 12 inches (30 centimeters) long, is the first angel shark ever filmed in Wales, Davies said in an email. Thankfully, the elusive predator wasn’t camera shy; the shark displayed a wide range of swimming and hunting behaviors while Davies trailed it like a personal paparazzo.

“It was incredible to watch and film it swimming, burying into the sand and then using its camouflage to ambush prey,” said Davies, who is a project coordinator with the shark conservation group Angel Shark Project: Wales. “This footage is far beyond what we thought would be possible to capture in Wales.”

Angel sharks, which belong to the genus Squatina, have flat bodies that taper into wing-like fins on each side, similar to rays. They are ambush predators that lie in wait on the ocean floor, sometimes burrowing into the sand to camouflage themselves, according to Britannica. When prey swim by — usually small, bottom-feeding crustaceans and fish, such as gobies — the sharks emerge and attack with ninja-like precision.

While this sneaky, seafloor lifestyle gives the sharks a predatory edge, it also leaves them highly susceptible to trawling nets. Because of this, populations of all angel shark species have been in decline for the last 50 years, leaving them critically endangered, according to the IUCN Red List of Threatened Species. They live in relatively small numbers throughout the northeastern Atlantic Ocean and Mediterranean Sea, from Norway to Morocco.

To see the sharks breeding near Wales offers a small ray of hope for the genus, Davies and his colleagues said, and the dives could reveal valuable new information about angel shark range and ecology.