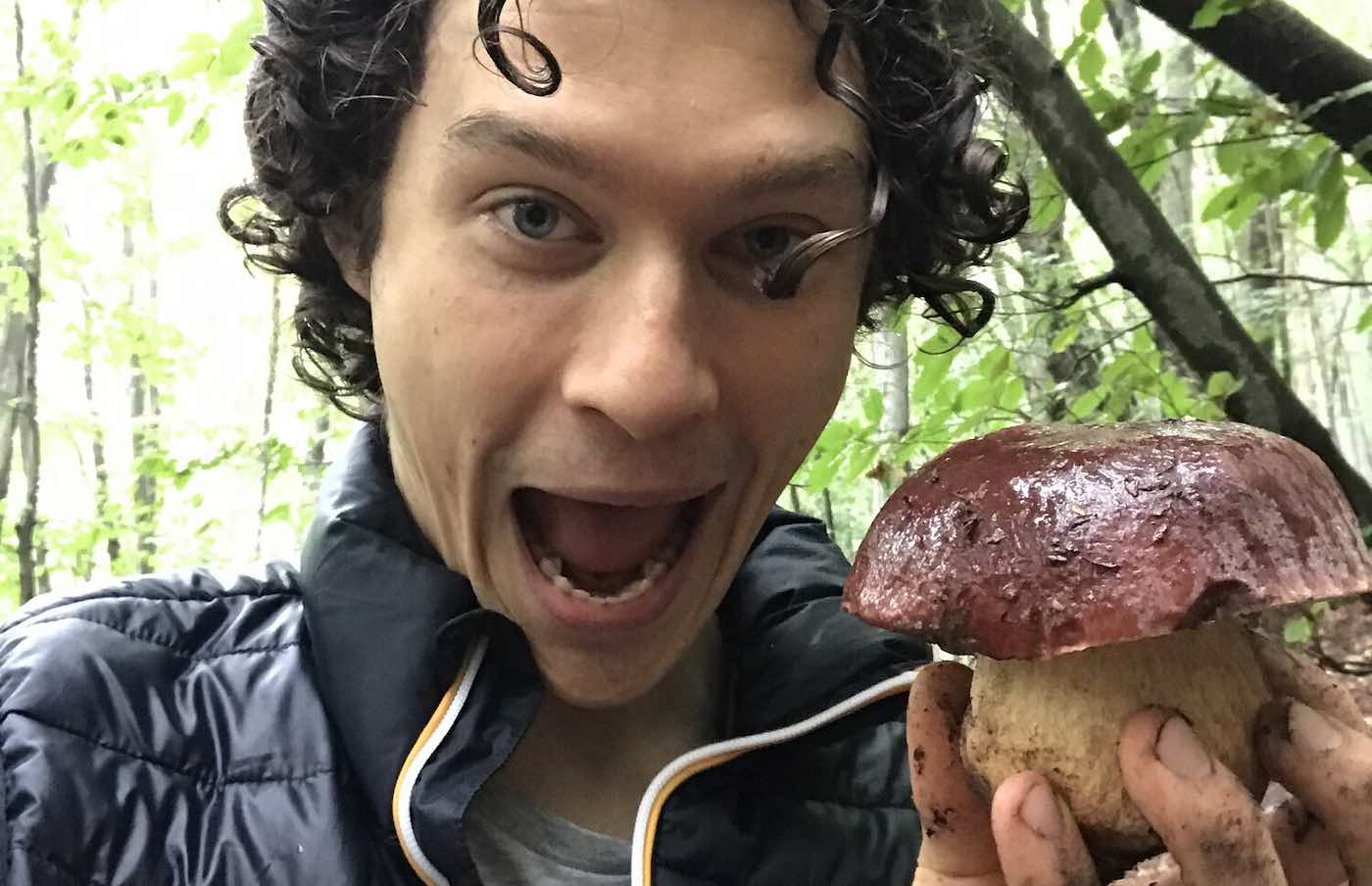 Foraging is a great way to get out into nature, stretch your legs, learn where your food comes from, and save a bit of dollar on groceries.

Autumn is one of the only times a year where everywhere you look there’s something you can eat. Orchards are flush with fruit, bushes spring to life with berries, mushrooms emerge from the forests, while on the coasts, bivalves are at their most plentiful.

Foraging is fun, but it should always be done with care to avoid both poison and the law, so there’s sort of an unwritten “Forager’s Code” worth following:

Five species of crabapple tree grow native to the United States, and the most numerous are the sweet crabapple, southern crabapple, and Oregon or pacific crabapple. Rich in the setting agent pectin, and often more sour than sweet, crabapples are perfect accompaniments to other fruit in jams and preserves.

Having enjoyed roses in spring and summer, autumn yields the famous rosehip, used for millennia in tea, but also fine to eat as they are found, plump and red from September to October in hedgerows, gardens, and public parks.

MORE: The Myriad of Massive Health Benefits in 6 Different Kinds of Mushrooms

They are rich in vitamin C, A, D, and E, and can also be used in cosmetics and grooming products. Just be sure to eat around or sieve out the seeds, as the hairs around them are  an irritant.

Blackberries, really there’s not much to be said. They grow profusely and can produce waterfalls of berries in late-summer early autumn. They have nasty thorns so maybe think about wearing thick gloves when harvesting this one?

Perfect for roasting on an open fire, chestnuts fall from their trees encased in large green balls of perilous spikes. They are sweet, and able to be roasted or even boiled in red wine, but there are a few things to note beforehand.

First, squirrels adore them, and so you must act fast to collect your share.

Second, the easiest way to collect them is to stomp on the sea-urchin like casing with a leather shoe, or something that can be penetrated by a small woody needle, and pick them out carefully. Lastly, you’ll need to store them in the freezer if you want them to last all the way to Christmas, so you’ll need to cut a deep slit into the long side of the chestnut with a special tool like this, (you could use a knife too).

If you feel like putting the effort in to crack open enough acorns to spoon out the nut material inside, soaking out the tannins and grinding them into powder, you will be rewarded with a super nutrient-dense, stodgy flour that Native Americans used to make bread and even a kind of cake, with a taste a little bit like peanut butter (or so I’ve heard).

The bounty of the sea, that is to say, mollusks and bivalves, increases in number towards the end of the calendar year. While foraging mussels, cockles, clams, and oysters on wild sections of coastline, or digging for them in mudflats is perhaps more ideally a winter activity, one can start in November.

Mussels should be picked only from fine clear waters at low tide, in areas where the tide doesn’t bring with it too much plastic and debris. They should be left in a bucket of saltwater overnight to clear out the grit.

Flat sandy beaches can contain cockles, small-shelled bivalves that grow in clumps. Look for cockle shells on the surface then rake across very lightly and shallow. Like mussels, leave them in the bucket overnight.

There are more than fifty different varieties of chanterelle, but all will radiate a luxurious perfume of citrus and apricot. Even though there may be some other mushrooms that look like the golden forest-lighthouse that is the chanterelle, they won’t have that wonderful scent.

Look for them along game trails, where there’s no sun whatsoever, and where water will remain in the soil longer than usual.

These mushrooms are one of the “Foolproof Four” forageable mushrooms, as they are very easy to identify and have few dangerous twins. Shaggy manes develop black gills that exude an ink-like substance, while their stems are hollow and fibrous. Otherwise a Google image search would do you well for finding them.

The mushroom will start to degrade soon, and must ideally be cooked before the day is done. A delicate woody taste means that anything strong will overpower the mushrooms completely.

Boletes mushrooms are different from others mostly by the lack of “gills” on the underside of their caps, replaced instead by what looks like sea or bath sponge. The king boletes or porcini is the king of the mushrooms, and, without drowning this listicle in detail, they must be processed—pickled, frozen, or dried with a proper dehydrator.

They are wonderfully delicious, and should be looked for around two to three days after a period of sustained rainfall. In the mountains is the best place to look, as the forest, along with reaching the right temperatures only a few hours per day-night cycle, is also easiest to reach by other mushroom hunters…

Having hunted porcini in the mountains of Italy, I know from experience what kind of luck it is to find around 14 kilograms of them. The people I told simply could not believe it. I didn’t have the heart to tell them that I had to throw almost all of them away, because they turned into maggot hotels within 12 hours of leaving the woods; to this day it is one of my greatest shames, but I did not understand the speed at which one must move having found them.

If there’s more autumn delicacies ready to be plucked from the bosom of the wild, tell us all about them in the comments below.