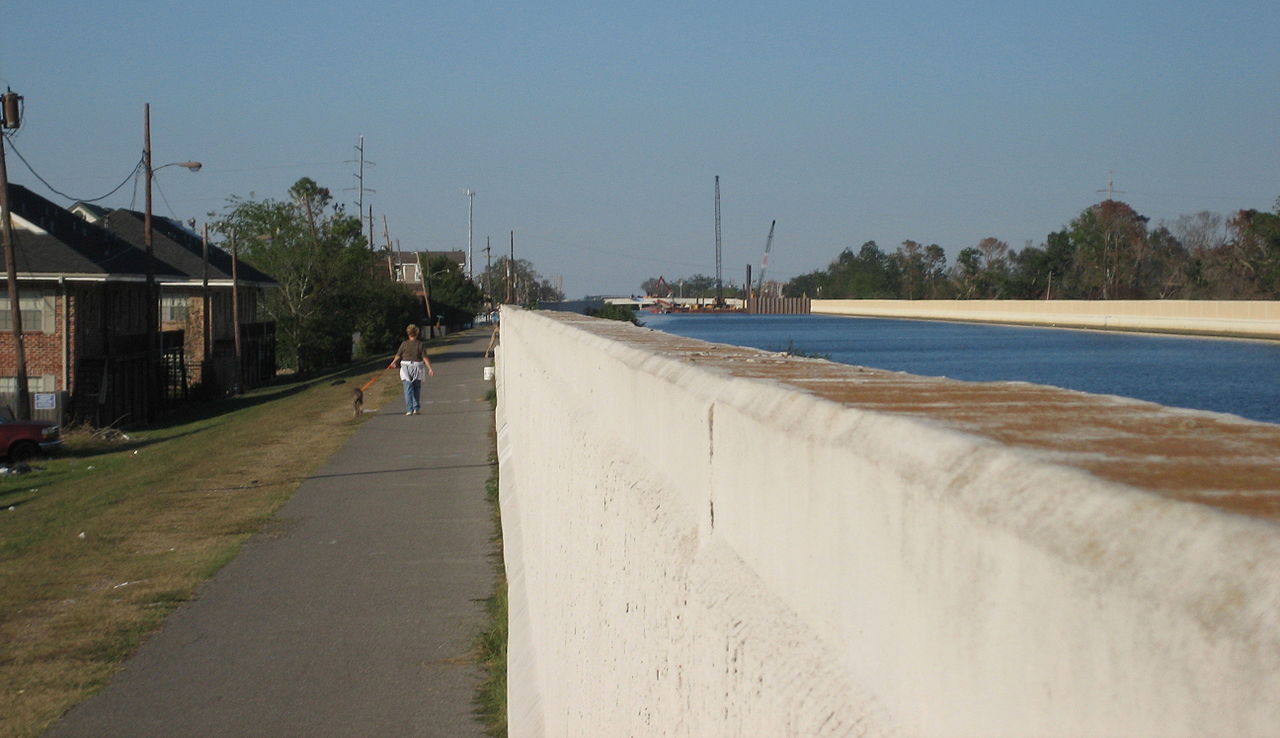 There are several “great walls” in the world, but in this very moment, none are greater than the “Great Wall of Louisiana,” the rebuilt-levees which just passed their first test as Hurricane Ida hit Eastern U.S. and parts of the Gulf Coast.

The 1.8 mile-long, $1.3 billion storm surge barrier along Lake Borgne is the largest civil-works construction project in the history of the U.S. Army Corps of Engineers, built eight years after Katrina.

Storms and two hurricanes have pressed the levees and other defense systems, but Ida is the first one to rival Katrina in fury. As one of the most powerful storms to hit the state since the 1850s, according to National Geographic, it was the moment that hundreds of contingency planners, and millions of residents were waiting for. Would the levees hold?

“There is no catastrophic flooding in New Orleans,” reported Rene Poche, a spokesman for the Army Corps of Engineers. “The system performed the way it was supposed to. That’s a big deal.”

Of course, saying “the levees” is to insinuate that defenses like the Great Wall are the only things that stand between Bourbon Street and obliteration, but the wall is only a glorious centerpiece in a network of systems designed to dampen storm surges and funnel rainwater out of the area.

For example, of the several that were build in the interlude between Katrina and Ida, the Gulf Intracoastal Waterway West Closure Complex is the world’s largest pump drainage system. Built of 1,071 pilings measuring 225 feet-long and 26 feet-high, it would be capable of filling an Olympic swimming pool in an astonishing four seconds.

MORE: Inflatable Floodgates in Venice Named After Moses Save the City for a Second Time

Together, the wall and the pump are the first line of defense for preventing Lake Borgne, the Mississippi River Gulf Outlet, and the Gulf Intracoastal Waterway from inundating New Orleans, New Orleans East, the Ninth Ward, Gentilly, and St. Bernard Parish with flood waters.

An additional 192 miles of levees and floodwalls, 3,530 acres of levee turf, and 244 land-based floodgates have been constructed with $14.5 billion of government money that has poured into Louisiana since Katrina.

Several other very impressive structures, like the Seabrook Floodgate Complex, featuring two 220-ton gates and a 600 foot-long wall, fortify the areas further afield from New Orleans, but the systems are now being supported by greener defenses.

The Mississippi River Gulf Outlet, a man-made channel which exposed the freshwater marshlands in the delta there to toxic levels of salinity, has been closed, bringing historical salinity levels back to over a million acres of coastal habitat.

RELATED: Realtor Updates Flood Maps on 14 Million Properties So US Homeowners Can Better Prepare For The Future

“This means that the basin will be able to support a variety of species, ranging from cypress trees to oysters, while work is done to restore the vital storm surge buffer that forested wetlands and marshes provide nearby communities, including the Lower 9th Ward and St. Bernard Parish,” writes the non-profit Restore the Mississippi River Delta.

America doesn’t always have the best track record of learning from the mistakes of the past, but at least in Louisiana the lessons of Katrina were well-taken, and hopefully we’ll see many storms like Ida succeed only in the huffing and puffing stages, without ever blowing the levees down.

RAISE Those Levels of Hope in Others by Sharing This Article…