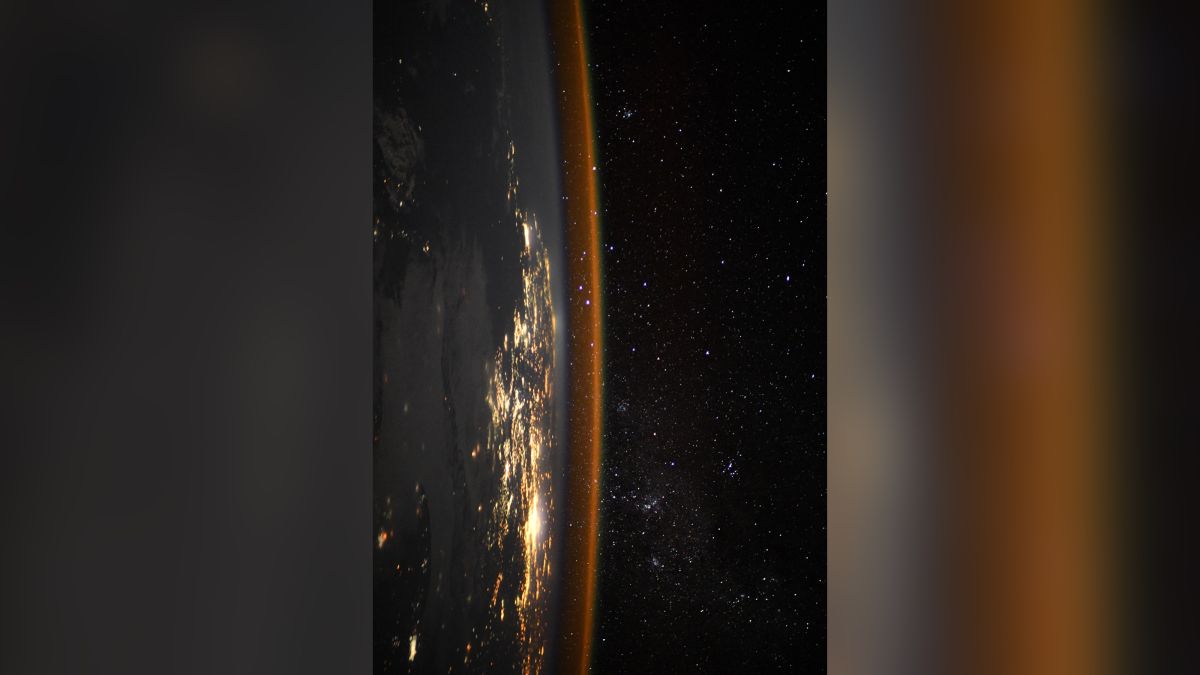 City lights cling to a tilted Earth as orange atoms slice through space in a stunning, surreal new photo taken aboard the International Space Station (ISS).

Thomas Pesquet, a French astronaut who arrived at the ISS for his second spaceflight in April 2021, captured the trippy image on July 30 while taking in the view from the space station’s cupola — a domed, seven-windowed observation room that peeps out of the station’s side. Looking out at Earth, Pesquet was particularly taken by the interplay of man-made and celestial light before him, the European Space Agency astronaut wrote in a post on Flickr.

“Sometimes star lights battle it out with city lights for who’s the brightest and more beautiful,” Pesquet wrote. “I’m just lucky to get to be the judge.”

You’ve likely seen photos of city lights from space before, but here Pesquet also gives us a rare view of a natural light phenomenon only visible beyond Earth’s atmosphere. That orange band streaming down the side of the planet is known as airglow — a natural luminescence that occurs when ultraviolet radiation from the sun energizes  molecules in the atmosphere, Live Science previously reported.

Floating another 200 miles (300 km) or so higher than that, the ISS is hardly the most accommodating venue for photography, Pesquet said. For one, it’s so dark up there that a camera’s shutter needs to remain open for as long as possible in order to capture any of the lights below. During that time, the photographer needs to hold their camera as still as possible — no easy task when your vantage point is orbiting the Earth at more than 17,400 mph (28,000 km/h). Some movement in the final image is to be expected, Pesquet said.

It’s all in a day’s work grappling with “the intricacies of space photography,” Pesquet added.