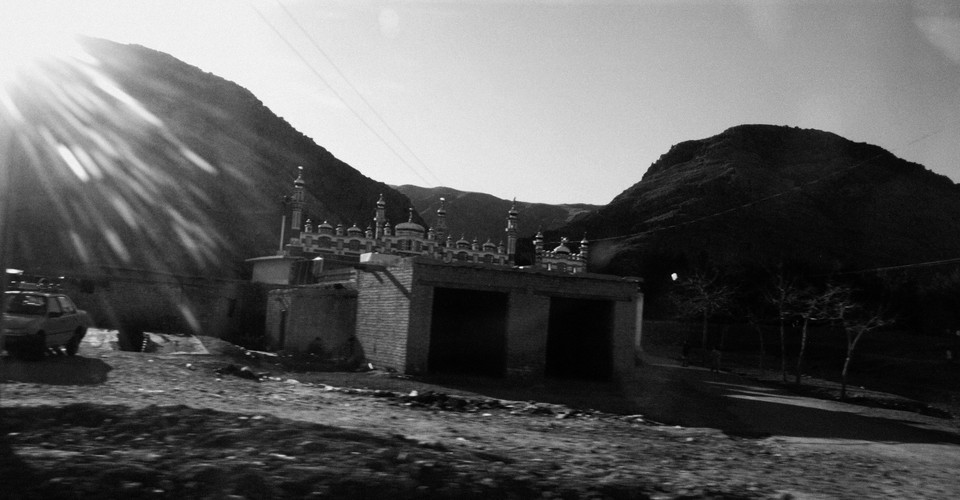 The United States today does not have so much as an embassy in Afghanistan, Iran, Libya, Syria, or Yemen. It demonstrably has little influence over nominal allies such as Pakistan, which has been aiding the Taliban for decades, and Saudi Arabia, which has prolonged the conflict in Yemen. In Iraq, where almost 5,000 U.S. and allied troops have died since 2003, America must endure the spectacle of political leaders flaunting their membership in Iranian-backed groups, some of which the U.S. considers terrorist organizations.

Twenty years after the 9/11 attacks, with trillions of dollars spent and countless lives lost, U.S. influence has been systematically dismantled across much of the Muslim world, a process abetted by America’s own mistakes. Sadly, much of this was foreseen by the very terrorists who carried out those attacks.

In 2004, al-Qaeda published a treatise titled Management of Savagery. The book codified existing al-Qaeda strategy, breaking it down into three phases, the first of which involved using violence to create adjoining “regions of savagery” where the writ of traditional governments does not extend.

We now see the success of that strategy. It is startling to realize how much of the Muslim world is in the hands of non-state actors. In Libya, armed factions battle for supremacy. Militias backed by Iran hold sway in Iraq, Syria, Lebanon, and Yemen—often fighting against rival Sunni groups, some of them affiliated with al-Qaeda. Somalia shows little sign of emerging from the grip of the local al-Qaeda faction, al-Shabaab. And of course, the Taliban once again controls Afghanistan. Taken together, that makes for an arc of chaos from North Africa to Central Asia.

Read: After 9/11, the U.S. got almost everything wrong

Afghanistan presents the worst tragedy yet. Long before the U.S. withdrawal last month, al-Qaeda had begun re-creating the network of training camps it operated in the country before 9/11. As far back as 2015, one such camp near the Pakistani border required 63 coalition air strikes and a ground force of 200 U.S. troops to dismantle. Nor is al-Qaeda alone in Afghanistan. Today’s Taliban seeks to shelter a variety of foreign terrorist groups, just as it did in the 1990s. In May 2021, a United Nations monitoring team estimated the number of foreign fighters in Afghanistan at 8,000 to 10,000, including Arabs, Central Asians, and Uyghurs. These fighters’ primary goal is the same as it was in the ’90s: to train in Afghanistan for deployment around the world. Monitoring by my intelligence and security consultancy, the Soufan Group, is already picking up social-media “chatter” suggesting that jihadist groups in Syria and Southeast Asia are redirecting would-be recruits to Afghanistan for initial training.

This combination—a hands-off approach from the U.S. plus a proliferation of jihadist groups in Afghanistan—ought to trigger alarm bells for anyone familiar with the history of al-Qaeda’s campaign of murder against America. Except now, Afghanistan is not the lone region of “savagery.”

When Osama bin Laden declared war on the U.S. in 1996—a few months after returning to Afghanistan—prominent among the factors that prompted him to do so was intense competition for recruits. His group at the time was well funded thanks to his own fortune, but al-Qaeda needed to distinguish itself from the many other terrorist groups based in Afghanistan. Attack America and provoke a response, bin Laden reasoned, and he would make himself even more of a hero among jihadis.

But the U.S. response to al-Qaeda’s first major attacks disappointed bin Laden. Following the 1998 bombings of American embassies in East Africa, in which more than 200 people died, the U.S. launched some 66 cruise missiles against al-Qaeda camps in Afghanistan. Without precise intelligence to guide them, however, they destroyed only a kitchen, a mosque, and a bathroom block. Not one of al-Qaeda’s leaders was killed or wounded. The suicide attack on the U.S.S. Cole, in 2000, drew no response whatsoever; American public attention was focused on that year’s presidential election. When I interrogated bin Laden’s driver and confidant, Salim Hamdan, in late 2001, he told me, “You brought 9/11 on yourselves. You didn’t respond to the Cole, so bin Laden had to hit harder.”

The “Planes Operation,” as it was called within al-Qaeda, was the brainchild of a freelance terrorist facilitator named Khalid Sheikh Mohammed, who happened to be the uncle of the original 1993 World Trade Center bomber, Ramzi Yousef. KSM, as he is known in American law-enforcement and intelligence circles, made his way to Afghanistan in 1996, around the same time bin Laden returned to the country. KSM told bin Laden his plan as it then stood: buy small Cessna planes, load them with explosives, and fly them into U.S. landmarks.

Bin Laden thought the seemingly outlandish plan was, if anything, not ambitious enough, and instead suggested using fuel-laden commercial airliners as missiles. “Why go to war with an ax,” he asked, “when you can use a bulldozer?”

Over the next few years, the plans were developed by a handful of senior al-Qaeda leaders, able to coordinate closely and maintain secrecy because of the organization’s secure base in Afghanistan. All 19 of the eventual hijackers were selected from the many foreign recruits undergoing training in al-Qaeda’s Afghan training camps. All 19 received valid U.S. visas. (It helped that 15 of them were Saudis, and therefore unlikely to be suspected of planning to become undocumented workers.) Some entered the U.S., left, and returned. One was able to make no fewer than five trips to see his girlfriend in Germany during the roughly 14 months between his initial arrival and September 11, 2001, when he crashed United Airlines Flight 93 into a field in rural Pennsylvania.

Twenty years later, Afghanistan is more attractive than ever as a launchpad for global jihad. The Taliban is orders of magnitude more sophisticated, and likely to endure far longer than the five years it managed last time. It is, for example, already in talks with China, a potential benefactor that holds veto power over any proposed Security Council sanctions. America’s longest war has flooded Afghanistan with advanced weaponry, much of it now in the hands of the Taliban. And the West has spent billions upgrading Afghanistan’s infrastructure. Meanwhile, U.S. influence in the country and its most important neighbors, Pakistan and Iran, is practically nonexistent. With America seemingly in retreat across the Muslim world, Afghanistan may become the hub for groups with a networked presence in many of the resultant power vacuums.

When bin Laden returned to Afghanistan, al-Qaeda was close to defeat. The Sudanese government had not only expelled him but confiscated almost all his assets in the country. His followers had dwindled to just a few dozen. In the five years that followed, al-Qaeda trained thousands of recruits in its Afghan camps, sent them to destabilize regimes across the region, and planned the worst terrorist attack in history.

Read: None of my students remember 9/11

Today’s al-Qaeda enjoys a much stronger foundation on which to build. Its component groups are embedded as combatants in conflicts in Yemen, Syria, and elsewhere. Collectively, these franchises have thousands of fighters. Al-Qaeda has long been renowned for its “strategic patience,” its ability to wait until the time is right before renewing attacks on the West. Today, little barrier remains to such a renewal. Indeed, as the competition for recruits picks up once more, al-Qaeda may again see it as an existential necessity.

With phase one of the Management of Savagery plan more or less complete, al-Qaeda will move to phase two: extorting the vacuums created by these conflicts to eventully build up “Islamic” regimes like the Taliban’s, aided by American withdrawal across the Muslim world. To the extent that this goes well, instability and anti-Westernism will deepen. To the extent that it does not, there is a high risk that al-Qaeda may return to attacking the West directly. Of course, it may pursue both strategies simultaneously. To guard against either scenario, the U.S. must work urgently to rebuild its diplomatic influence and intelligence networks throughout the region to effectively counter the threat and help reach political resolutions for the various ongoing conflicts.

Otherwise it faces the prospect of phase three: the areas controlled by al-Qaeda and its followers being declared a caliphate. The last time something like that happened was in 2014 in Iraq and Syria, and its consequences were disastrous.