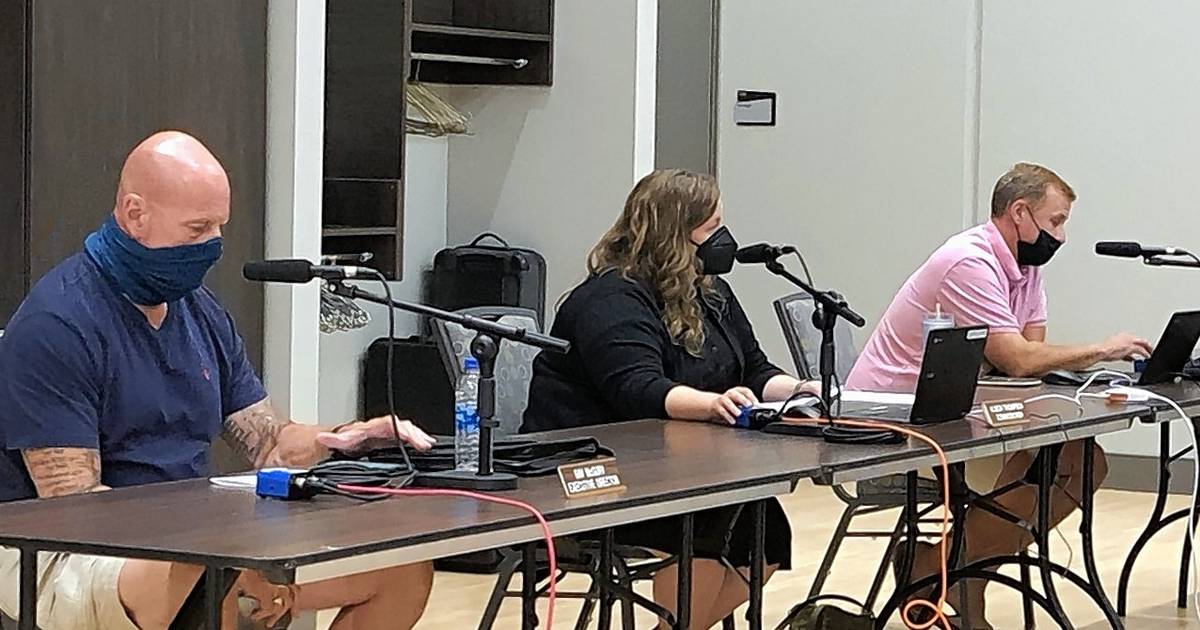 A Naperville Park District board commissioner is facing an ethics probe over his recent conduct on social media.

The controversy surrounding Commissioner Josh McBroom erupted this week when it was revealed he suggested in a private Facebook group that Executive Director Ray McGury is “beyond fed up” with the recent mask mandate issued by Gov. J.B. Pritzker. McBroom also reacted positively to a Facebook post insulting the five female board members.

McBroom apologized at Thursday’s board meeting for what he wrote about McGury, saying he shouldn’t be speaking for McGury and “doesn’t know what’s going on in his head.” McBroom, however, stopped short of apologizing to the female commissioners who said McBroom engaged in “body-shaming” in a series of posts in a Facebook group.

McBroom early last week wrote in the Open DuPage and Will County Facebook group, a private page advocating to “Unmask the Kids,” that it should be a requirement for board members supporting the mask mandate to play a full-court basketball game “masked up.” A commenter replied with a disparaging remark about the female board members, and McBroom responded with a laughing emoji.

“I responded quickly to a comment,” McBroom said. “End of the day, I’m a citizen and there’s nothing that says an elected official cannot say what they want to say.”

McBroom said he doesn’t support the mask policy and it’s within his rights to express those views online with “like-minded people” and his supporters.

“That’s part of my role in outreach to the community,” he said. “I apologize to Ray McGury. I apologize if someone thought I was directly body-shaming. That’s not what I was doing. I would never do that … a laugh emoji on a comment that I just went by quickly.

“But as far as putting the post out there, I will not take that back,” he said. “I’m not going to be silenced.”

After Park District Vice President Mary Gibson and other commissioners suggested an ethics investigation is warranted, the park district announced Friday that attorney Derke Price, the board ethics officer, will initiate an inquiry into possible violations and report back to the board.

“I think there are several issues here that are in direct conflict with our code of conduct,” Gibson said Thursday, “in particular communication and involvement with outside groups that interferes with ongoing administrative activity by staff, specifically implying gross insubordination by the executive director without a shred of evidence. Also publicly undermining the implementation of majority decisions of the board.

“And, just in general, I think publicly body-shaming fellow commissioners is inconsistent with our expectations of board member conduct,” she said.

All five female board commissioners, including President Marie Todd and the four commissioners elected in April — Gibson, Rhonda Ansier, Leslie Ruffing and Alison Thompson — addressed the online posts during Thursday’s meeting. Commissioner Rich Janor did not comment, saying he was aware of the posts but hadn’t seen them.

Reached Friday for comment on the ethics inquiry, McBroom questioned the motives of the other commissioners in bringing up the issue at Thursday’s meeting.

“If any of these commissioners had a problem with anything I’ve put on social media, they could have called me or they could have made it an agenda item so I could be prepared better to respond,” McBroom said. “They chose instead to spring this under ‘new business’ as a political stunt.

“This is the type of classic cancel culture everyone is so very tired of,” he said. “Their agenda is to silence people they disagree with, period. And if any ethics violations occurred, it’s the coordination between commissioners to publicly smear the reputation of a fellow commissioner.”