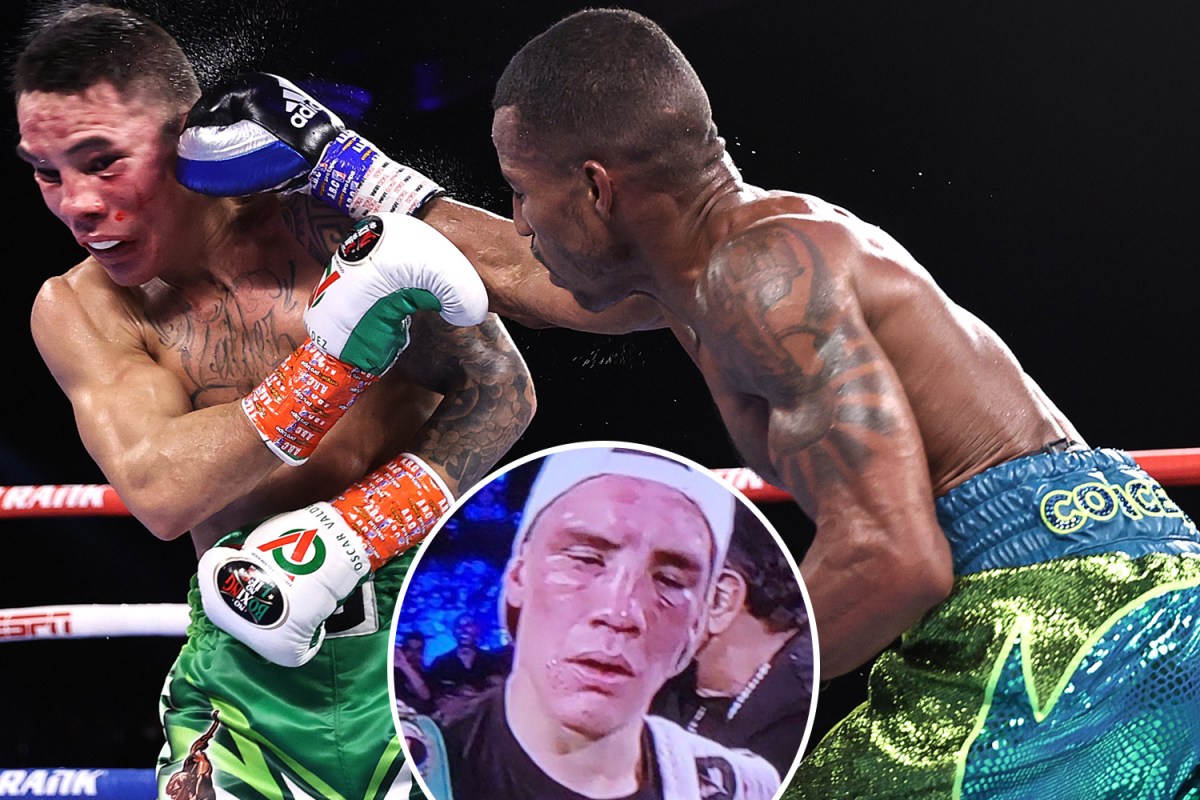 But the judges did not tell the whole story as the punch stats from the fight pointed in the challenger’s favour.

According to ESPN, Conceicao outlanded WBC champion Valdez by 141 shots to 83.

The Brazilian, who came into the clash with a record of 16-0, also threw 186 more punches across the 12 rounds.

But Valdez, whose fight went ahead despite him testing positive for the banned substance phentermine last month, still accused his opponent of ‘running’ in his post-fight interview.

He said: “I’ve been through enough this week, man. It makes the fight complicated when someone is trying to run the whole fight.

“If he wants to run? You can’t win a fight running like that.

“We all want the winner of Shakur Stevenson and Jamel Herring. Let’s do it.”

Valdez has come under intense scrutiny after his positive drugs test.

But in a recent interview with ESPN, he denied any wrongdoing and even suggested the findings may have been the result of drinking herbal tea.

He explained: “We’ve literally never done anything different as far as taking other supplements.

“You know, very simple supplements — vitamin C, vitamin B12 and all those normal vitamins that everybody should take.

“The only difference is that I’ve taken herbal tea. That’s the reason why I would think that could possibly be, but I’m still not 100 per cent how that got into my body.

“I gave up coffee a while back and I started taking more herbal teas.

“And just trying different types of teas was the only difference that I’ve done in this training camp, and that’s one of the reasons why I think that’s possibly it.”

The 30-year-old Mexican also suggested that some of his vitamins could have been ‘contaminated’.

Valdez described the situation as ’embarrassing and humiliating’ and says he has been left ‘hurt’.

He also insists he is ‘telling the truth’ and has always ‘been proud to be a clean fighter’.

Tyson Fury on Wilder trilogy, Joshua and his next five fights