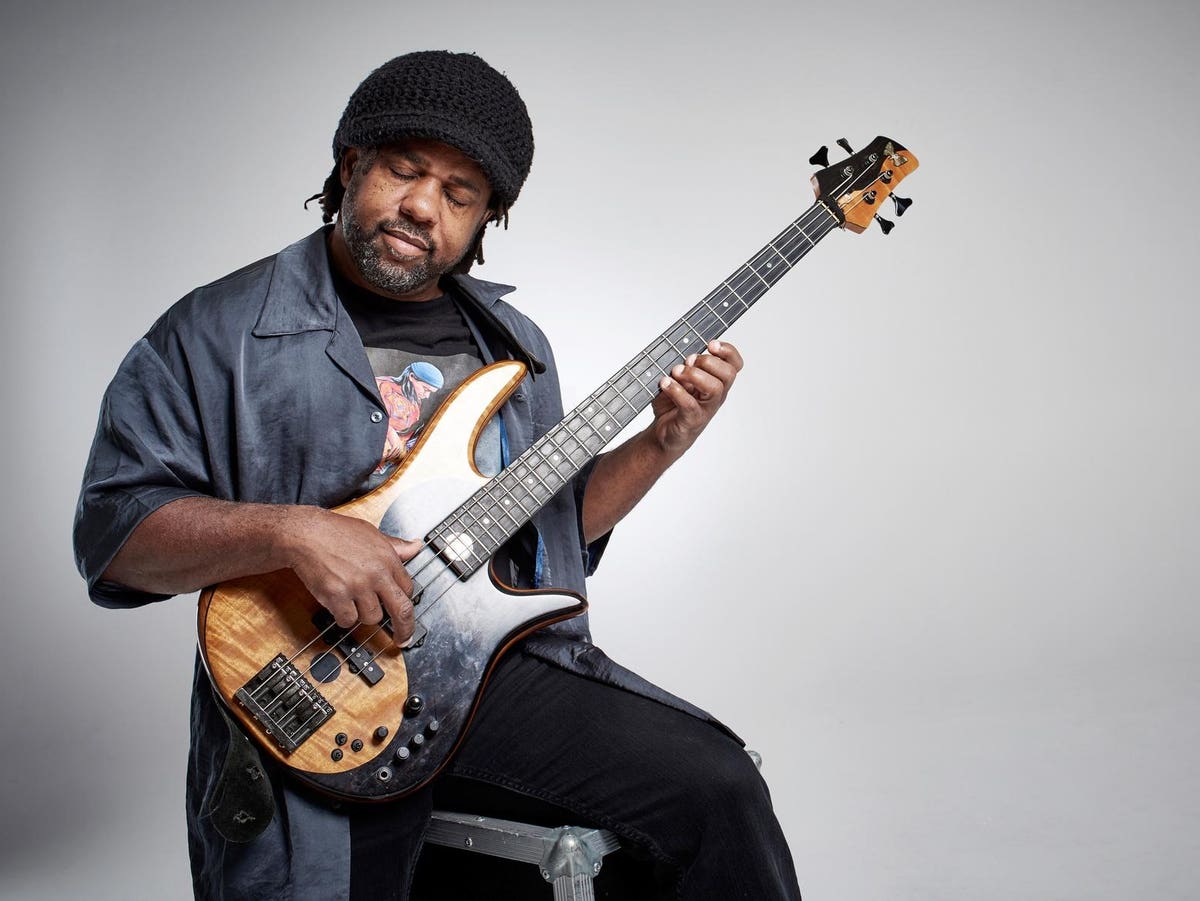 The pandemic is what happened while Victor Wooten was busy making other plans.

His idea, says the celebrated musician and father of four, was to address the “life” side of his work-life balance. Wooten, ranked by Bass Player magazine in 2020 as one of the top 15 bass players of all time, committed to a plan with his wife, Holly, two years ago.

Of course, the coronavirus pandemic altered and expanded that timeline. Wooten says he played bass “as little as possible” during months of lockdown, and you may be surprised to learn he “didn’t miss it at all.”

“We have a hard time distinguishing between who we really are and what we do,” says Wooten, a member of Bela Fleck & the Flecktones since that band’s founding in 1988. “And we define ourselves by what we do. So now with this pandemic, we can’t do what we do. We don’t know who we are. And I wasn’t falling into that trap.”

Happily focused on life at home for nearly 18 months, Wooten is returning to the stage this weekend as a headliner at Indy Jazz Fest in Indianapolis. The present configuration of the Victor Wooten Band includes two of his siblings, Joseph and Roy, and saxophone player Bob Franceschini. Keyboard player Joseph has been a member of the Steve Miller Band since 1993, and drummer Roy, also known as Future Man, helped establish the Flecktones 33 years ago.

Victor says performing with his brothers is a rewarding full-circle experience. In 1985, Victor, Joseph and Roy issued an album titled “The Wootens” with guitarist Regi Wooten and saxophone player Rudy Wooten on major-label Arista Records. The band of brothers didn’t connect with a large number of listeners, but they have a musical bond that stretches to pre-kindergarten days for Victor – who celebrated his 57th birthday Saturday.

“I’m the youngest, and my four brothers needed a bass player,” Victor says. “It’s a true story. When I was born, they already knew: I was the bass player.”

Growing up in an Air Force family, the brothers lived in Hawaii and Virginia before moving to Nashville. Rudy Wooten died in 2010. Regi Wooten, the oldest brother, is known for sharing his wisdom of funk with musicians such as Victor in his youth.

“A lot of people don’t realize that Regi taught me everything,” says Victor, a five-time Grammy Award winner.

Showmanship proved to be an important lesson Regi imparted on Victor, who spins his body 360 degrees while his bass remains relatively stationary, slings the instrument by its strap around his head and also flips his guitar for a midair revolution during performances.

“Nowadays I get awards; I get written up in magazines,” Victor says. “And Regi sits back and smiles. But he doesn’t do it just for me. There are a lot of famous musicians who have been through the Regi Wooten school of music.”

Since 2000, Victor has taught bass at the Victor Wooten Center for Music and Nature in rural Tennessee. The camp’s roster of alumni includes Divinity Roxx, who’s toured with Beyonce, and James Cook of Luke Bryan’s band.

Although Wooten steered clear of playing music during lockdown, that doesn’t mean he didn’t think about it. His book “The Spirit of Music: The Lesson Continues,” a sequel to 2006’s “The Music Lesson: A Spiritual Search for Growth Through Music,” was published in February.

The story of a battle to save live music from extinction, “The Spirit of Music” was in the works long before the pandemic and challenging times for closed music venues.

“(The pandemic) definitely was different than what I was thinking of,” says Wooten, who weaves the shortcomings of pitch correction technology and compressed audio files into his fantasy story. “But this scenario was a perfect addition to help amplify the concept I was talking about.”