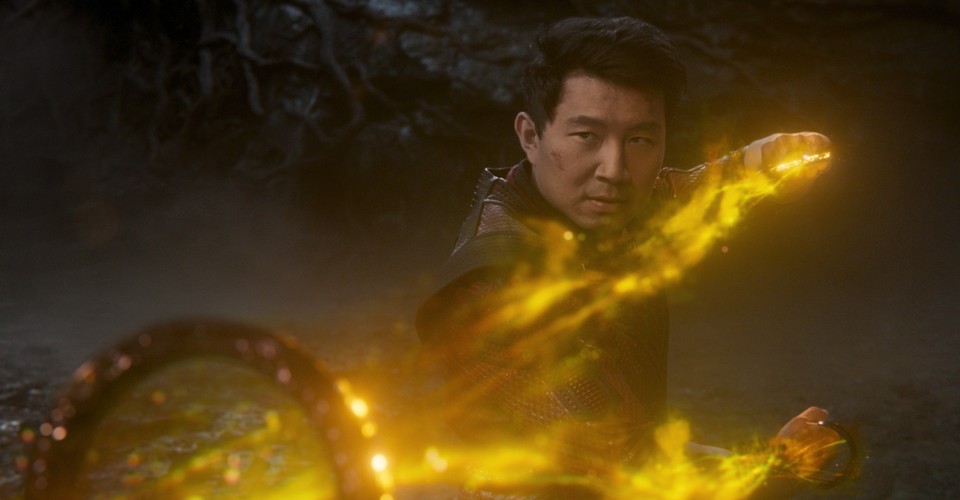 Three weeks before the release of Marvel’s latest superhero movie, Shang-Chi and the Legend of the Ten Rings, the lead actor and the distributor seemed poised for their own showdown. Bob Chapek, Disney’s CEO, had described the film as an “interesting experiment,” given that it would be the company’s first franchise title since the beginning of the coronavirus pandemic to hit theaters without simultaneously streaming on Disney+. Simu Liu, who plays Shang-Chi, responded on social media: “We are not an experiment … We are the surprise.”

That Liu bristled at the executive’s remarks is understandable. Despite the film’s healthy box-office projections, the media narrative about Shang-Chi in the weeks preceding its premiere positioned it as a gamble for Hollywood’s biggest franchise: Industry pundits cited the pandemic’s effects on ticket sales and the fact that Labor Day weekend is typically sleepy for theaters. Some fans were convinced that Marvel was marketing this film less than previous ones because of its obscure protagonist. Even a positive review began by referring to Liu’s character as “Shang-who?” In light of such framing, the obvious insinuation to Liu was that the film was doomed to alienate audiences not only because it would be available exclusively in theaters for 45 days, but also because it had a predominantly Asian, newcomer-heavy cast. For him, Chapek’s words reinforced the rumors that his film would be Marvel’s first failure.

Shang-Chi has not failed at all. The film earned $94 million domestically over its opening weekend, breaking the box-office record for a Labor Day release. Hollywood seemed relieved to see a movie do so well without an online viewing platform and responded swiftly: Sony Pictures moved up the release date of Venom: Let There Be Carnage by two weeks. On Friday, Disney committed to showing the remainder of its 2021 films—including Eternals, West Side Story, and The Last Duel—exclusively in theaters for several weeks before they hit streaming. (The Marvel Studios president, Kevin Feige, also smoothed things over between Chapek and Liu, calling the dispute “a misunderstanding.”)

But Shang-Chi’s immediate popularity isn’t the most telling indicator of its triumph so far. For films that are part of a blockbuster franchise, earnings tend to be significantly higher on Saturday than on Sunday, even on a holiday. Marvel’s Black Widow, for instance, dropped by 24.7 percent. F9 fell by 43.8 percent in its second weekend, which was during July Fourth. Shang-Chi, however, declined by a minuscule 2.1 percent. And it continued its reign this past weekend, drawing about $35 million in North America and topping the box office again. (Such a drop, roughly 53 percent less than it made during the previous Friday-through-Sunday period, is normal for blockbusters, but it’s significantly better than the 68 percent decline that Black Widow, which had been made available for streaming the same day it hit theaters, suffered.)

A Marvel film quickly topping the box office isn’t surprising, but Shang-Chi’s consistent viewership is noteworthy. Its persistence indicates the importance of an attentiveness to innovation that’s often clear to artists but neglected by risk-averse studios. The film is creatively gratifying for audiences—enough to fuel positive, steady word-of-mouth support. Moviegoers may be drawn to franchises, but they still want these stories to be fresh. Shang-Chi, without including a single pioneering Avenger in its main cast, confidently introduced its viewers to a new set of lead characters and a new corner of the Marvel universe. It’s the first project in the franchise’s “Phase 4”—the collection of post–Infinity Saga stories, including the Disney+ shows and Black Widow—to feel truly original.

Read: A superhero movie that’s worth seeing for the villain alone

Yes, much of that originality comes from Shang-Chi’s being the first in Marvel’s extensive library to star an Asian lead superhero. But the movie’s choices were more than cosmetic: It incorporated mythical creatures from East Asian lore, featured a significant amount of dialogue in Mandarin, and built its central narrative around Wenwu (played by Tony Leung), a character created to replace the stereotypical character of Fu Manchu from a xenophobic run of the comics. Shang-Chi is not just fresh material for Marvel. It’s a marked improvement over the franchise’s previous treatments of Asian characters and narratives: Iron Fist, the Netflix series that told a kung fu story through the eyes of a white character, one played by an actor who looked laughably uncomfortable performing fight scenes; Doctor Strange, a film that tried to avoid stereotypes and whitewashed a character instead; Iron Man 3, which featured an imposter version of the Chinese supervillain the Mandarin, played by the actor Ben Kingsley. Shang-Chi tackled Marvel’s legacy head-on, immersing the action in martial arts and addressing the fake Mandarin story, positioning Wenwu as the true Mandarin and bringing Kingsley back as comic relief.

The movie changed the narrative on-screen and off, making its record-breaking earnings feel unique: Despite facing higher stakes than any Marvel film before it, the project is now on track to be the first movie in almost two years to make more than $200 million domestically. Shang-Chi had to establish a new era for the franchise while righting its wrongs, fend off naysayers, and prove that films can still prosper in theaters during the pandemic. In the end, Liu and Chapek were both right. The film was many experiments rolled into one—and they all worked.