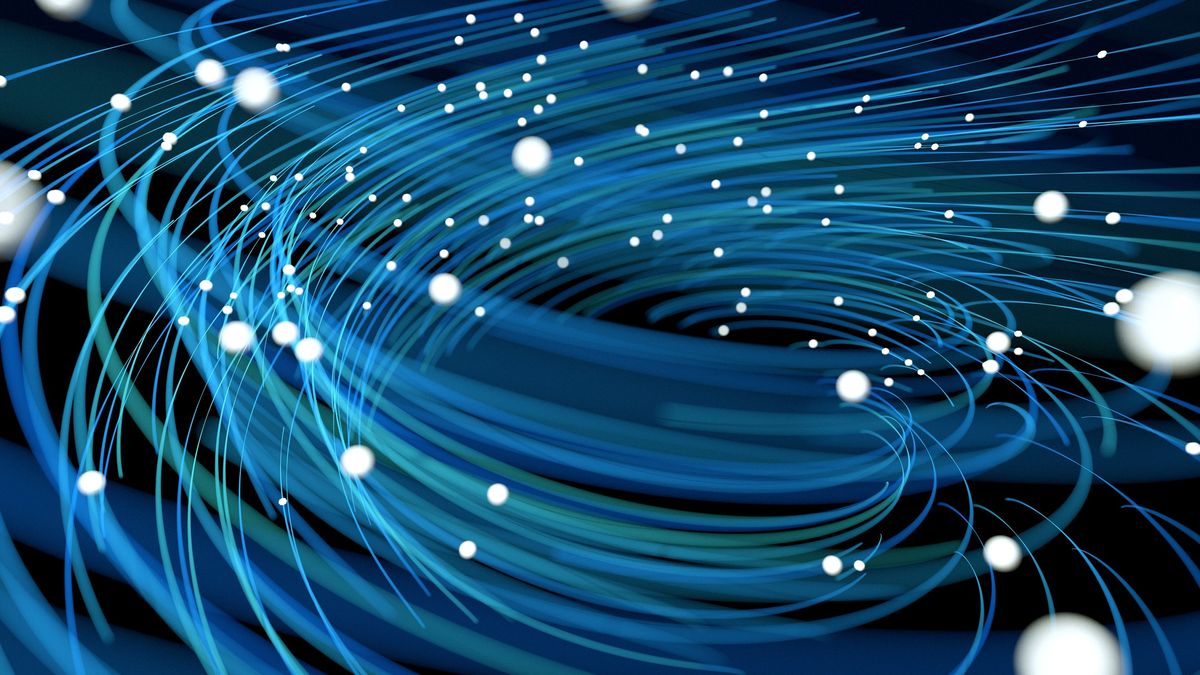 Physicists have created the first-ever atomic vortex beam — a swirling tornado of atoms and molecules with mysterious properties that have yet to be understood.

By sending a straight beam of helium atoms through a grating with teeny slits, scientists were able to use the weird rules of quantum mechanics to transform the beam into a whirling vortex.

The extra gusto provided by the beam’s rotation, called orbital angular momentum, gives it a new direction to move in, enabling it to act in ways that researchers have yet to predict. For instance, they believe the atoms’ rotation could add extra dimensions of magnetism to the beam, alongside other unpredictable effects, due to the electrons and the nuclei inside the spiraling vortex atoms spinning at different speeds.

“One possibility is that this could also change the magnetic moment of the atom,” or the intrinsic magnetism of a particle that makes it act like a tiny bar magnet, study co-author Yair Segev, a physicist at the University of California, Berkeley, told Live Science.

In the simplified, classical picture of the atom, negatively-charged electrons orbit a positively-charged atomic nucleus. In this view, Segev said that as the atoms spin as a whole, the electrons inside the vortex would rotate at a faster speed than the nuclei, “creating different opposing [electrical] currents” as they twist. This could, according to the famous law of magnetic induction outlined by Michael Faraday, produce all kinds of new magnetic effects, such as magnetic moments that point through the center of the beam and out of the atoms themselves, alongside more effects that they cannot predict.

The researchers created the beam by sending helium atoms through a grid of tiny slits each just 600 nanometers across. In the realm of quantum mechanics — the set of rules which govern the world of the very small — atoms can behave both like particles and tiny waves; as such, the beam of wave-like helium atoms diffracted through the grid, bending so much that they emerged as a vortex that corkscrewed its way through space.

The whirling atoms then arrived at a detector, which showed multiple beams — diffracted to differing extents to have varying angular momentums — as tiny little doughnut-like rings imprinted across it. The scientists also spotted even smaller, brighter doughnut rings wedged inside the central three swirls. These are the telltale signs of helium excimers — a molecule formed when one energetically excited helium atom sticks to another helium atom. (Normally, helium is a noble gas and doesn’t bind with anything.)

The orbital angular momentum given to atoms inside the spiraling beam also changes the quantum mechanical “selection rules” that determine how the swirling atoms will interact with other particles, Segev said. Next, the researchers will smash their helium beams into photons, electrons and atoms of elements besides helium to see how they might behave.

If their rotating beam does indeed act differently, it could become an ideal candidate for a new type of microscope that can peer into undiscovered details on the subatomic level. The beam could, according to Segev, give us more information on some surfaces by changing the image that is imprinted upon the beam atoms bounced off it.

“I think that as is often the case in science, it’s not a leap of capability that leads to something new, but rather a change in perspective,” Segev said.

The researchers published their findings Sept. 3 in the journal Science.