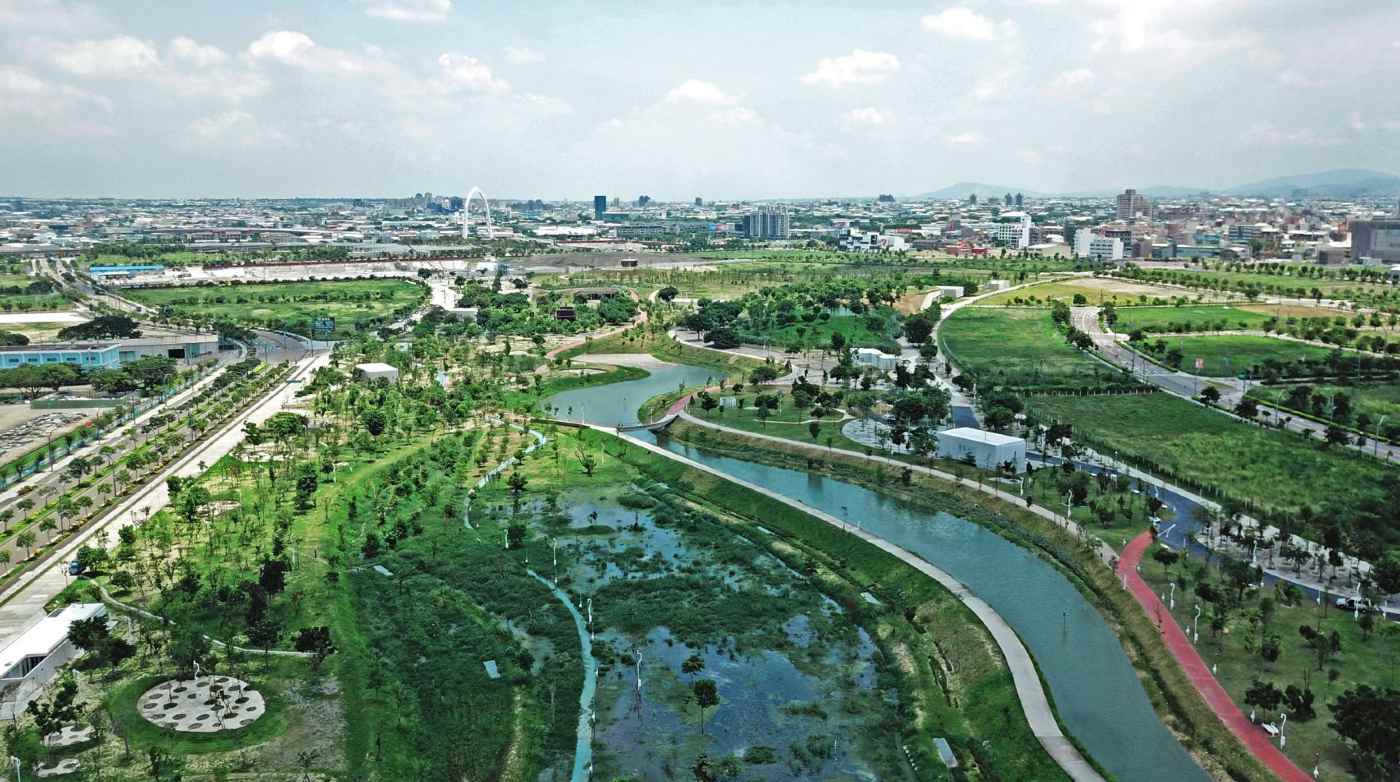 An abandoned airport in Taiwan has been chosen as the stage for an exciting project in landscape architecture, blending green spaces with sensory experiences to create a refuge in one of the island’s biggest and most crowded cities.

The Phase Shift Park in Taichung will include 200 different plant species, and 10,000 trees to shade residents from humidity, but the real spectacle will be 12 urban landscape installations, corresponding with the philosopher Rudolf Steiner’s ‘Principle of the 12 Senses’.

Taichung’s air isn’t actually that bad, as most neighborhoods are labeled as “good” on the World Air Quality Index, however sitting just beneath of the Tropic of Cancer, and warmed by the Kuro-Shio, one of the largest marine currents on Earth, the hot, humid, and sticky air can be stifling in the summertime, holding water vapor and toxic particulates from car exhaust down near the ground.

The trees were chosen to offer maximum shade, and are built alongside winding lanes going from north to south, and through unique installations that play on Steiner’s senses of speech, taste, hearing, equilibrium, thinking, vision, movement, ego, touch, warmth, smell, and life.

MORE: Stunning Train Station Being Built in Mexico Uses Mayan Design to Bring Sea Air in and Keep Rain Out

Designed by French architecture firm Mosbach Paysagistes, the topography was carefully designed to maximize water permeation during the wet monsoon season. Underneath the soil lies complex flood control and irrigation measures that will ideally allow the rains to refuel the trees year-round.

The concept art and preliminary images show a futuristic landscape rather than a natural oasis.

It will do as much to bring tourists to the city as offer shelter, fresh air, and a play space for local residents.

RELATED: How One Developer is Turning Farm Storage into Soaring Yet Affordable Apartments

Steiner believed that the world was essentially an indivisible entity, and that it’s our consciousness which divides it into split realms of sensory experience.

It’s a fascinating guide with which to experience something like a park, and one which speaks to the breadth of our potential to connect with nature even in somewhere as dense as the urban center of Taichung.

GREEN Up Those Social Networks and Share the Good News…