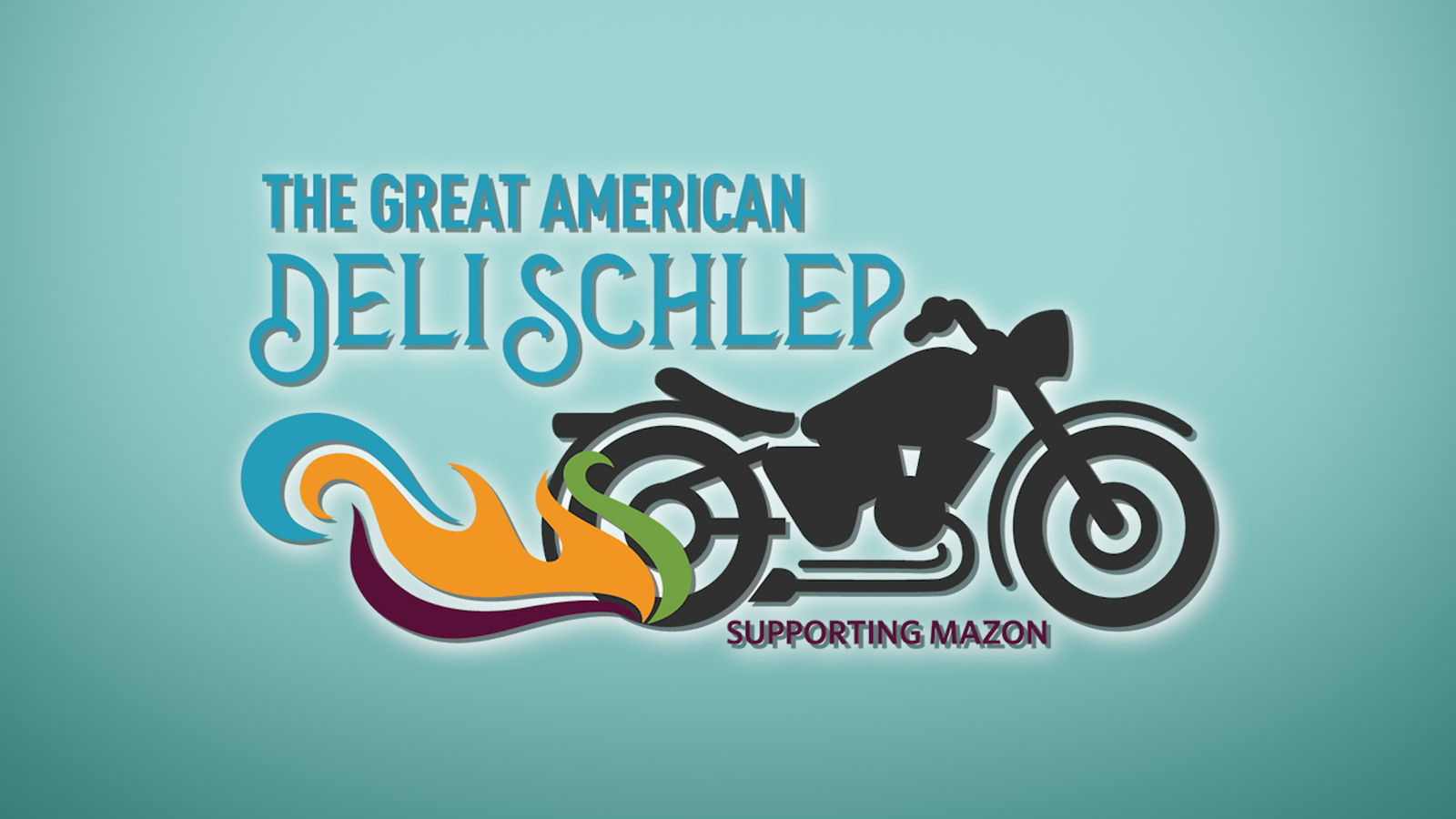 CHICAGO — A north suburban man traveled 15,000 miles to visit the best Jewish deli in every state – and used his motorcycle mission to fight food insecurity.

Steve Goode spent his summer doing something GREAT. Goode left his Deerfield home behind for 75 days to visit dozens of delis across the U.S.

Goode’s love for motorcycles started as soon as he was old enough to get his license. While away on a trip to California before attending the University of Illinois – Urbana-Champaign, his father called to say he sold Steve’s bike.

“I said, ‘You can’t do that!’ He said, ‘Stop me,'” Goode said. “But as soon as I got out of college, I bought a motorcycle and started riding again.”

The 1972 incident wasn’t enough to forge a rift between father and son – they were in business together for nearly 40 years.

The 67-year-old is no stranger to the road, especially those less traveled. Upon his retirement in 2012, Goode had more time to take major motorcycle trips. His previous high mileage journeys include visiting every national park, all 48 contiguous states and the country’s four “corners.” Goode prefers to take back roads, where there’s less traffic and where you “find out what America’s all about,” he said.

“The best part of riding a motorcycle long distance is just the amount of beauty you see in this country,” Goode said. “When I did my national parks trip, (…) I joked with my wife, ‘I saw the Sistine Chapel, the David and the Mona Lisa all in the same day.’ It was just incredible.”

Goode’s latest itinerary landed in his inbox when a friend sent him a map created by The Nosher, depicting the best Jewish deli in every state. As he began mapping the route and calculating the mileage, Goode’s wife, Judi, suggested he partner with MAZON: A Jewish Response to Hunger https://mazon.org/. The nonprofit’s mission is inspired by Jewish values, though it aims to end hunger for people of all faiths and backgrounds in Israel and the U.S.

Together with MAZON, Goode christened the ride the “Great American Deli Schlep,” capturing the light-hearted nature of the trip and nodding to the cuisine and culture underlying it.

Goode is also well-versed in Hebraic humor as a member of the Jewish Motorcycle Alliance, an international organization for Jewish motorcycle enthusiasts. The group’s 33 chapters have “punny” names https://www.jewishmotorcyclistsalliance.com/clubs like the “Kosher Hogs,” “Shalom and Chrome,” “Hillel’s Angels” and the “Chaiway Riders.”

The Schlep was originally set for May 2020, but it was postponed due to the pandemic. When he first began coordinating with MAZON, the organization said there were 38 million Americans – equivalent to the entire population of Canada – who dealt with food insecurity, meaning they didn’t know where their next meal would come from. COVID caused the need to double: Roughly 80 million Americans struggle with food insecurity today, according to the organization.

“Whether you’re in New York or California or Kansas, it doesn’t matter – there are people who are having issues,” Goode said.

“The trip was pretty intense,” Goode said of the road hazards and weather conditions he encountered along the way. Each day he’d hit the road around 6 a.m. and pull off to sleep at about 10 p.m. He was hit by a wayward tire on the New Jersey Turnpike. He rode through plenty of rain, including a monsoon in Texas. He altered his route in the Pacific Northwest and rode beneath hazy skies across much of the Great Plains due to the forest fires that were burning.

But a stay at his brother’s home in Scottsdale, Arizona, brought a unique kind of fright.

Goode was repacking his luggage the night before his departure and saw something move. It was a scorpion.

“It scared the living daylights out of me!” he said.

He grabbed the bag with the scorpion in it, threw it outside and watched the creature scurry away.

“I was absolutely freaked out. Because if he was in the bedroom, where’s his big brother? Where’s his other friends?” Goode said. “I must’ve checked under the bed 25 times before I went to bed that night. I pulled every piece of luggage apart to make sure there were no more scorpions in that room.”

The challenges were balanced out by great rewards, however: hearty eating and tons of new connections.

“My wife coined the (phrase), ‘New friends, old food,'” Goode said. “That’s really what I took away. If you want a deli anywhere in the country, call me! I know the guys!”

Nearly every deli was family owned, Goode said, and each one had its own unique origin story and personality.

One standout was Hershel’s East Side Deli in Philadelphia’s Reading Terminal Market. Stephen Safern opened the deli in 2000 to honor the legacy of his uncle, who helped Safern’s father escape the Nazi invasion of their hometown in Poland.

“That’s just a heartwarming story,” Goode said. “Because without the uncle, his father wouldn’t have made it.”

BernBaum’s, another family-owned deli in Fargo, North Dakota, is owned by a couple where the husband is Jewish and the wife is Scandinavian. The eatery’s offerings incorporated both their cultures.

Stein’s Deli in New Orleans is all about counterculture.

“It’s run by an attorney who didn’t want to be an attorney. His business card is modeled after Starbucks, (and) his title is ‘Owner/Head Jerk,'” Goode said. “It’s like an old hippie that’s running a deli. He knew every client that walked in (and) they loved him. It was just a lot of fun.”

“It was just a fascinating cross-section of America,” Goode said.

He also enjoyed making connections with fellow Jewish Motorcycle Alliance members and other folks he met along the road. During an interview with a reporter in Seattle, he discovered that she had been college roommates with the daughter of a childhood friend from Chicago’s South Side who now lives in Boston – and whose house he stayed at during his visit to the city.

“So here I’m sitting in Seattle with an unrelated party, I happen to mention this guy’s name, and there’s a connection in Boston,” he said. “It doesn’t get much further apart than Boston and Seattle.”

The biggest “wow” moment of the trip happened on a meandering Utah road.

“I’m driving along, and it’s just beautiful,” Goode said, describing the sun peeking through the mountaintops and the river running alongside the road. “And I just sort of teared up (at) how blessed I was to be physically able to do this, financially able to do this, have a family that supported me doing this and have the opportunity to ride around the country and make new friends. It just all sort of hit me how lucky I am to be able to do this trip and have this opportunity.”

As of Sept. 1, Goode’s Great American Deli Schlep had raised more than $18,000 for MAZON. To read Goode’s travel blogs or make a donation, visit mazon.org/delischlep.