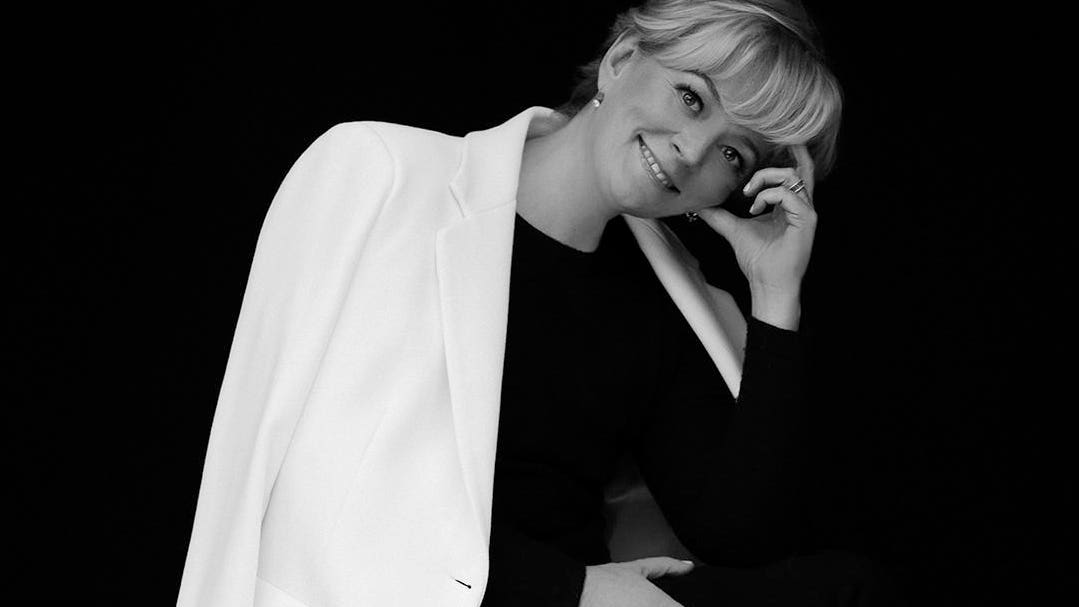 In the 30-plus years since Jo Malone launched her eponymous fragrance brand, Jo Malone London, she’s lived a thousand lives.

“Determination, guts, grit—that’s what stands out the most,” says Malone, taking an incredibly generous trip down memory lane with me on Zoom.

“That tenacity came from the young little girl that was told she would never make anything of her life,” she chokes up. “Look where I am, you know? I did make something of my life, and not just mine but many others.”

After leaving school at the age of 15, Malone began building a career as a facialist, but quickly realized she had an instinctual talent for creating fragrances.

As the years went on, her personal brand grew and her clients—including the one-time Duchess of York, Sarah Ferguson—demanded more scents, more often.

Which was difficult enough to keep up with, before Oprah shared Jo Malone London’s ‘must-have’ perfumes with a global audience.

Shortly after, Estée Lauder Companies came a-knocking—offering “undisclosed millions” for the brand—turning the dyslexic school dropout into one the world’s most successful businesswomen overnight.

“I’ve got no academic education, I didn’t finish school, I’ve got no qualifications, and I think I’m a real torch for those that look at life differently,” says Malone. “I never felt inferior in front of them and I never let them think I was inferior.

“You will always get some twit that says something, but you either let it get to you or brush it off.”

Jo Malone London grew from strength to strength, reaching cult status among beauty lovers and finding its way into all the world’s most luxurious department stores—a dream come true for Malone, who stayed at the helm throughout.

Then, in the height of her success, she was diagnosed with breast cancer.

“I was given nine months to live,” she remembers, taking a deep breath. “I was 38 years old and it was the biggest shock—I thought older people got breast cancer.”

In a state of panic, she called the late Evelyn Lauder—then Senior Corporate Vice President of the Estée Lauder Companies and a fierce breast cancer advocate—for advice.

“She said, ‘remember, honey, you made lemonade out of lemons’, and within 48 hours I was on a plane to her specialist in New York.”

As we talk through the days that followed—days filled referrals to specialists, scans, lumpectomies, surgeries, and incomprehensible levels of fear—Malone wells up. “I was supposed to fly back to London seven days later,” but her doctor explained that wouldn’t be possible.

With DCIS throughout her entire breast tissue, a mastectomy would be imperative. And urgent.

For the next twelve months, Malone received aggressive chemotherapy and cancer treatments that would, eventually, give her the all-clear from cancer, but leave her with no sense of smell.

“I was too scared to admit it to anyone in the company,” says Malone, “and I didn’t feel like I belonged there anymore. I felt it was a job, just a business, and I’d never felt that in my life.”

Feeling she had no better option, she announced that she would be leaving the brand and didn’t think twice until her final week at the company, six months later.

“I knew I’d made the biggest mistake of my life, and I couldn’t unravel it. I couldn’t suddenly say, ‘look, I still can’t smell!’”

To make matters worse, her contract’s non-compete meant she wouldn’t be able to create anything in the beauty or fragrance industry for five years.

“The lockout was harder than fighting cancer,” she says. “With cancer, I had a purpose. I had a purpose to survive, for my family, and I had doctors that knew what they were doing all the way along.

For five years, she cried every time she entered a department store or beauty hall and began to experience crippling anxiety.

“Then, believe it or not, one morning I woke up and could smell everything again. The coffee in the kitchen, the lemongrass on the towels…”

And the next chapter of her life.

As the end of her lockout neared, Malone thought about opening a small shop to create fragrances and candles in an intimate setting, but found her dreams got bigger and bigger as the weeks went on.

“You know, once you’ve built a global brand and you’ve had that sweet taste of honey in your mouth, you definitely want to do it again.”

With her husband [Gary Wilcox] by her side, personally and professionally, the pair picked a name—Jo Loves—and funded the business from the ground up.

But it wasn’t as easy as she remembered. “Starting a business is always hard work, but it was a million times harder with Jo Loves than Jo Malone,” she admits.

With an immense amount of change happening across the beauty industry at large, Malone found her marketing, distribution and comms strategies weren’t working. In fact, they left Malone feeling “embarrassed and humiliated” for the first two years.

She asked her husband if they should pull the plug, but he refused, encouraging her to focus on product and creativity while he problem-solved behind the scenes.

“I got more wrong in the second business than the first, but we got the products right, and that’s why we’re a global brand today. Sales are phenomenal, but it took a lot of blood, sweat and tears to get there.”

By the time the first Jo Loves store opened in October 2013, things had turned around. Thanks, in large part, to a large J-shaped ‘tapas bar’ that was used as an experiential fragrance counter.

“The tapas bar was the next generation of the hand and arm massage and it cost us pennies in the grand scheme of things,” says Malone.

At the bar, customers delighted in free personalized scent experiences—Bath Cologne warmed in a tagine and released in a cloud of scented steam, Cleanser cocktail-shaken over ice and strained into a glass, Lotion is whipped and foamed before being swept onto your skin with a paintbrush, et al.

Educating, entertaining, and exciting. “And it would translate, almost 100% of the time, into a sale.”

“Every minute of every day I pinch myself. Even right now as I’m sitting here, I’m thinking ‘I was the girl from the council estate, with not a penny in my pocket!’. I’m so grateful.”

Is a Jo Malone London-esque acquisition on the cards?

This time, however, she plans to treat a seemingly inevitable acquisition like a courtship. Sparks, eternal vows and all. “If we go through with an acquisition, I will always lead the creative in some way. I am my best person with it, and my worst person without it.”

For now, Malone is happy creating new products, growing the company, and working on careful brand collaborations that help the wider world differentiate her from her namesake brand (the small collection of fragrances she’s created for Zara, at £25.99/$35.99 a pop, are embossed with ‘Jo Loves’, rather than ‘Jo Malone’).

“I won’t. Because I have a decade to change the world again,” she tells me. And by the fragrance gods, do I believe her.