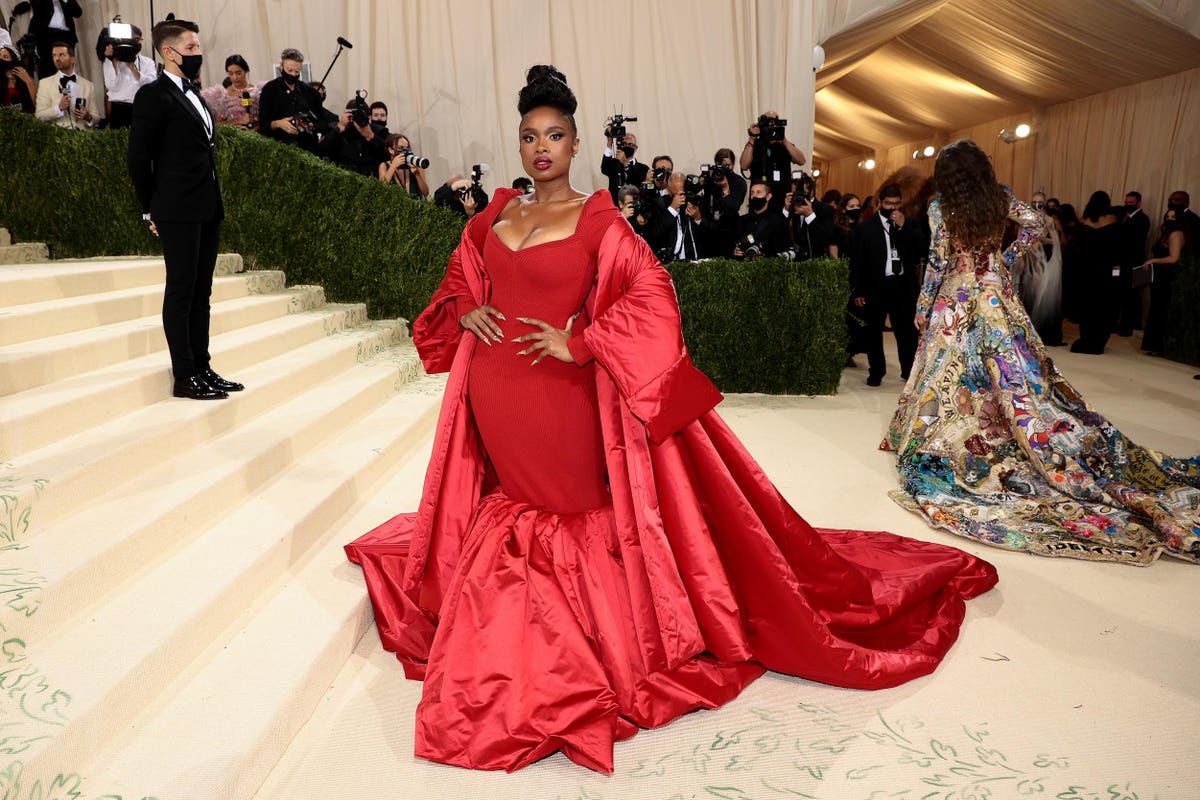 Stars descended on New York City tonight for a glamorous night at the museum: The Metropolitan Museum of Art’s long-awaited Met Gala, a fundraiser for the museum’s Costume Institute that’s long been considered “the Oscars of the fashion world,” returned with the theme “In America: A Lexicon of Fashion.”

Despite being 28 months behind schedule—the Met Gala, which famously (usually) occurs on the first Monday in May, was canceled in 2020 and postponed in 2021 due to Covid-19—the event attracted celebrities from sea to shining sea, including some from the country’s capital itself: representative Alexandria Ocasio-Cortez wore a statement-making “Tax the Rich” dress by Brother Vellies; Vice President Kamala Harris’s stepdaughter, fashion model Ella Emhoff, brought red to this year’s beige carpet in a sporty Stella McCartney look; and inaugural poet Amanda Gorman was one for the books in Vera Wang as a co-chair of the event, toting a (literally) novel purse.

In true Met Gala fashion, the styles of the night were big and bold, but some of the best touches were in the details: Schitt’s Creek star Dan Levy’s custom Loewe ensemble included the embroidered silhouettes of two men kissing, inspired by the work of late American artist and AIDS activist David Wojnarowicz. Tennis star Naomi Osaka, a gala co-chair alongside Gorman, Billie Eilish and Timothée Chalamet, similarly wore her Louis Vuitton corseted dress close to her heart: Her sister, Mari, drew its original Koi fish pattern.

Musician Frank Ocean, meanwhile, chose to match his date: A robotic baby, green like his hair. (Though it’s unknown if the baby is also dressed in a custom Prada x Homer suit.)

But the ultimate accessory of the night was also the most universal: A vaccine card. The Gala required all attendees to be vaccinated against Covid-19—a move that left some of the event’s regulars, including Nicki Minaj, opting to stay home.

But no one was keeping their distance like Iman: The supermodel shone in a custom dress and headpiece by British-American designer Harris Reed, who gained fame for his gender-fluid styles regularly sported by Harry Styles. From the palazzo pants to the hand-painted feathers surrounding her, Iman was a sun on the red carpet—and, thanks to her hoop skirt’s feet-long diameter, no one was going to fly too close.

Rapper Lil Nas X also won gold with the entrance of the (k)night: The singer shed a massive gold cape to reveal a gilded suit of armor—emblazoned with the Versace medallion—before assistants helped him uncover his final look: A figure-hugging bodysuit.

With the event’s all-American theme, many guests went for red, white—and peek-a-boo: midriff-baring dresses were a trend—especially on rappers Saweetie (in Christian Cowan) and Teyana Taylor (in Prabal Gurung).

Jennifer Lopez headed out West in a Ralph Lauren ensemble, but not as much as singer-songwriter Kim Petras, whose Collina Strada dress included a horse bustier. Ciara, meanwhile, touched down in a sequin, football-inspired Dundas gown that honored the iconic American sport—and her husband, Seattle Seahawks quarterback Russell Wilson.

Some actual athletes were also in attendance, in addition to co-chair Naomi Osaka. Sprinter Sha’Carri Richardson was sporting a dress by Jamaican-American designer Theophilio, while gymnastics GOAT Simone Biles was still working out: Her crystal-covered Area gown weighed 80 pounds.

The best-dressed men of the evening had a leg up on the competition: Platform boots were found on everyone from model Alton Mason to musician Troye Sivan, while others—such as SNL’s Pete Davidson—felt more comfortable baring some leg in a Thom Browne dress, and sunglasses for “people-watching,” he told Vogue.

There was one person he couldn’t watch, though: Kim Kardashian, who opted for a dramatic, balaclava-clad all-black look by Balenciaga, a style she’s been sporting in her most recent public outings—making her another mystery at the museum.