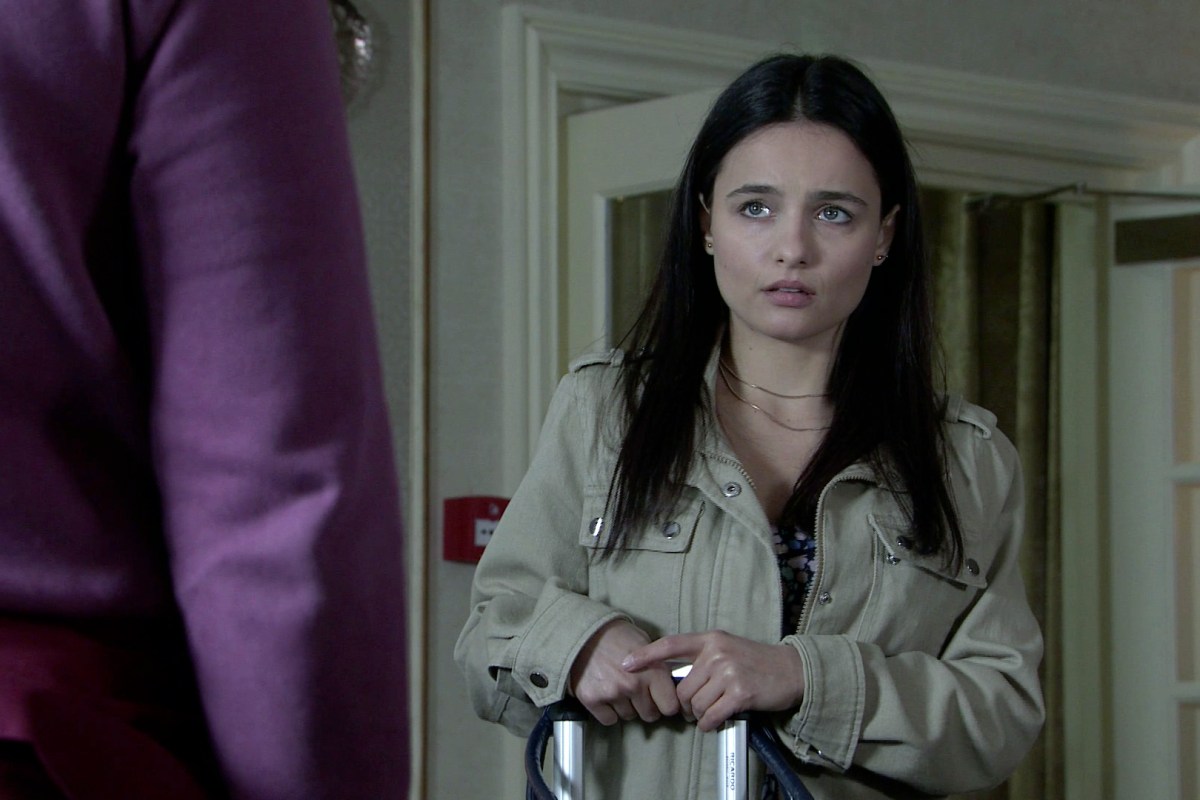 CORONATION Street’s Ruxandra Porojnicu has confirmed that she has QUIT the soap as she bid farewell to Weatherfield alter ego Alina Pop.

Some of the 28-year-old actress’ final scenes were aired this evening, with the star making her debut in 2019 as part of a heartbreaking human trafficking storyline.

In tonight’s episode of the ITV soap, pregnant Alina told fiance Tyrone that she was returning to her native Romania to raise their child alone.

It came after she discovered that he still had feelings for ex Fiz Stape.

After the show had aired, Ruxandra took to social media to confirm that this was the last fans would see of her on the cobbles as she paid tribute to her time on the soap.

Sharing a photo of herself with Tyrone actor Alan Halsall, she wrote: “And that’s a wrap on Corrie! Thanks to everyone who encouraged and supported me. It meant so much.

“I worked with some of the finest people,who are not only extremely talented but very humble and caring. They made me feel welcome and a part of this beautiful family.

She added: “TA EVERYONE! People up north are well nice.”

Ruxandra will make a final appearance in tomorrow night’s episode as Tyrone tracks her down in a hotel before she leaves the country.

However, she will then leave him – and our screens – for good.

Devastated fans shared their disappointment at Ruxandra’s departure, with one commenting: “Omg are you actually leaving Corrie.

“I really hope not and if you are I hope to see you back on the soap soon. You and Tyrone’s relationship can’t just finish like this and you are pregnant. You are amazing!”

Another shared a string of crying emojis as they wrote: “What???? Noooooooo – I try to avoid spoilers so I did not know this was coming. Very sad to hear this. You are one of my all time favorites on the cobbles.”

A guilty Tyrone surprises Alina with an engagement ring on Corrie

Do you have a story for The Sun Showbiz team?