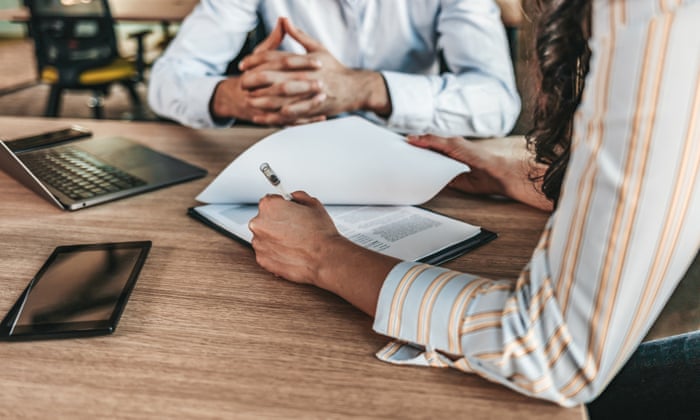 If my neighbour’s cat eats the fish in my pond, is the owner liable?

There is nothing abnormal in a domestic cat killing and eating fish. Although an action in negligence might be contemplated, even if the owners owe a duty of care to their neighbours in these circumstances (and that is doubtful), there are no specific precautions that a reasonable cat owner could be expected to take in order to avoid the unfortunate occurrence in question. Pond owners should consider buying netting or a pond cover, using sprinklers or a water gun, or providing shelter for their fish in a pond that is at least 2ft deep.
Paul Eden, senior lecturer in law

If I use a surrogate in the UK and they change their mind after giving birth – even if the baby isn’t genetically theirs – who is the legal parent?

The surrogate will always be the child’s legal mother, regardless of the method of surrogacy or whether they are the biological mother or not. This is the case whether the surrogate was in the UK at the time of the insemination or whether they were abroad. English law doesn’t allow a surrogate to give up their legal parenthood before the making of an order by a judge after a court process. There are no pre-birth orders in England that terminate the surrogate’s legal rights as there are, for example, in California. Even if a pre-birth order has been made in respect to a child born abroad and the surrogate is not considered to be a legal parent in the jurisdiction of birth, the law in England will treat them as the legal mother until a court order is made terminating their parenthood.

The question of what happens if a surrogate changes her mind is probably the first question on the minds of any intended parents. Firstly, it is important to say that this situation is very rare, but it does happen and the child’s intended parent(s) may not be his/her legal parent(s) when the child is born. In this situation, it would be imperative that the intended parent(s) take the necessary steps to secure their legal position. Decisions about the care arrangements for the child will then have to be determined by the court.

If you are naked in front of a window in your own home, is that considered indecent exposure?

Under section 66 of the Sexual Offences Act 2003 an offence of indecent exposure can be made out if a person intentionally exposes their genitals with the intention that a person in a public place (such as outside a window) sees them and is alarmed or distressed by that behaviour. Indecent exposure is a crime of specific intent. Therefore, if it can be proved that your intention was not to expose yourself or to be seen, you have an absolute defence.”

When is a signature legally passable?

The handwritten signature has been in decline for many years and this fact became more apparent when the Law Commission ruled in 2018 that electronic signatures are, in most cases, a viable alternative to handwritten ones. Recent case law has confirmed that, regardless of the type of signature, if the person’s intention was to authenticate the document, then the signature will be valid.

For instance, when we accept a parcel, the scrawl we use on the delivery driver’s screen rarely bears a strong resemblance to our physical signature. Legal documents that previously required manual signatures – such as property sales, credit agreements and the granting of power of attorney – can all now be done with the click of a button.

That said, when it comes to signing cheques, the back of credit cards, driving licences and passports, we’re still following the old practice of using pen and ink. For these types of documents, there legally has to be a strong resemblance to the original, which would have been kept on file.

If you are caught speeding to a hospital in an emergency, is it still illegal?

Speeding to the hospital is illegal and is not a defence in law. However, special reasons can be put forward to avoid a penalty. This means that the circumstances outlined give the court the discretion to not endorse a licence with points or disqualify someone from driving despite the offence being admitted. In fact, these special reasons can actually be applied to all driving offences. If you are pulled over by the police on an emergency dash to hospital that is clearly obvious, a sensible approach is usually taken. It has been known for police to give a blue light escort for women in labour, too.

Do I have any inalienable rights or could a sitting government remove them – for example, free speech – in the UK?

Freedom of expression under Article 10 of the Human Rights Act is not an absolute right (encouraging racial or religious hatred is expressly prohibited). The state may also restrict an individual’s right to free expression if it can demonstrate its action is lawful, necessary and proportionate in achieving one of the following aims: to protect national security, territorial integrity, or public safety; prevent disorder or crime; protect health or morals; protect the rights and reputations of other people; prevent the disclosure of information received in confidence; or maintain the authority and impartiality of judges.

If you borrow something without the owner’s knowledge with the intention of returning it, is it still considered theft?

If someone takes cash without the owner’s consent intending to repay it, the fact that they intend to repay it may negate the dishonesty aspect of theft, but it will not negate the intention to permanently deprive, unless they intended to return the exact same notes or coins to their owner.

If I push someone out of the way of a moving car and break their leg in the process, am I liable?

This is not an easy question to answer, but there are two points that can be made. First, if your intervention causes the victim to suffer less harm than they would have done if you had not acted at all, then you should not be found liable. It may be possible to argue that the manner of your intervention was negligent and that a reasonable person would have intervened in a manner that did not cause any injury at all (or less injury than occurred), but the courts have taken the view that a volunteer’s only duty is not to make matters worse than they would have been if they had done nothing.

If, however, your actions caused more harm than would have resulted if you had not acted at all (you were mistaken in your belief that the car posed a threat, for example), then it is probable that you will be found liable.

If you administer first aid and do some sort of damage in the process, are you liable?

The law looks differently at a nominated first aider and an innocent bystander who intervenes to help. Generally, a trained first aider would be expected to demonstrate a higher level of knowledge and expertise than a random person on the street who steps in to help. If the first aider can prove that they took reasonable care, they are unlikely to be found to have breached their duty of care to the ill or injured person.

For the bystander, there may be a strong instinct to intervene and help, but the law will still judge the level of care provided. If there is a failure to take reasonable care, such as breaking a rib when giving the Heimlich manoeuvre, then you could be liable for that injury. By starting treatment you are accepting a responsibility for the wellbeing of the person you are treating. Put simply, it is not considered sufficient for a well-meaning person to do their incompetent best.

Who legally owns a pet? If a couple gets one together, who has custody if they split?

Although a pet for many couples feels like part of the family akin to a child, on separation a pet is not treated in the same way as a child. It is very common when relationships break down for there to be disagreements and arguments over who gets to keep the family pet.

A pet is treated by the courts like an item of personal property, such as a piece of furniture, jewellery or artwork. When deciding who gets to keep the pet it can come down to who bought it – for example, whose money was used to buy the pet and consideration might be given to who has financially paid for the pet during its lifetime. Very little weight would be attached to who has cared for the pet in terms of future ownership.

The best advice is not to get hung up on this matter and end up spending significant funds in legal fees arguing over the family pet. It’s better to try to reach an agreement with your ex-spouse or ex-partner and agree perhaps on a shared custody arrangement so the pet spends some time with both of its previous owners.

If my neighbour’s tree overhangs into my garden, do they have a responsibility to cut it back?

The boundary line is the deciding factor in this issue – if branches or roots cross the boundary of your property, you are entitled to cut them back, but at your own cost.

Under common law, a neighbour can’t be compelled to carry out this work, but in the spirit of amicable relations, we would advise a friendly discussion before taking any steps. Trees protected by tree preservation orders and land in conservation areas require a much closer look at the law before any work is undertaken. We would advise getting professional advice in these cases.

Zara Banday, partner and head of the residential property team at Slater Heelis