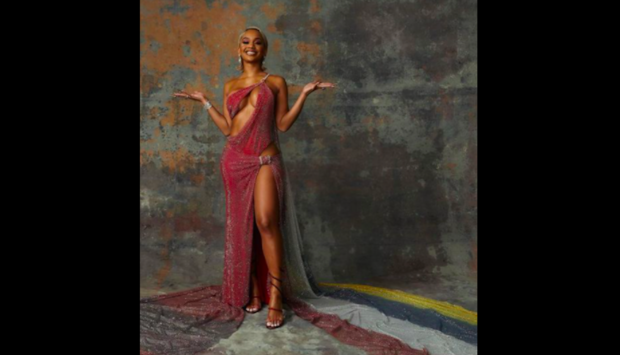 Filipino-American rapper Saweetie went sultry while honoring her roots by wearing a gown that bore the colors of the Philippine flag at the recent Met Gala in New York.

The rapper, known for her Billboard-charting singles “Tap In” and “Best Friend,” donned a sparkling red gown designed by Christian Cowan, with a two-part train. One bore the Black American heritage flag colors, black and red. The other panel, meanwhile, was in red, yellow, blue and white, representing the Philippine flag’s colors.

“I have two flags draped delicately on my body,” she said during a red carpet interview with WWD. “’Cause I’m Black and Filipino, and that’s what makes me an American girl.”

Saweetie also shared with fans more images of the gown via her Instagram page today, Sept. 15, stating, “Proud of my heritage!”

The Met Gala was canceled last year due to the COVID-19 pandemic. Its return last Monday was a third smaller than usual, with just about 300 guests. Proofs of vaccination were required from attendees, though they were not made to wear masks while posing for photos during entrance.  /ra