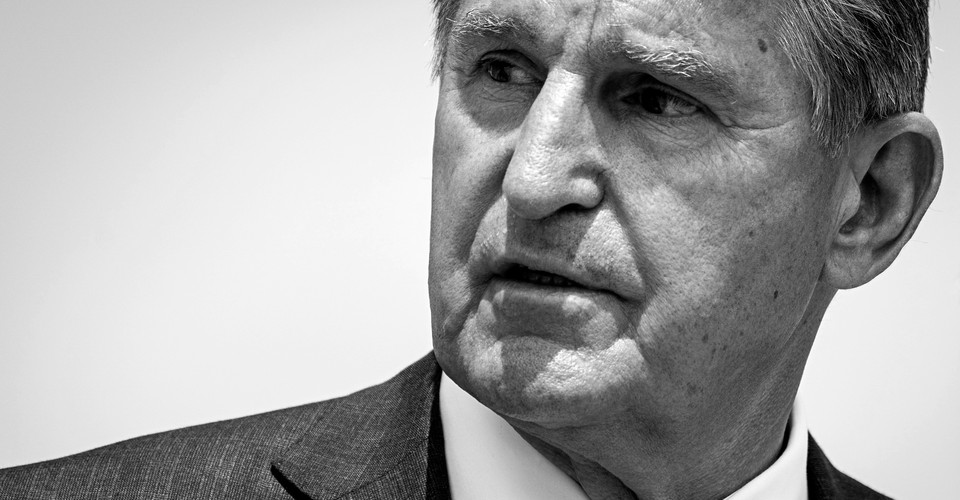 Amy Klobuchar, Joe Manchin, and several of their Democratic colleagues in the Senate have produced the Freedom to Vote Act, a stellar election-protection compromise bill that safeguards both the right to vote and the integrity of future federal elections. Before skeptics start questioning whether the bill will attract the 10 Republican votes necessary to overcome a filibuster, let’s acknowledge key aspects of this achievement.

First, the bill combines important protections from the House-passed For the People Act and Senator Raphael Warnock’s Preventing Election Subversion Act. It is designed to counter the pernicious provisions in laws in states such as Georgia and Texas aimed at allowing partisans to overturn lawful elections. It puts in place procedural safeguards against local election officials being removed for partisan purposes and makes intimidating election workers a felony.

The compromise supplements those bills with sensible and accessible validation requirements in states that currently require voter identification, usually by documents that are not handy to voters.

Senator Manchin—the crucial vote for a Democratic majority in the Senate and for any future change to the filibuster—is now a primary advocate for the bill, with a major stake in its enactment. That is a shift in power behind the measure that could well save our democracy.

Christopher J. Regan: What the media are missing about Joe Manchin

If passed, the bill will, in federal elections, override local voter-restrictive laws proliferating in states with Republican-dominated legislatures. So far this year, at least 18 states have adopted laws burdening access to voting. Our country’s Founders foresaw this danger. The Constitution’s election clause grants Congress the power to displace state law in federal elections.

Study after study shows that our elections are secure and legitimate, contrary to former President Donald Trump’s big lie, which Republicans ceaselessly repeat in order to impair voting rights. More than 60 courts rejected the claim. Trump’s own ex–Attorney General William Barr called bullshit on claims of ballot fraud, as did Trump’s Department of Homeland Security, which said the 2020 election was “the most secure in American history.”

We know from leaked video that at least one dark-money group is behind the contagion of voter-suppression laws that have swept Republican state legislatures in 2021. “We did it quickly and we did it quietly,” Jessica Anderson, the executive director of Heritage Action, has said.

Similarly, Georgia’s Republican-majority legislature aimed at Fulton, DeKalb, Gwinnett, and Cobb Counties by reducing ballot drop boxes, used by 56 percent of absentee voters, from 111 to 23. Those counties are the four with the largest Black population.

This bill remedies such restrictions by enabling all voters to request mail-in ballots and putting in place minimum standards to ensure that drop boxes are available to all voters. The measure also requires states to offer at least 15 days of early in-person voting, to register eligible voters automatically with their driver’s license, and to offer election-day registration. In addition, the bill sets reliable evidentiary standards to constrain the massive voter-registration purges that are taking place in states such as Georgia. Crucially, for in-person voting, the bill makes Election Day a holiday. It also targets Georgia’s inhumane new legislation that prohibits individuals from providing water or food to voters waiting in long lines.

If passed, the Freedom to Vote Act will advance election-safety provisions in five additional ways. First, it will require paper ballots in every state to ensure that vote counting is hacker-free and subject to reliable recount. Second, the bill will allow local election authorities to apply for grants to purchase updated and secure voting equipment. Third, the measure will require for the first time that candidates and their election committees report to federal authorities any foreign contacts seeking to contribute to or coordinate campaign efforts. Fourth, the compromise will curb the gerrymandering that Republicans have used to maintain power in disproportion to the popular vote. And last, but certainly not least, the bill will help moderate the dark-money political contributions that tilt laws in favor of the mega-wealthy. It will require, with limited exceptions, that organizations that spend more than $10,000 to affect federal elections disclose donors who give $10,000 or more, plus the organization’s campaign-related spending above $1,000.

From the March 2021 issue: American democracy is only 55 years old—and hanging by a thread

One thing the bill does not incorporate is the John Lewis Voting Rights Advancement Act. Its adoption would restore the 1965 Voting Rights Act, which the Supreme Court upended in 2013 and then gutted in July this year. Those states would again need approval by the Justice Department before new election laws disparately impacting minority voters can go into effect.

Large majorities of Americans approve of the Lewis act and the voting-rights bills that Manchin and Klobuchar’s proposal combines. Democracy is protected from the bottom up. Every citizen who cares about the future of our republic should write, email, or phone their representatives and senators to ask them to vote for both bills. John Lewis, our country’s great champion of voting rights, wrote in his memoir, Across That Bridge, that freedom requires continuous action “to create an even more fair, more just society.” This bill would be a big step in that direction.