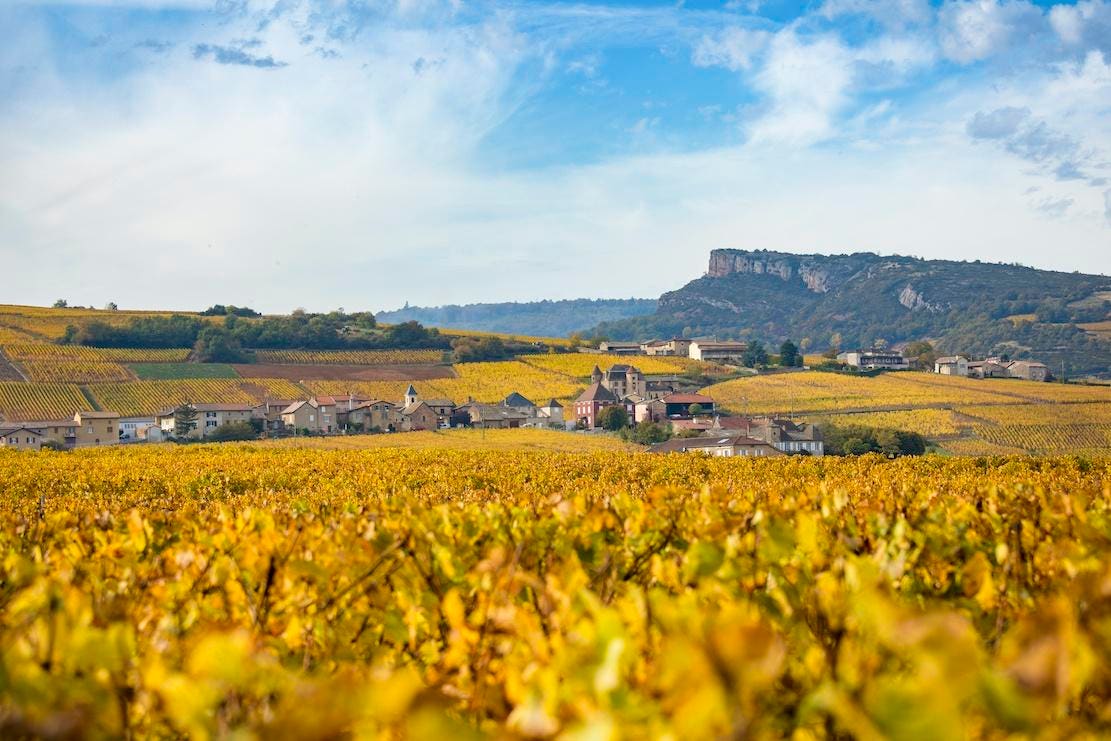 The most prestigious vineyards and producers in Burgundy, like those of the Côte d’Or,  never have any problem selling every bottle they can produce, but the rest of Burgundy—which has a range that goes from Chablis to Beaujolais—must compete with the increasing panoply of wines every year in the global market. To find out about the 2021 harvest and how things are going generally in the Burgundy region I spoke to Frédèric Drouhin, President of the Bourgogne Wine Board (below).

Can you give me a general overall picture of the 2021 harvest?

Harvesting mainly took off across Bourgogne between 18-20 September, after a trying year punctuated by challenging weather events. The Crémant de Bourgogne (sparkling wines) started earlier. The very first grapes were picked on September 8, but most of the producers started on the 10th.  Pinot Noir grapes were ready earlier than Chardonnay, which is unusual. Chardonnay was delayed after the April frost. It took a few weeks before the vines were able to resume their growing cycle.

Sorting was sometimes necessary and, as almost all domains and négociants are very well equipped, it was not an issue. Fermentations have begun rather quickly, both for the whites and the reds, proving that the population of yeast was quite active. Today devatting has begun and the first tastings are positive.

Was it a difficult year in other parts of France’s vineyards?

Yes. Nearly all wine regions in France suffered from the April frost. Some regions also suffered from rainfalls that provoked sometimes oïdium, mildew or hail. The French government declared the total volume of wine in France could be down 28 to 32% in 2021, but we don’t know how much will be lost. We will have a first idea in November. We are now carrying a field survey by collecting the results of at least 400 producers. On Nov. 21, at the Hospices de Beaune wine auction press conference, we will be able to give a first estimation of our volumes. The final figures will be available in February 2022.

With global warming in vineyards, can you discern any effect in this year’s harvest?

This year, if you leave aside the consequences of the frost, not really (we had the coolest month of July in 50 years!). Frost in April is quite usual in Bourgogne. The problem mostly comes from the mild winters. We have seen a 1°C rise in average temperatures since 1987. Various studies suggest that the growth cycle of the vines has been happening earlier since 1988. Flowering has occurred on average two weeks earlier since that date, compared to the period 1961-1987. This explains why the frost in April is now a risk that we have to be aware of. On the other hand, this advance helps us get a good maturity every year.

Was there a lack of sun and heat to build up the sugars?

Indeed, the average monthly temperatures and average monthly sunshine have been under the normal, at least from early July to mid-August. Afterward, the last 2 weeks of August and first 2 weeks of September have been sunny, which helped complete the maturity. This explains why we are back to the traditional delay of 100 days between flower and harvest (last year, we were more around 90-92 days). We are reaching normal level of sugar and acidities (lower than in recent years), which may occur of a typical Bourgogne vintage, with lovely freshness.

Are increasing alcohol levels in Bourgogne a concern in the future?

Until now, rising temperatures have been a bonus for Bourgogne wines. Bourgogne has a cool climate, and, traditionally, we were harvesting in October, with low level of sugars (chaptalization was the annual rule then). Regardless of the varietal, the global warming has been improving balance in terms of potential alcohol, acidity, and so on. The two main varietals of Pinot Noir and Chardonnay are now found in much hotter wine growing regions than ours, and the Bourgogne Wine Board is currently studying the behavior of these varietals in other warmer regions. Our aim is to establish how much these varietals are able to adapt to a changing climate, and thus anticipate what adaptations might occur. With the 2021 vintage we are back to a classic style with a lovely expression of fruitiness, balance, freshness, and lower level of alcohol.

Can you tell me what the Cave de Prestige des Vins de Bourgogne is intended to accomplish?

The Cave de Prestige selection is now both a tool and a real showcase for Bourgogne wines. First, the selection process is very rigorous: Only 12.85% of the samples were selected this year (203 out of 1,580). This rigor is essential. We (the Bourgogne Wine Board) will use them for all training, promotional, and marketing activities over the next 12 months. Those wines will remind people how Bourgogne has a truly extensive offer that goes far beyond a few iconic names. They must represent all the excellence of Bourgogne wines, whatever the level of AOC.

The Fête des Vins de Chablis 2021 is coming soon. Can you tell me about that event?

Since its first edition in 1949, the Fête des Vins de Chablis continues to evolve, but its success is always based on a single notion: Conviviality! On 23 & 24 October, the town center will once again be hosting a wide range of events featuring the vines of Chablis and the wider Grand Auxerrois region. The festival is organized by the Office du Chablis in partnership with the Bourgogne Wine Board.

We are awaiting 4,000 to 5,000 visitors. Each of them can buy the dedicated Glass (6€): afterwards, all the wine tastings are free. On Saturday, there is the Marathon de Chablis; on Sunday morning, there is a walk in the vineyards, with departure every 15 minutes. If you prefer, there will be a Bourguignon market everywhere in the streets with local products. Forty producers will show their wines. The list will be available mid-October.

Everyone will have to show a “pass sanitaire” proving vaccination or Covid-free status. Then, you can do the walk-in with no mask.

Can you tell me more about the progress on La Cité des Vins et des Climats de Bourgogne (above)?

2021 marked the official launch of the three worksites in Mâcon, Beaune, and Chablis. The content will be gradually augmented with opening dates set for 2022 and 2023.     The other major point of 2021 is the final definition of name and image: It will be known to the world as Cité des Climats et vins de Bourgogne. The notion of “Climat” now comes first, to remind the world the Bourgogne is where the notion of terroir was pushed to its maximum. The three sites in the Cité des vins et des Climats de Bourgogne network each have different dimensions and timescales, with work beginning at different points during 2021. This was preceded by the symbolic laying of the first stone in the presence of partner public bodies. Regarding content, work has been accelerating as the definition of the content and services proposed in each location is widened out, from visitor trails to wine-themed activities, one-off events, stores, wine-themed tips and advice, private hires, a discovery bar, workshops, tasting classes and training from the École des Vins de Bourgogne.

How is the global market for the high-end crus like DRC?

The Grands Crus represents less than 2% of the total production of Bourgogne. They represent the best of what Les Climats can offer. The past vintages have been really very good, offering wines that could be drunk early but have also a great ageing capacity. The demand for those Grands Crus is increasing every year and, even if the production does not match the demand, many negotiants and domains try to diffuse the Grands Crus in many markets and customers as possible.

As a whole, Bourgogne wines are performing very well this year. In the first seven months of 2021, the exports are up 24.8% (number of bottles) and up 34.3% (revenue). Figures are even better than in 2019, which was an excellent year.

2020 was also a good year, despite the pandemic. The volume of Bourgogne wines exported maintained its growth in 2020, close to the equivalent of 90 million 75cl bottles (down 0.3% on 2019). Export revenue remained above one billion euros, despite a slight drop of 0.7% on 2019. Nevertheless, in 2021, all the groups of AOCs are performing well. Concerning the high-end Premier and Grand Cru AOCs, the figures are very good: