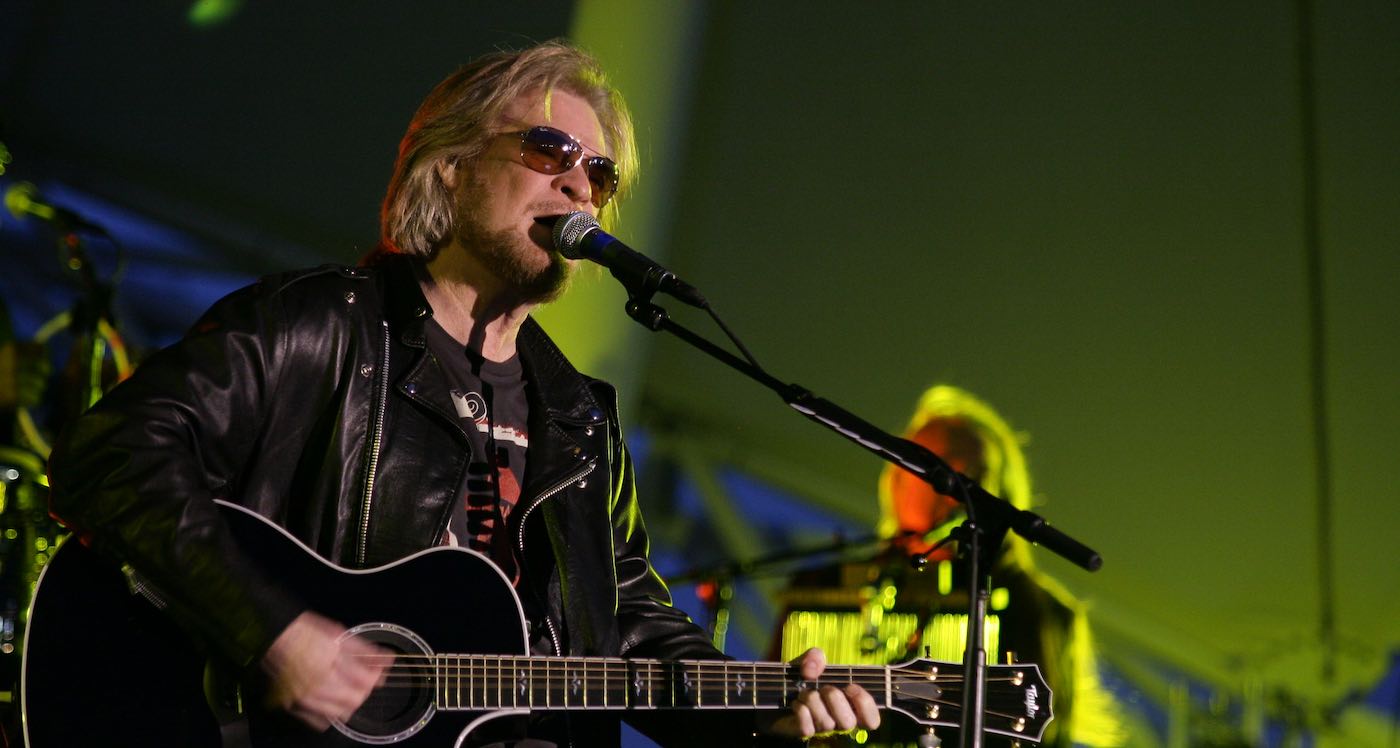 Happy 75th Birthday to the soul singer-songwriter and musician Daryl Hall. As a teen musician in Philadelphia, he played with Smokey Robinson and the Temptations before partnering with classmate John Oates to make history, becoming the #1-selling duo in music history.

Together they had a 30-year gold-record spree—and are still touring today, playing major hits like Rich Girl, Kiss on My List, Private Eyes, Maneater, I Can’t Go For That (No Can Do), Sara Smile, One on One, Out of Touch, Everytime You Go Away, You Make My Dreams, and Say It Isn’t So.

In 2007, Hall created the award-winning free web show, Live from Daryl’s House, reinventing himself in the digital age by collaborating with both established artists and newer performers—and cooking with him at his rustic home/studio. He also runs a music club and restaurant on the property in Millerton, New York. See the show archives that includes artists like Jason Mraz, , Joe Walsh, and Smoky Robinson. After 50 years of partnership, Hall and Oates are reported to be commencing work on their first LP of new songs since 2003. WATCH them perform… (1946)

137 years ago today, Eleanor Roosevelt, the First Lady for 12 years and the political powerhouse who fought for human and labor rights, was born. She persuaded her husband President Franklin D. Roosevelt to stay in politics after he was stricken with paralysis—and he served four terms as the U.S. president. Outspoken, particularly on civil rights for African-Americans, she was the first presidential spouse to hold regular press conferences, write a daily newspaper column, and speak at a national party convention, as well as a range of appearances on behalf of the President.

Eleanor advocated for expanded roles for women in the workplace, and she, herself, after her husband’s death pressed the US to join the United Nations and became its first delegate. Regarded as “one of the most esteemed women in the world”; The New York Times called her “the object of almost universal respect” in a 1962 obituary. (1884)

And, on this day in 1975, Saturday Night Live debuted on NBC-TV.