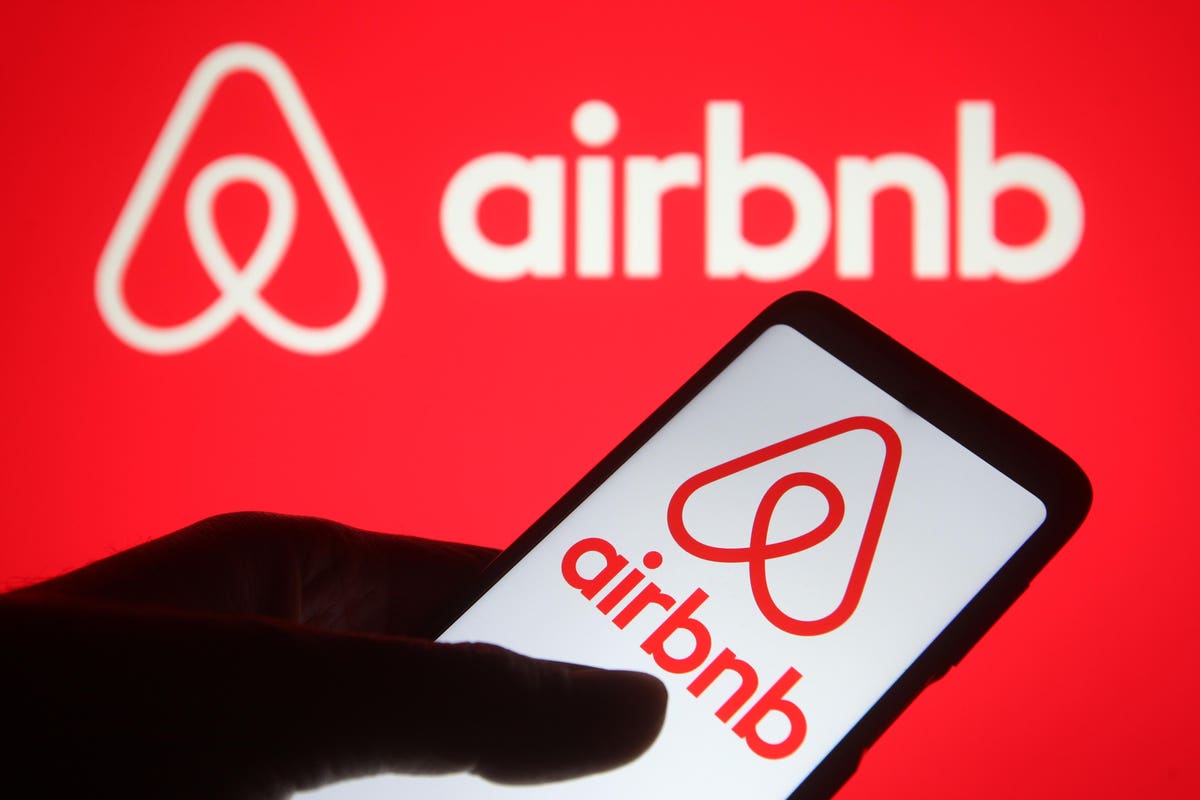 According to a scathing new report that analyzed Twitter complaints, a lot can go wrong when you’re staying at an Airbnb. Asher Fergusson, a data scientist who runs a travel safety website, recently partnered with researchers at the John Jay College of Criminal Justice and the University of Colorado School of Public Affairs in Colorado Springs to create a report on the problems that guests are most likely to run into when they stay at an Airbnb. Fergusson’s site has previously analyzed topics ranging from the most dangerous places for women travelers to the most dangerous places for gay travelers to the worst places to raise a family.

The Airbnb project received funding from ASIS International (the world’s largest membership organization for security management professionals) and via a grant from John Jay College. Over the course of 2.5 years, the teams used machine learning and natural language processing techniques to analyze Twitter data resulting from guest complaints. “Our number one goal when starting out with this research was to find out what’s most likely to go wrong for Airbnb guests,” Fergusson tells Forbes Women.

And it wasn’t just a few Airbnb complaints. The teams analyzed a large dataset of 127,183 Tweets posted between January 1, 2015 and September 20, 2020 that contained guest complaints about problems they had encountered with an Airbnb stay, then broke them down using a combination of human coding, machine learning and natural language processing techniques.

The report documented many of the circumstances that countless guests have experienced, from the frustrating to the downright dangerous (read on for some examples). “We found thousands of cases of account hacking with vacation dollars being stolen via fraudulent bookings as well as many other scams,” says Fergusson. “Then there were police interventions, bodily harm, threats, bug infestations, invasions of privacy via hidden cameras, long-term negative health impacts after the customer checked out of the Airbnb and so much more. Even in 2021, the amount of illegal, unsafe or fake listings on the platform is staggering—more than any of us probably realize.”

The report also compiled more than 500 examples of photographic evidence of unsafe conditions, including bug infestations, rodents, pests, mold, bodily fluids, rotting food and other unsightly or unsafe problems. In total, the report found that 72.2% of Airbnb problems related to customer service problems, from limited support in emergencies to unreachable or rude service. The next most common problem: scams, which accounted for 22.3% of complaints—from fake listings to hacked accounts. Following that (10.4%) was the host canceling the stay. Next up: 6.1% were unsafe conditions, from pest infestations to hidden cameras. And 3.7% of complaints documented discrimination, from racial discrimination to LGBTQ+ discrimination.

Fergusson says he was inspired to do the study after his family’s own bad Airbnb experience in 2017 when they experienced two back-to-back nightmares that left them stranded on the streets of Paris with their 10-month-old baby. “We had nowhere to stay and Airbnb support tried to ‘help us’ by suggesting a new place hosted by the same scammer who had just taken advantage of us,” says Fergusson. “That experience opened our eyes to the many flaws and loopholes on the Airbnb platform.”

In publishing the report, Fergusson says he felt it was important that Airbnb users know what they’re getting themselves into when using the platform. “Countless Airbnb guest complaints we reviewed on Twitter suggested that the company is very good at circumventing responsibility,” says Fergusson. “Their customer service will often go silent or cite some obscure, confusingly worded terms of service when guests rightfully request refunds for services not rendered. It’s important for users to understand renting an Airbnb is not the same as booking a hotel.”

Fergusson points out that hotels are highly regulated whereas short-term rentals have little oversight in most cities around the world. “For example, reputable hotel chains are not likely to be scamming people en masse or routinely canceling a reservation a few hours before the guest arrives,” says Fergusson. “It would be hard to find a hotel without a smoke detector or a carbon monoxide detector—but with an Airbnb, those listings with missing amenities would be fairly easy to find. Tragically, just last week, a Californian couple and their baby were found dead in an Airbnb likely because of a gas leak.”

Another big difference between an Airbnb and a hotel: When you have a disappointing hotel experience, you have somebody to assist with a rapid resolution. “You can talk to the front desk, you can talk to a manager, you could leave a scathing review online via a third-party review site,” says Fergusson. “Conversely, with Airbnb, our research has uncovered that if you have a bad experience there’s no individual to complain to in real-time since there is no ‘front desk.’”

In fact, customer service was a big issue that the report revealed. “According to the results of our study, in countless instances, Airbnb is dropping the ball when it comes to customer service,’” says Fergusson. “As reflected by so many customer complaints, Airbnb is relying heavily on bots and AI technology, obfuscating important information, and outsourcing to call centers. We’ve read endless complaints that their tactics wear people down so badly that guests are likely to give up before they ever receive a refund.”

Another issue: censoring of reviews. “Airbnb has very strict review guidelines that allow them to censor reviews for various reasons including ‘circumstances entirely outside of another’s control,’” says Fergusson. “This means previous critical reviews may not ever make it onto the platform. For example, we were contacted by a young woman who had been sexually assaulted in front of her Airbnb building. She claimed her review expressing that particular Airbnb was in a dangerous neighborhood was taken down because it fell under ‘circumstances entirely outside of another’s control.’ It’s hard not to find these accounts alarming.”

In the report, the researchers found many issues that pertained to women’s safety. “Women seem to often be disproportionately targeted. We saw a multitude of examples of harassment, assault, unlawful video recording and poorly secured listings that affected women’s safety,’” says Fergusson. “Since Airbnb has historically not vetted all their hosts or even verified all their listings, there is room for unscrupulous individuals to take advantage of the platform and potentially cause harm or discomfort to women travelers. For this reason, if you’re a solo female traveler, we recommend extra caution if you plan to use Airbnb.”

While the report focused on Airbnb, Fergusson says that the problems are not limited to that brand and could be representative of the entire short term vacation rental industry. “We only reviewed Tweets that pertained to Airbnb. However, I believe there are many unfortunate issues on all short-term rental platforms,” says Fergusson.

So what does Airbnb say about all this? In a recent article written by Bloomberg, the company stated that fewer than 0.1% of stays had resulted in a reported safety issue. But Fergusson has issues with phrasing of this statement, which he finds is too opaque. “Are these only circumstances where guests undergo bodily harm or worse? And this doesn’t even begin to capture all of the very expensive, frustrating and upsetting issues that aren’t safety concerns, like the common complaints we [identified],” he says. Plus, if you break down the numbers, 0.1% of 200 million stays a year comes to 200,000 safety issues per year.

There are ways to protect yourself if you’re staying at an Airbnb or a vacation rental property. “Our biggest tip is to treat the reviews like a mystery novel. Read every review between the lines since most people will dance around the negative experience they may have had, and then cloak it in some flowery compliments,” says Fergusson, who points out that sociologists have written about this phenomenon in a paper titled, “If nearly all Airbnb reviews are positive, does that make them meaningless?”

Some other advice that Fergusson outlined in his report:

• Only stay at places with a 4.85-star review average or higher

• Remember that the vast majority of reviews will seem positive even if the guest was unhappy.

• Only stay with hosts who have provided verified government ID

• Avoid hosts who have more than a couple of properties listed, aka professional Airbnb landlords.

• Communicate with your host before your stay.

• Document anything that goes wrong with photo and video evidence for help with getting a refund.

Below is a breakdown of the major three complaint topics that the report revealed, with more detailed descriptions of each related Airbnb problem. On Fergusson’s site, you can see examples embedded directly from Twitter.