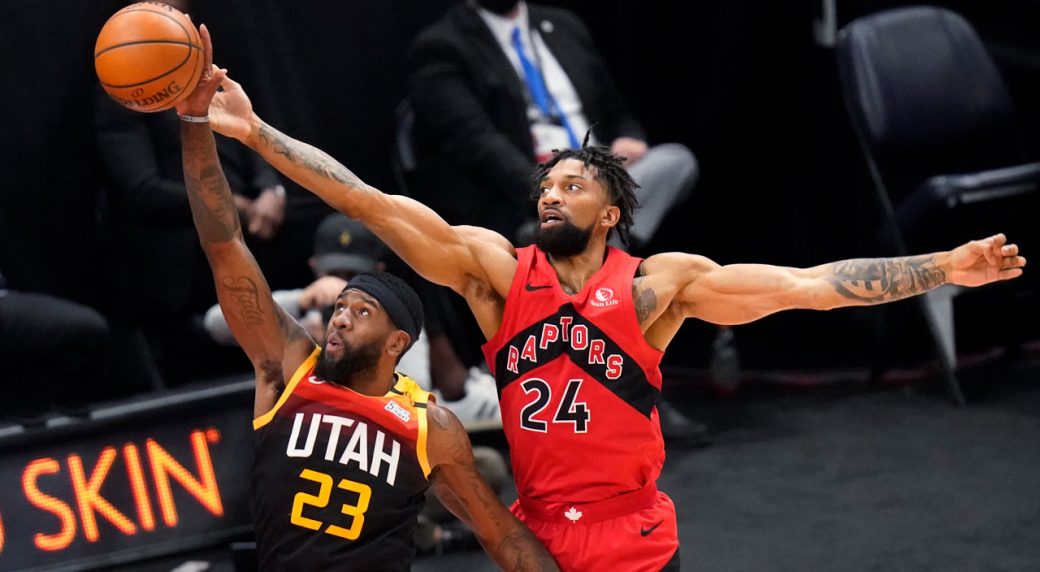 It was not the start to a pivotal season that Khem Birch was hoping for.

The Montreal big man arrived in Toronto on Sept. 18, fresh off signing a three-year contract with the Raptors for $20 million in the off-season, the closest he’s come to some security in a five-year career spent mostly on the league’s fringes.

The Raptors were impressed after a promising 19-game audition late last season, after he was bought out by the Orlando Magic.

Birch — who turns 29 next week — showed some shooting range and some play-making feel while continuing his versatile and athletic approach on defence that had previously been his calling card.

Given the Raptors were woefully short at centre last season and did little to backfill this past summer, there seems to be a gaping opportunity for Birch to establish himself as an NBA starter for the first time.

But about a week after arriving in Toronto and joining informal workouts with the team at the OVO Athletic Centre, Birch, his wife and his young daughter tested positive for COVID-19.

“We’re all 100% fully vaccinated too so thank God,” said Birch, who was cleared to return from quarantine on Sunday and will make his pre-season debut Monday night as the Raptors host the Houston Rockets in the fourth of five pre-season games. If we weren’t (vaccinated), it probably would have been worse. So, like you said it, it was really good to just have my whole family there with me during that process.”

Khem Birch will make his pre-season debut for the Raptors tonight after he, his wife and daughter all had tested positive in late September for COVID-19. He says he is fully vaccinated and ‘Thank God, if we weren’t it wouldn’t been worse.’ #Raptors

Birch said he lost his sense of smell and was fatigued after his diagnosis; his wife lost both smell and taste but their daughter was asymptomatic.

Now his attention turns to trying to establish himself in the rotation.

Precious Achiuwa — acquired from the Miami Heat during the off-season — has started at centre for all the Raptors’ pre-season games so far.

Birch is hoping he can get up to speed quickly.

“I can probably feel good after tonight’s game or tomorrow,” he said. “I usually get in shape quick. Luckily … we have a whole week of practices before our first game. Right now I’m just gonna go out and play as hard as I can, not worry about the box score, just worry about getting the W. …. I don’t think I’m gonna start [tonight]I think we’re gonna take things slowly. It doesn’t matter if I come off the bench or start, it doesn’t matter. As long as we win, I don’t care.”

The Raptors are still without Chris Boucher due to a dislocated finger, Pascal Siakam as he recovers from shoulder surgery and Yuta Watanabe due to a calf strain.

They finish their exhibition slate on Tuesday night in Washington and open the regular season against the Wizards on Oct. 20 at Scotiabank Arena.