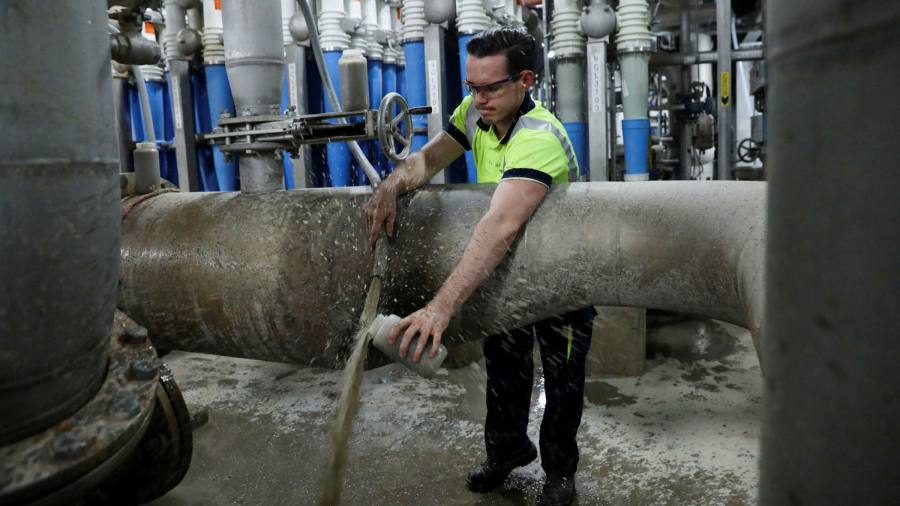 If something is going to generate heat in a winter energy crisis, it definitely shouldn’t be friction between government departments.

The Treasury’s narky denial of business secretary Kwasi Kwarteng’s suggestion that it is working with his department on the fallout from soaring gas and electricity prices is probably rooted in classic control freakery ahead of this month’s spending review.

But it was an unfortunate reaction. After all, it would be downright odd if there had not been contact between the two departments on the impact that gas prices, which have more than tripled this year, are having on British industry.

This isn’t even a new discussion. UK fertiliser makers stopped production in September, threatening havoc in the food supply chain which uses their byproduct of carbon dioxide. Fertiliser is one thing; meat production, food packaging and fizzy drinks are quite another as it turns out. So the government stepped in with short-term support.

And it should be prepared to again, with industries such as steel, ceramics, paper and chemicals warning of shutdowns.

This isn’t the retail energy supply market, where undercapitalised, inadequately regulated companies are (rightly) being allowed to fail with their customers looked after through the mechanisms designed for that very purpose.

Letting a global spike in fossil fuel prices close chunks of British industry, sometimes at considerable damage and cost to assets and businesses, is politically unpalatable given the government’s levelling up rhetoric. And the “fertiliser factor” is a warning that closures in the chemicals or paper industry, say, could have serious knock-on effects: medical supplies, food packaging and the ultimate crisis indicator of toilet rolls are among those mentioned.

Other European countries have already taken steps to protect their industries, notes trade body UK Steel, which reckons it would cost £1.5m-£2m a week for similar measures to shield its sector from the worst of the electricity price rises.

If a “giant waking up” of the global economy — as the prime minister put it last week — is behind the rise in gas and power prices, then pandemic logic applies.

“Whatever it takes”, the phrase the chancellor Rishi Sunak harked back to in his party conference speech last week, should include making sure viable businesses don’t fall over on the way out of a pandemic, as well as on the way into it. Covid-19 may have had other effects here too: one sector boss said that vastly fluctuating demand over the course of the pandemic had affected business’s ability to hedge against movements in input costs.

More broadly, it’s impossible to get away from the backdrop of net zero. Soaring gas prices owe more to rising Asian demand, perhaps some geopolitics and, yes, limited British storage after the ill-advised closure of the Rough facility in 2017 than anything else.

But with the government doubling down on plans to build more renewables and decarbonise power, with a 2035 deadline, it should push ahead with what is needed alongside that: the decarbonisation of industry in heavy-emitting sectors that are already exempted from about 85 per cent of the UK’s green levies and costs.

With COP26 just weeks away, having ceramics kilns or paper mills forcibly shuttered by a short-term dislocation in global markets would be a terrible advertisement for the UK’s ability to manage the longer and trickier transition to net zero.

Support should come as part of a conversation about what is needed from both sides for the steel sector, say, to start investing in viable decarbonisation technology, but which means increased electricity consumption at prices that (even before this ruckus) were well above those paid by European rivals.

There’s no getting away from the fact that the path to net zero will be bumpy, unpredictable and require state direction. This is a practice run. Rather than patting down ministerial feathers, the government should be focusing on how it will smooth the costs of transition for businesses and consumers alike.