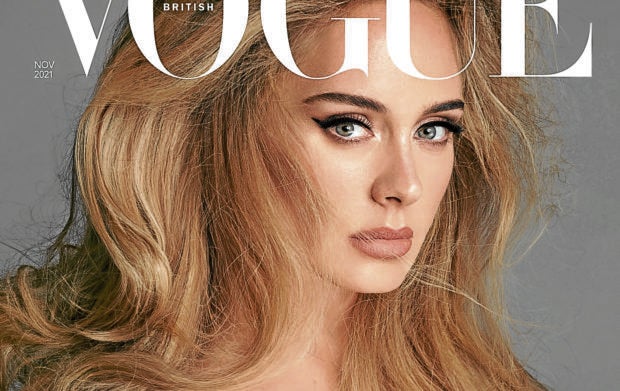 For Adele, working out wasn’t so much about losing weight as it was about keeping her anxiety at bay, as she grappled with the circumstances surrounding her divorce.

In interviews with Vogue and British Vogue for the magazines’ respective November 2021 cover stories, the pop star, who’s about to stage a major comeback, opened up about body image and how the conversations around it “hurt” her.

But instead, she was portrayed by the people and media as some “divorced woman spinning out of control” who apparently got a “revenge body.” “The whole thing about like, ‘[Adele] Gets Revenge Body’…is ridiculous! Because what is a woman without a husband? It’s bullsh*t,” said Adele, who filed for divorce from her ex-husband, Simon Konecki, in 2019. It was finalized last March.

The singer-songwriter worked out two to three times a day, lifting weights in the morning, boxing and hiking in the afternoon and doing cardio at night. And she did it all in the past two years without feeling the need to show it to the public.

“People were shocked because I didn’t share my journey. They were used to people documenting everything on Instagram, and most people in my position would get a big deal with a diet brand. I couldn’t give a flying f**k,” she said. “I did it for myself and not for anyone else. So why would I ever share it? I don’t find it fascinating. It’s my body.”

Still, there were people who felt “betrayed” by Adele’s weight loss, because they look up to her as an advocate for body positivity. “You don’t need to be overweight to be body positive—you can be any shape or size,” she stressed. And in any case, people will have something to say. “People have been talking about my body for 12 years…before I lost weight.”

And the conversations, she said, can be “brutal.” “My body has been objectified my entire career. I understand why it’s a shock. I understand why some, women especially, were hurt. Visually, I represented a lot of women. But I’m still the same person,” she told Vogue. “The most brutal conversations about my body were being had by other women… That hurt my feelings.”

Adele also clarified that her and Konecki’s divorce was amicable and they share custody of their 8-year-old son, Angelo.

“I was just going through the motions, and I wasn’t happy. But neither of us did anything wrong. Neither of us hurt each other or anything like that,” the 33-year-old music artist said. “It was just: I want my son to see me love and be loved. It’s really important to me. I have been on my journey to find my true happiness ever since.”

While their marriage didn’t work out, Adele knows that Angelo has a good father in Konecki.

“I would trust him with my life… I definitely chose the perfect person to have a child with,” Adele , who’s now in a relationship with sports agent Rich Paul, told British Vogue. “And that, after making a lot of knee-jerk reactions, is one of my proudest things I have ever done.”

Adele acknowledged that her search for her own happiness may have come at the expense of Angelo’s. And her coming fourth album, in a way, is a letter to her son.

“I just felt like I wanted to explain to him, through this record—when he’s in his 20s or 30s—who I am and why I voluntarily chose to dismantle his entire life in the pursuit of my own happiness. It made him really unhappy sometimes. And that’s a real wound for me that I don’t know if I will ever be able to heal,” related Adele, who’s set to drop the lead single, “Easy On Me,” on Oct. 15.But she remains hopeful. “If I can find that happiness and he sees me in that happiness, then maybe I will be able to forgive myself for it,” she said. INQ