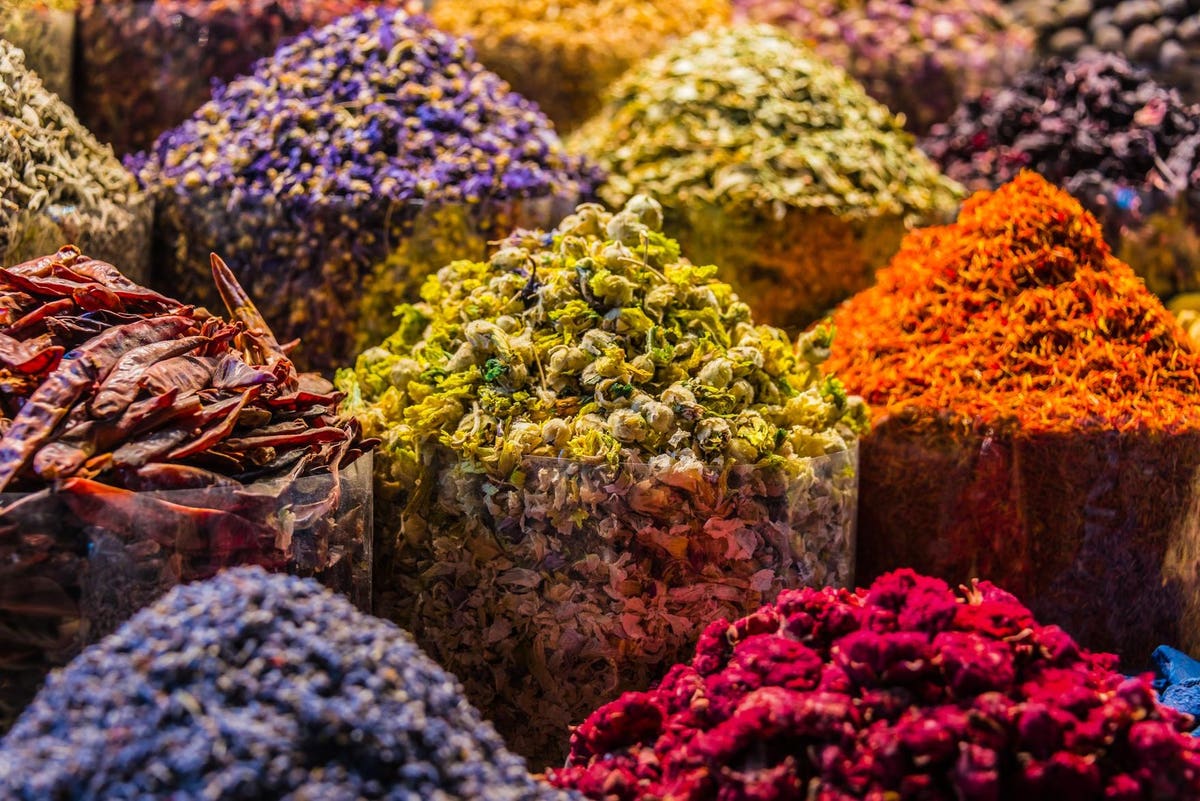 Two-story glass windows frame a sand colored mosque inside Dubai’s most talked about chocolate factory, Mirzam, which is known for one thing: real chocolate. You’ll see a group of women chatting and sipping hot cocoa and espresso in one corner and a couple enjoying the newest flavors—chocolate mixed with coffee, cardamon, rose, halwa, Kashmiri chili, orange blossom, saffron, fennel, or a combination of a dozen other iterations—in another. Workers in the chocolate factory can be seen as well as they move through the bean to bar process.

Chief Chocolate Officer, Kathy Johnston, has loved chocolate for as long as she can remember. She got into the chocolate game, after years in marketing and events, just as the craft food movement gained steam. Promoting small scale production, supporting biodiversity and less intensive farming, and creating more simple packaging and delivery practices is important to her work, as is the deeper understanding of where food comes from and how it travels. “There’s a big distance between the manufacturer and supermarket customer, which doesn’t serve any community or environmental goals,” says Johnston.

Creating innovative chocolate flavors has made Mirzam stand out from the pack and the welcome in Dubai has been overwhelmingly positive. “Our natural ingredients are a reflection of very local flavors and recipes, which makes us quite unique in the market here, where most of our competitors make mass manufactured chocolate using very poor-quality ingredients,” says Johnston. “That differentiation has been a big challenge to educate our community about, yet we’ve been astounded by the reception here and how our community has been enjoying our dark single origin chocolates and regional flavors.”

One thing that has helped inform visitors is the transparency of the factory. While sitting in the café, nibbling on truffles and sipping a hot drink, one can see how everything is made—the entire process is on display and visible through large glass windows. Children can step on stools to see inside large vats of churning chocolate or watch workers pour viscous goodness into molds.

Interestingly, the maritime Spice Route has influenced the designs, artworks, and chocolate ingredients at Mirzam. “The historical Spice Route is a trail the runs across many oceans and seas, from this region to the southern tip of Japan,” says Johnston. “The trading that slowly expanded over hundreds of years, as boats and navigation became more reliable, led to the transfer of all sorts of things beyond spices—knowledge, culture, religion—it’s so fascinating, and impossible to capture in any single historical account.”

Mirzam highlights the historical stories about the valuable and treasured seasonings, which were grown in the East, traded and transported in the Middle East, and then traded, sold, and used in Europe, changing cuisine for the masses. “Everyone thinks of a vanilla custard as being quintessentially French, but the vanilla they use comes from a thousand miles away,” says Johnston. “How it got there, how it was traded, who traded it, the battles and stories—there is truly endless inspiration for chocolate recipes and packaging.”

The indelible wrappers and packaging at Mirzam are part of what makes the chocolate so special. The stories of the Spice Route are not only reflected in the flavors of the chocolate, but also, in the artwork on the packaging. “We look for artists with a connection to the part of the Spice Route that we’ve been looking at for the recipe or ingredients, and also for artists who create wrapper artwork in the same way we make chocolate—by hand,” says Johnston.

Cocoa beans are purchased for Mirzam’s line of single origin dark chocolate bars from the same places along the Spice Route that the historical flavors came from. For the Indonesia cocoa beans, a new connection with a small farm from Ransiki, an area on the island of West Papua that forms the tail end of the Spice Islands, is in the works.

“Arab merchants started trading with the island farmers of this archipelago in the 14th century, gathering cloves and nutmeg, among other spices, from the forests on the islands,” says Johnston. “This connection to our region and the history of the Spice Route is the first point we look for when sourcing the cocoa beans. When the cocoa beans arrive in Dubai, they’ve already been fermented and dried. The fermentation process is critical to our production process as we don’t add any chemicals or flavors to cover up poor processing.”

Given that the chocolate maker and the farmer have a direct connection, there’s an incentive for the farmer to maintain high quality standards. “The first thing that we advise people who ask us how they can purchase good quality chocolate is to look for chocolate where the origin of the cocoa beans is provided in as much detail as possible,” says Johnston. “Smaller farmers can’t usually afford certifications, like Organic or Fair Trade (these don’t define or reward good quality), but where the chocolate maker has been able to support the farmer, and vice versa, there is usually the greatest chance of a direct benefit to community, biodiversity and quality.”

Mirzam supports and highlights the UAE culture and history through chocolate with not only their recipes and attention to historical detail, but also, with thoughtful collaborations. For UAE National Day, for example, Mirzam partnered with Emirates Airlines to provide a pair of Emirati Collection chocolate truffles and bites.

“This is honestly the best part of my work at Mirzam,” says Johnston. “I have grown up in the UAE, and grown up with the UAE, and there was this time when I was a teenager where the only brands anyone trusted were the imported big name, mass made products. Seeing how much our community here is now supportive of us, and trusts our production quality, has made it more and more exciting to stay close to home with our recipes, artist partnerships, and stories.”