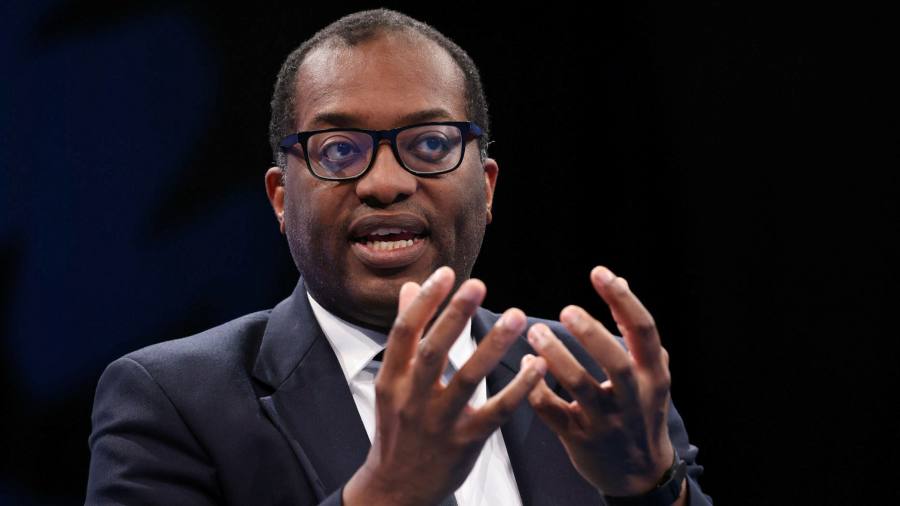 The UK business secretary has told energy companies that Britain could be heading for a mild winter, in a meteorological development that might ease a cost of living crisis in the coming months.

Kwasi Kwarteng this week shared with energy company bosses a private Met Office briefing which said the most likely scenario would be mild and wet conditions through the winter, according to those briefed on the meeting.

Soaring gas prices have led to the energy price cap being increased by £139 from October 31 to £1,277 per year, with experts warning that it could rise by another £280 in April.

With the Bank of England expecting inflation to top 4 per cent over the winter and families on welfare benefits adjusting to a £20-a-week universal credit cut, any benign interventions from the weather gods would be welcome.

Energy bosses this week raised the weather outlook for the winter, and Kwarteng, whose portfolio includes energy, shared a briefing which said that “for the late winter period from January to February 2022, the most likely scenario is for an unsettled period of wet, windy and mild spells”.

The Met Office’s published longer-range forecast — used for contingency planning — only covers the next three months. It says that this period is “significantly more likely than normal to be mild”, although cold spells were possible, especially during November and December.

Ed Miliband, shadow business secretary, said: “This is a new low for government energy policy. Reduced to crossing his fingers for a mild winter, Kwasi Kwarteng is showing just how much a decade of inaction from government has left us vulnerable.

“Kwasi Kwarteng is the business secretary not a weatherman. It is cold comfort for businesses and families that this is all he has to offer.”

The hope in government is that a milder winter would mean that households would not have to use so much gas, but Kwarteng’s allies said the government had plans for all meteorological eventualities.

“We’re not crossing our fingers, hoping for warm weather, or basing our strategy on it,” said one ally of Kwarteng. “That’s a ludicrous criticism. We have a plan that is clearly set out.

“Customers are protected through the price cap. If a supplier fails, then they move to another company and the price cap will follow them.”

The Met Office said that it prepared longer-term outlooks that considered the percentage chances for precipitation and temperatures and that these were of use for contingency planning.

But it said: “It’s not a forecast. It’s used by people who understand risk. Accuracy declines the further out you go. The whole area of long-range forecasting is pretty experimental as far as any meteorological organisation is concerned.”