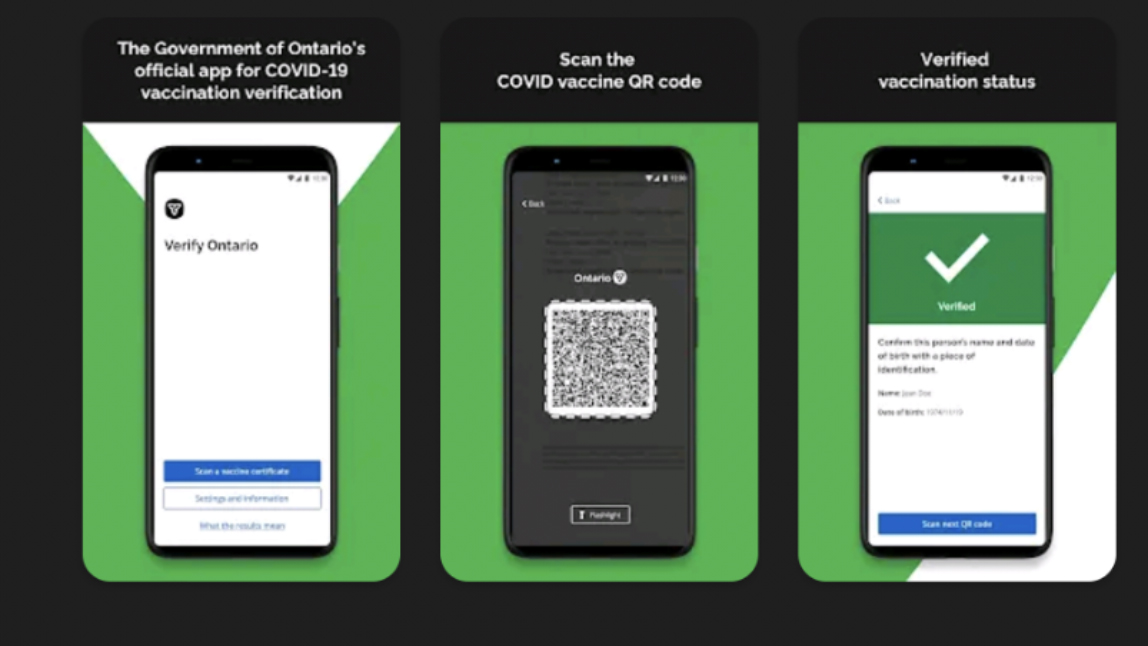 It’s being billed as a side-by-side collaboration to deliver an app in near record time to Ontario businesses.

Two highly skilled digital departments, one public, the other from the private sector, coming together with a shared goal – to build an app for Ontario companies to scan and verify vaccine QR codes. And do it fast.

CityNews spoke exclusively with Maple Leaf Sports and Entertainments Chief Technology and Digital Officer Humza Teherany about the conglomerate’s involvement, telling us they helped with everything from building the app, to testing, and everything in between.

“It’s been a true collaboration,” Teherany says. “It just was a logical partnership opportunity for us to tag team with the Ontario Digital Service, lend a hand really, because they were already working on this, but we have a ton of experience launching mobile products to millions of people.”

Ryerson University Public Health Professor, Thomas Tenkate, points out that it makes sense that a large corporation like MLSE would want to lend its expertise to the province for this high-stake project.

“You have to say, well, if the assistance is about running a trial of the app in a pressure cooker situation, it’s really good for the progression of the app, the question is are there other aspects to what that assistance is?”

CityNews has learned that a prototype of the app, which will be used by businesses to verify a citizen’s unique QR code, was already in the works before MLSE came on board. However, when Maple Leafs Sports and Entertainment reached out to Ontario’s Digital Services team the two came to an agreement on a partnership and pooled their resources to build the app. The digital teams worked together, to write and test code. MLSE app engineers worked with ODS engineers and the province to deliver the app just weeks after Ontario’s Associate Minister of Digital Government made the announcement that an application for business was on the way.

“The government has to work on assuring people of what data will actually be collected and what will be housed with the vendor and what its tracking,” Professor Tenkate tells CityNews.

Associate Minister Kaleed Rasheed was not made available by his office for this story, nor was a member of the provinces digital services department, however the Ontario government has been clear that the app doesn’t collect and cannot share personal information. No organization, including MLSE, will have access to any user data.

Teherany notes that “the app is completely offline, the actual QR code is stored on a (personal) device, there’s no online retrieval of it” by any business.

Some in the restaurant industry who spoke with CityNews, expressed concern that MLSE may have received preferential treatment for their services with the government now allowing a capacity crowd at Scotiabank arena and other venues while bars and restaurants are still limited. Speaking on background, government staff tell CityNews that’s not the case at all, stating that MLSE simply offered their assistance free of cost to help the province as a whole.

The Ford Government will officially announcing their partnership with MLSE as well as the details of the app and QR code rollout on Friday.