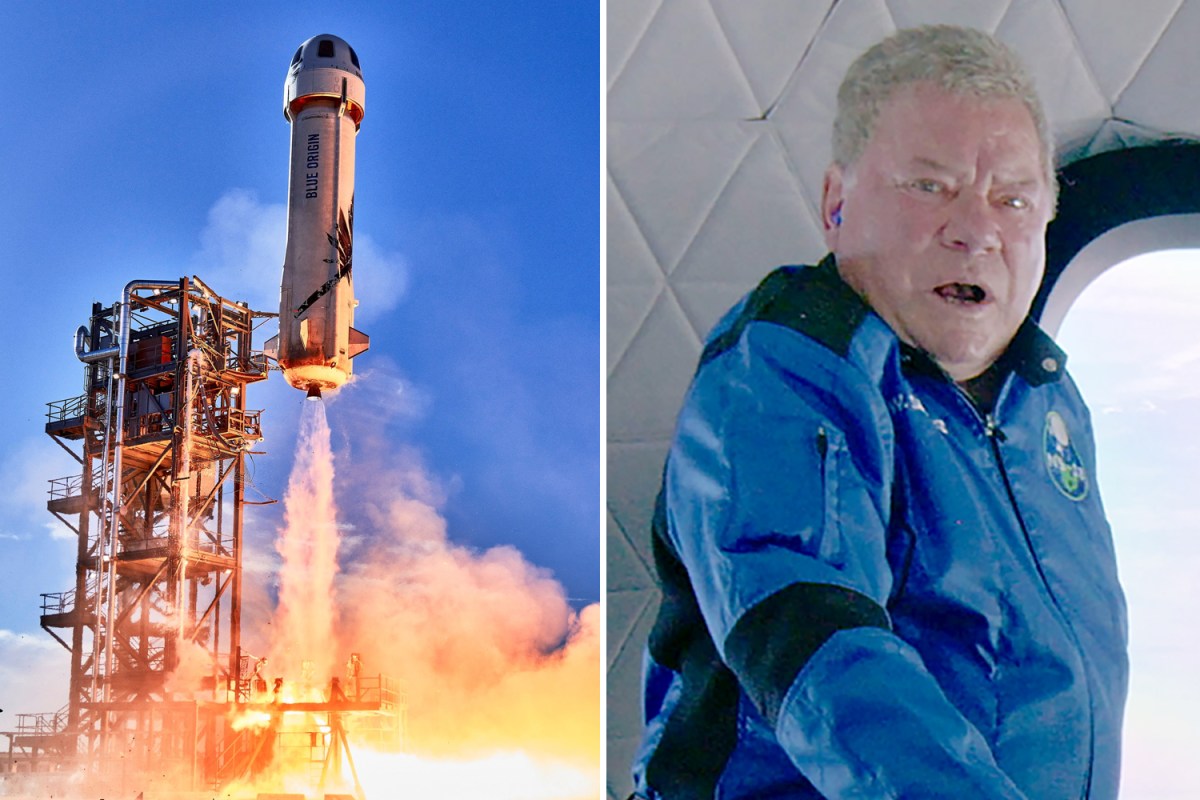 AN EMOTIONAL William Shatner exclaims upon his return back to Earth following his flight to space on Jeff Bezos’ Blue Origin capsule.

Flying some 66.5 miles above the earth’s atmosphere, an awestruck Shatner announced “Oh Jesus” as he recognized his position over the West Texas desert.

Known as the own space captain James Kirk from the popular cult fiction Star Trek, Shatner made history on Wednesday by becoming the oldest person to launch into space – and had an emotional time returning.

The 90-year-old actor was part of a four-person crew who left the surface of the earth to launch into low earth orbit at about 11AM on Wednesday, and video of the actor experiencing the journey is out of this world to say the least.

Video shows the actor floating and looking down at the earth from the Blue Origin mission, dubbed NS-18. It was the second human-crewed mission aboard the company.

Prior to the flight, Shatner said he was “terrified” of going to space, adding he felt “comfortable, but I am also uncomfortable.”

“I’ll be very happy when we go up, and we’ll be in weightlessness, and we know we’re safe because everything else should be alright.”

“And we have that moment of inspiration which I feel will be there when we’re looking into the vastness of the universe.”

Over a million people came together to watch the live stream of the 10-minute launch.

Bezos was there to welcome the passengers back to the ground.

But upon his return, Shatner was too elated to speak.

“I’ve heard about space for a long time now. I’m taking the opportunity to see it for myself. What a miracle.”

“What you have given me is the most profound experience,” Shatner told Bezos upon his return. “I hope I never recover from this. I hope that I can maintain what I feel now. I dont want to lose it.”

Overall, Bezos said he’s made more than $100 million in selling tickets to board his rocket.

The capsule, dubbed the “New Shepard” after the first astronaut Alan Shepard, was built with human spaceflight in mind, allowing Shatner and other passengers to be strapped into harnesses but avoid wearing helmets.