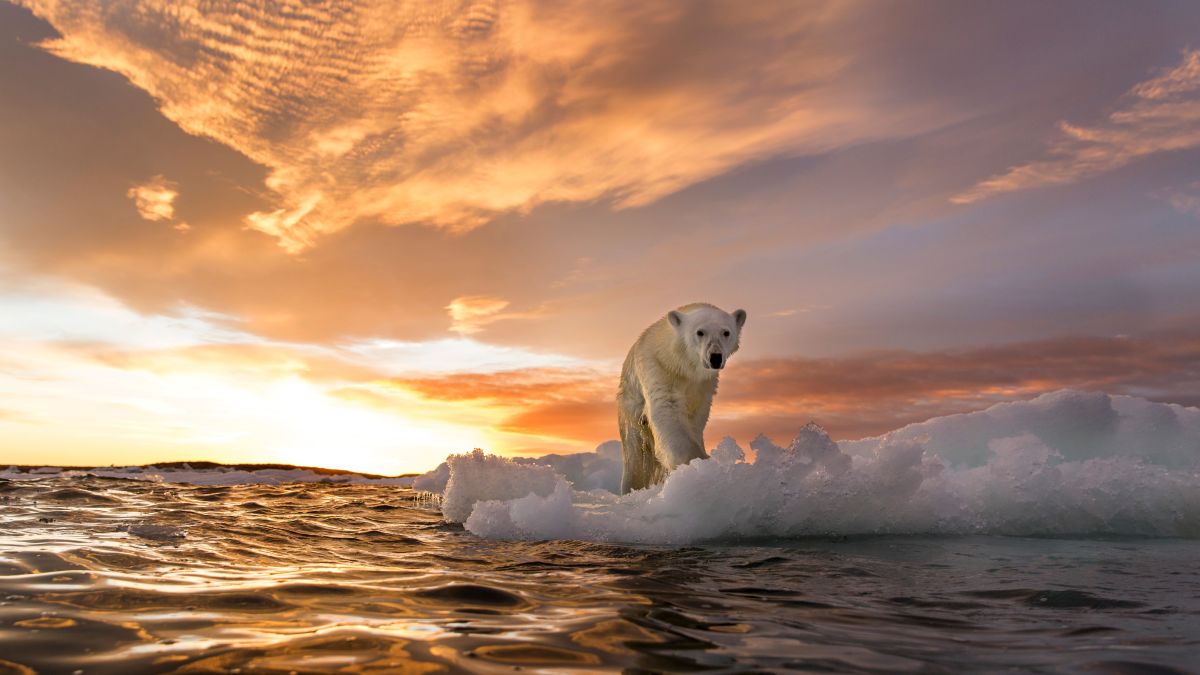 Arctic sea ice has been steadily decreasing since the beginning of satellite records in 1979, but a new study comes with a chilling (or perhaps, warming) prediction: By the end of this century, Arctic sea ice may disappear during the summer, which could drive polar bears and other ice-dependent species to extinction.

The “Last Ice Area” is a region containing the oldest, thickest Arctic ice. It spans an area of more than 380,000 square miles (1 million square kilometers) from the western coast of the Canadian Arctic Archipelago to Greenland’s northern coast. When scientists named the 13-foot-thick (4 meters) ice region, they thought it would last for decades.

But now, under both the most optimistic and pessimistic scenarios for warming linked to climate change, the sea ice will dramatically thin by 2050. The most optimistic scenario, in which carbon emissions are immediately and drastically curbed to prevent the worst warming, could result in a limited portion of the ice surviving in the region. In the most pessimistic scenario, in which emissions continue at their current rate of increase, the summer ice — and the polar bears and seals that live on it — could disappear by 2100, researchers reported in a new study.

“Unfortunately, this is a massive experiment we’re doing,” study co-author Robert Newton, a senior research scientist at Columbia University’s Lamont-Doherty Earth Observatory, said in a statement. “If the year-round ice goes away, entire ice-dependent ecosystems will collapse, and something new will begin.”

Arctic sea-ice cover grows and shrinks each year, reaching its minimum extent at the end of the summer melt season in September before rebounding in the fall and winter to reach its maximum extent in March. But as carbon dioxide and other greenhouse gases increasingly contribute to the warming of the atmosphere, the span of the sea ice has yo-yoed between ever shrinking bounds — with the past 15 years bringing the lowest 15 sea-ice extents in the satellite record, according to the National Snow and Ice Data Center (NSIDC).

Worse still, the NSIDC reports that the amount of older, thicker Arctic ice that has survived at least one melt season is at a record low, around a quarter of the total recorded by the first satellite surveys 40 years ago.

A more dramatic decrease in ice coverage could have a crippling effect on the lives of the animals that dwell on, or under, the shifting ice network, including photosynthetic algae, tiny crustaceans, fish, seals, narwhals, bowhead whales and polar bears.

“Ringed seals and polar bears, for example, have relied on their dens in the ridged and corrugated sea-ice surface to stay approximately in one place,” the researchers wrote.

Because they are specialized predators, polar bears (Ursus maritimus) would be especially vulnerable to extinction if the ice were to disappear. Adapted to lurk atop sea ice, the Arctic bears hunt by snatching unfortunate seals that come to the surface to breathe. Polar bears have jaws adapted for consuming soft blubber and meat; and though the bears have been seen shifting their diet to seabird eggs and caribou while on land, a 2015 study published in the journal Frontiers in Ecology and the Environment found that the calories they gain from these sources do not balance out those the bears burn from foraging for these animals, Live Science previously reported.

This rapid habitat shift could cause polar bears to become extinct or lead to more extensive interbreeding with grizzly bears (Ursus arctos horribilis), whose ranges are expanding northward as the climate warms, Live Science previously reported. This process could eventually replace polar bears with hybrid “pizzly” bears. Nonetheless, in the more pessimistic, increasing-emission scenario, the researchers expect the summer ice and the ice-dependent ecosystem to disappear.

“This is not to say it will be a barren, lifeless environment,” Newton said. “New things will emerge, but it may take some time for new creatures to invade.” The researchers suggested that fish and photosynthetic algae may make their way northward from the North Atlantic, although they are uncertain if the new habitat would be stable enough to support those organisms year-round, especially during the long, sunless Arctic winter.

Even a partially melted Arctic could also create a negative feedback loop: The water’s surface is darker and more efficient at absorbing sunlight, meaning the melt would accelerate the overall rate of warming, in a vicious cycle.

On Aug. 9, a landmark report from the U.N.’s Intergovernmental Panel on Climate Change (IPCC) issued a stark warning that Earth is expected to reach a critical threshold: a global temperature increase of 1.5 degrees Celsius (2.7 degrees Fahrenheit) due to climate change within the next 20 years. A draft third section of the IPCC report leaked to the Spanish publication CTXT warned that global greenhouse gas emissions must peak in the next four years if global heating is to remain within 1.5 C.

The researchers published their findings Sept. 2 in the journal Earth’s Future.