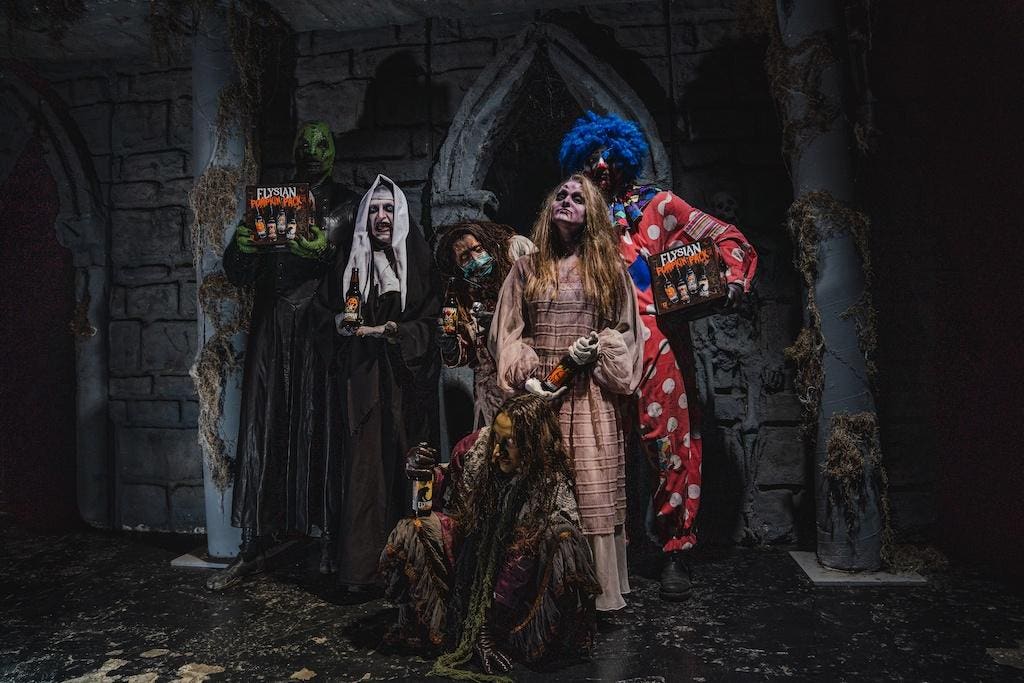 October is always a time we can count on brands to bring out their spookiest and scariest of campaigns, and it seems the latest example is seasonal and scary in just about every frightening way possible.

Elysian Brewing and Georgetown Morgue, a well-known Seattle-based haunted house, have teamed up for a beer delivery that is pretty darn scary. Scary fun, that is.

The scene will be set via scare actors who will be sent from the morgue to deliver beer to thirsty Seattle residents — or, rather, haunt their doorsteps — delivering Elysian’s Pumpkin Variety Pack.

“If there are two things we love at Elysian, it’s beer and Halloween,” said Joe Bisacca, Elysian Brewing founder, in an interview.  “Our brewery is based in the Georgetown area of Seattle, and it just so happens that one of our neighbors is the Georgetown Morgue, which offers the best haunted house experience in the Seattle area. The thought of merging our beer delivery with the morgue’s talent was just too good, and too weird, to pass up,” said Bisacca.

The brewery’s Scary Good Delivery Service will scare up some ghastly beer home deliveries Wednesday, October 27 and Thursday, October 28, and while the front-door haunting is only available to Seattle residents, Elysian’s Pumpkin Variety Pack is available nationwide and includes four beers:

“We’ve been long-time fans of Elysian, so it’s awesome to be bringing two Seattle staples together for Halloween season,” said Scott Kolling, Georgetown Morgue founder, in an interview. “There has always been that draw to a haunted house – something that makes us want to go inside and see what (or who) is there, even though we know it will scare the hell out of us. This time, instead of going inside, we’ll be bringing the scare directly to the doorstep of Seattle residents, leaving their hearts racing and adrenaline pumping. The only thing they’ll be left wondering is if the delivery call is coming from inside their house? Or out?!”

There’s no doubt this entire promotion is rather creepy, but it all sounds like a fun time that will be ripe for sharing on Instagram. And, let’s be real, that’s why we do most of these things, isn’t it?

Those in Seattle can sign up for Elysian’s Scary Good Delivery Service between October 14 October 22, with deliveries on Wednesday, October 27 and Thursday, October 28. Obviously, after dark.  What else did you expect?