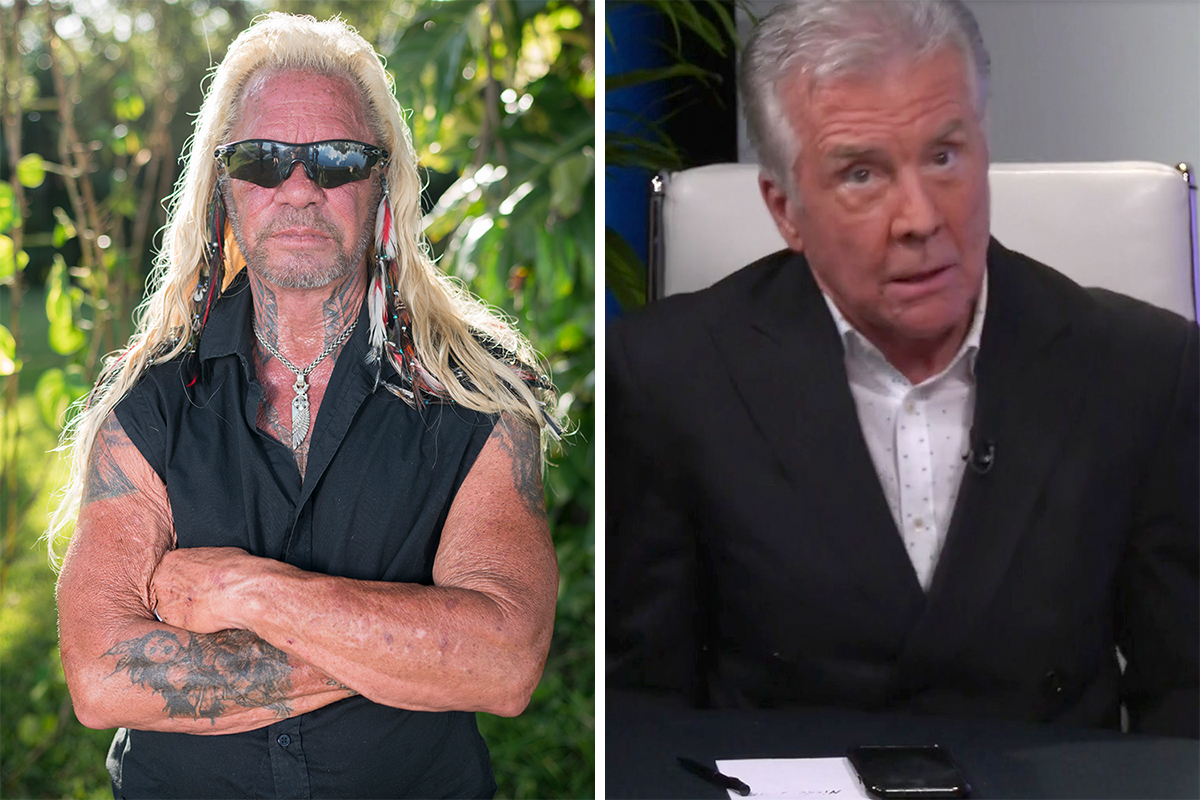 BRIAN Laundrie’s attorney is accusing “America’s Most Wanted” creator John Walsh and Dog the Bounty Hunter of feeding their “publicity-hungry” egos to find his fugitive client.

Steve Bertolino fired a salvo at the two public manhunters who joined the effort to find 23-year-old Brian Laundrie, who vanished four weeks ago from his parents’ North Port, Florida home to go on a hike at a swampy refuge.

“Dusty relics like that Dog and John Walsh need a tragic situation like this so they can clear the cobwebs off their names and give their publicity-hungry egos some food,” Bertolino said in an interview with Fox News.

But Dog fired back with his own sharp-edged retort.

“It’s ironic that Mr. Bertolino would criticize the people trying to find Brian Laundrie, unless perhaps he doesn’t want him to be found,” he said according to Fox News.

The family attorney took aim at Duane “Dog” Chapman, the reality TV star with the blonde mullet joined the pursuit of Laundrie late last month and Walsh who appeared on an ID channel special Gabby Petito: ID Special Report that debuted on Wednesday night that aimed to investigate the unsolved homicide of 22-year-old fiancée, Gabby Petito.

“I believe he’s out there with the aid of his parents,” Walsh explained on the show when asked if Brian was still alive.

Walsh took direct aim at the fugitive’s parents, Christopher and Roberta Laundrie, claiming they were aiding their son to elude the authorities.

“They’re actively aiding and abetting his escape and they’re helping him stay out there,” he said.

He also speculated that Brian may be armed.

“I believe they might have given him a gun,” Walsh said. “And I would hate to see someone else become a victim of this guy. “

Walsh also kicked around what-ifs, asking if Laundrie might be hiding out in Mexico or in the Bahamas or hiking along the Appalachian Trail.

Last week, the bounty hunter accused the Brian’s attorney for unsolicited attacks against him and his pursuit to help bring his client to justice.

“That Dog doesn’t know what he’s talking about,” Bertolino retorted in a statement, explaining that the family went to “other places on two different dates” which the FBI is allegedly aware of.

“So Brian obviously returned home after camping and what that dog is spewing is nothing but baloney,” he added.

The Laundrie family stayed at a campsite at the 1,136 acre Fort De Soto island campground on September 6 – days after Brian cut short the couple’s summer road trip together by two months.

Dog revealed the family camped together at the island grounds on September 1 through 3 and September 6 through 8.

“They were registered, went through the gate,” Dog said at the time.

He added: “They’re on camera. They were here.”

It was Bertolino who pushed back against Dog’s claims that Brian hadn’t returned to his family’s North Port, Florida home with his parents and instead was left behind at Fort De Soto Park.

The FBI and local police and sheriffs continue to search for Brian, who was last seen on September 14 by his parents.

The parents told authorities their son never returned after leaving their North Port home to go hiking at the Carlton Nature Reserve.

Investigators have deployed drones, hound dogs and all-terrain vehicles at the alligator, snake and bug infested swampland of the reserve.

Initially, the Laundrie family attorney Steven Bertolino stated: “Brian left that phone at home the day he went for a hike in the preserve on September 14, 2021 and the FBI now has that phone.”

That key date was amended to September 13.

“The Laundries were basing the date Brian left on their recollection of certain events,” Bertolino said.

“Upon further communication with the FBI and confirmation of the Mustang being at the Laundrie residence on Wednesday Sept. 15, we now believe the day Brian left to hike in the preserve was Monday Sept. 13.“

The Teton County coroner and FBI confirmed remains found on September 19 was Gabby.

On September 21, 2021, the Teton County Coroner Dr. Brent Blue confirmed that Petito died as a result of a homicide.

On September 23, the FBI Denver Field Office issued an arrest warrant for Brian.

Two days later, a warrant was issued for Brian’s arrest after investigators claimed he had “used unauthorized debit cards after Gabby Petito’s death.”

The FBI issued an arrest warrant, accusing Brian of swiping a Capital One debit card between August 31 and September 1 that belonged to Gabby.

A federal grand jury charged Laundrie with “knowingly with intent to defraud” using a Capital One debit card in the amount of at least $1,000.

On Tuesday, the official autopsy report was released by Teton County revealing that Gabby’s cause of death was strangulation.

Special Agent Michael Schneider issued a formal statement asking for anyone with information on where her fiancé Laundrie is to contact them immediately.

“The FBI’s commitment to justice is the forefront of each and every investigation,” Schneider said. “The FBI and our partners remain dedicated to ensuring anyone responsible for or complicit in Mr. Petito’s death is held accountable for their actions.”

It continued: “Mr. Brian Laundrie has been named a person of interest. Anyone with information concerning Mr. Laundrie’s role in this matter or his current whereabouts should contact the FBI.”

The family’s lawyer, Steven Bertolino, acknowledged after the Teton County’s official cause of death was released, that Brian committed unauthorized use of a debit card that belonged to Gabby.

“Gabby Petito’s death at such a young age is a tragedy,” read Bertolino’s statement.

“While Brian Laundrie is currently charged with the unauthorized use of a debit card belonging to Gabby, Brian is only considered a person of interest in relation to Gabby Petito’s demise.

“At this time Brian is still missing and when he is located we will address the fraud charge pending against him.”

Brian Laundrie has not been seen since the morning of September 13. Here is a timeline of Laundrie’s latest whereabouts: