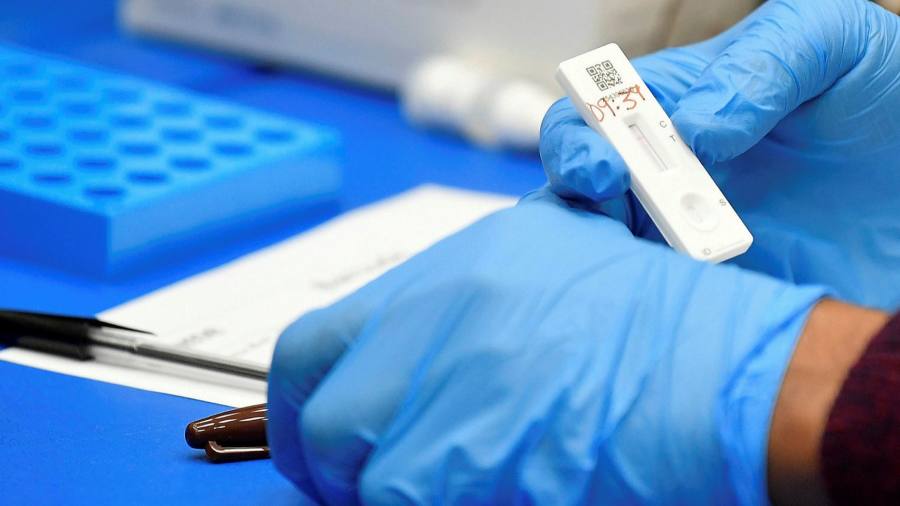 Vaccinated passengers arriving in England from October 24 will be able to take the cheaper lateral flow coronavirus tests, providing a boost to the travel industry ahead of the autumn half term for schools.

The changes mean that any fully vaccinated passengers and most under-18s arriving from countries not on the red list of higher-risk territories will no longer have to pay for an expensive PCR test on or before the second day after they enter the country.

They will instead be able to take a cheaper and faster lateral flow test and upload a picture of their result on a smartphone for verification.

“Today’s rule changes will make testing on arrival simpler and cheaper for people across the country who are looking forward to well-earned breaks for this October half term.”

Lateral flow tests for travellers will have to be purchased from a list of private providers, the transport department said, as NHS Test and Trace tests cannot be used for international arrivals.

Ministers had promised the switch from PCR to lateral flow tests as part of a simplification of the traffic-light system for international travel announced last month.

But airlines and the travel industry have been furiously lobbying for the changes to take effect before the autumn half term in the UK, one of the few busy periods in a traditionally leaner part of the year for airlines and holiday companies.

Tim Alderslade, chief executive of industry group Airlines UK, said the changes “will be a massive relief to families desperate to get away this autumn”.

The changes are the latest government move to ease once-strict rules around international travel.

Last week ministers slashed the red list of countries from which travellers must still go into hotel quarantine on arrival in England, leading to a spike in flight bookings.

“Taken together this is a major step forward that will support the desperately needed recovery of our sector,” Alderslade said.