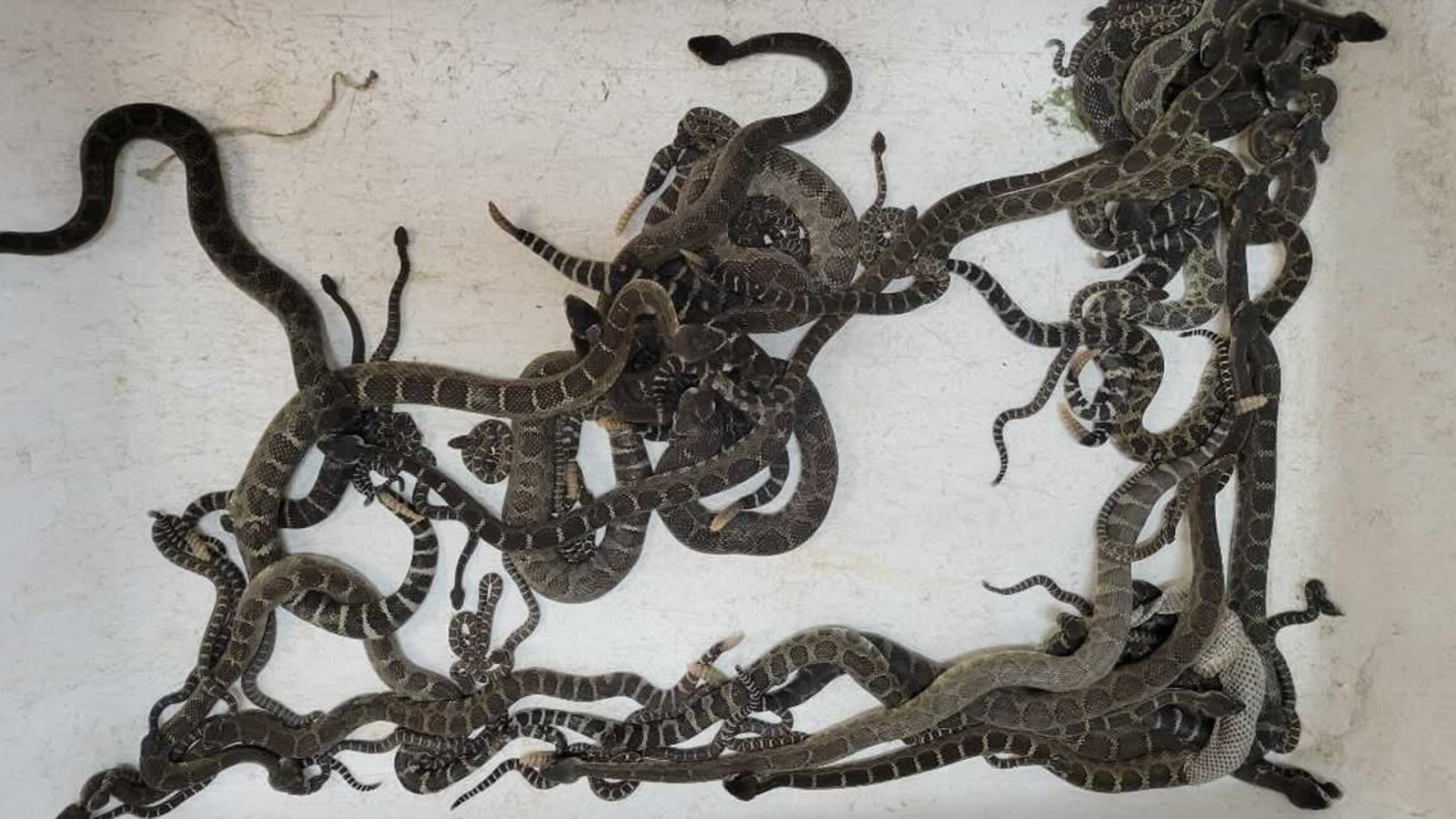 SONOMA COUNTY, Calif. (KGO) — It’s a good thing Halloween is coming, because this story is creepy, especially if snakes aren’t your thing.

A North Bay homeowner was surprised to find more than a few rattlesnakes living under their home recently. In fact, nearly 100 rattlesnakes were found there.

Al Wolf, who came to remove the slithery animals, is a brave man who loves his job, despite the risks.

Al’s been rescuing and removing rattlesnakes from properties for 32 years, all for free.

He thought he’d seen every fang and heard every rattle until recently, when a homeowner called after spotting a snake going underneath her mountainside home.

“I had to wear these snake gloves so rattlesnakes can’t bite through, it’s dangerous, I got on my hands and knees, I wasn’t there a minute before I found my first rattlesnake,” he said.

“It took about three hours, but I found a total of 92 rattlesnakes under that house, I was tickled pink, I wish that happened everyday to me,” said Wolf.

He needed a bigger bucket to remove all the adult and baby rattlesnakes found under that house. He said it was a definite first, and believes the drought has a lot to do with so many snakes in one place.

“The drought will cause them to go to areas where there’s water, looking for lizards and rodents,” Wolf added.

All the snakes will be released into rural Sonoma County. Al Wolf doesn’t expect find 100 snakes in one place again, but this snake wrangler has hopes.