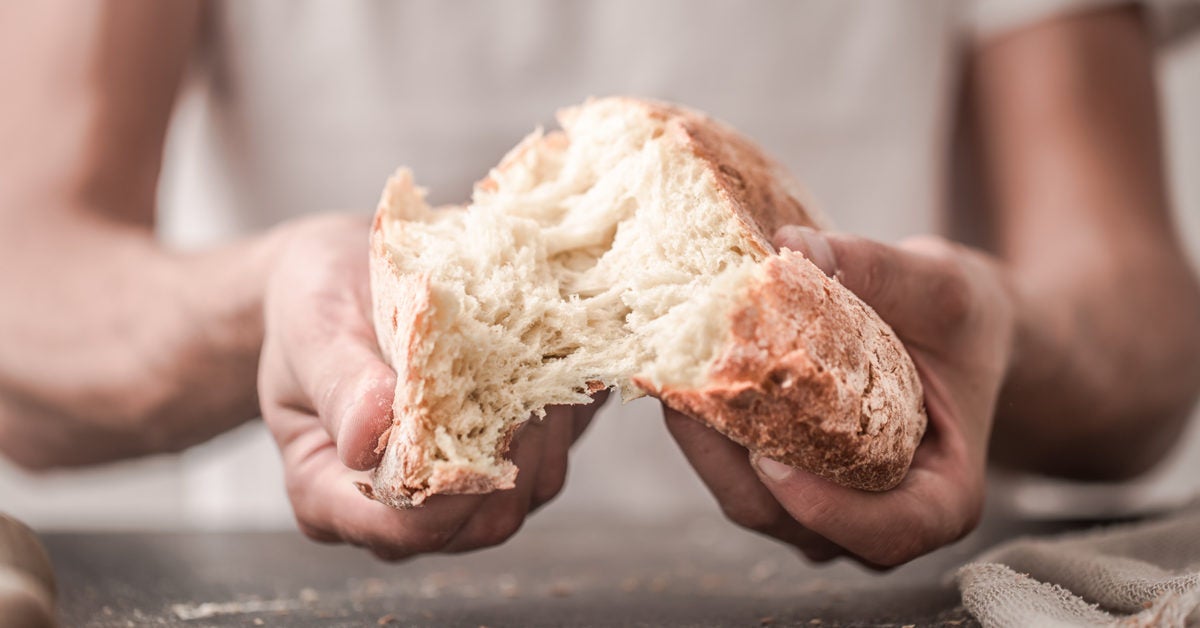 The nutrition label reading mantra “If you can’t pronounce it, don’t eat it” has long been passed around as good advice for how to fill your grocery cart. Most of us have learned to regard unintelligible, chemical-sounding ingredients as a major red flag in our foods.

But the reality of which additives are dangerous and which are safe is actually more complicated than just avoiding ingredients with more than a couple of syllables. Surprisingly, some common additives, whether used to increase shelf life, add texture, or enhance flavor, are actually harmless — even if their names sound like gobbledygook.

So how do you know which is which? Though you’d have to dig into some serious science to filter through all of the thousands of additives in our food supply, here’s the lowdown on four common ones to steer clear of and four that are A-OK.

Food additives to avoid when possible

First, some good news: As of June 2018, the FDA has banned the use of partially hydrogenated oils in American foods. These chemically altered oils contain harmful trans fats, which have been linked with cancer, heart disease, and weight gain — so it’s about time we stopped eating them altogether.

Still, it could take a while for them to cycle out of our food supply entirely, as they may still be present in canned or frozen foods around your home.

Fully hydrogenated oils are not types of trans fats and, while more research is needed, are likely safer. Early animal studies even suggest they may have health benefits.

High fructose corn syrup (HFCS) has had a bad reputation for quite some time now — and there are plenty of reasons for that.

For starters, this corn-based sweetener adds calories and carbs (but not much other nutritional value) to sodas, candies, and other foods that are low in nutrients. This could contribute to weight gain.

A 2018 review of studies associated sugar-sweetened drinks (which often use HFCS) with obesity in children and adults. And a 2010 review found that, even if HFCS didn’t increase people’s body weight, it produced changes associated with metabolic syndrome (a cluster of symptoms such as insulin resistance, hypertension, and excess abdominal fat).

A 2020 study suggested a connection between HFCS and risk factors for cardiovascular disease in young adults. The researchers found that the interaction between fructose and glucose may be a factor in the increased risk, though more research is needed.

Another 2020 study specifically looked at the effects of HFCS on African Americans. Among the participants, consuming HFCS-sweetened sodas and fruit drinks led to a two to three times the risk for coronary heart disease than in people who rarely or never drank HCFS-sweetened drinks. The researchers didn’t find this increased risk with diet sodas or fruit drinks without HFCS.

OK, we’ll admit that for a food additive, something like “red dye” is surprisingly pronounceable. But that doesn’t mean artificial food colorings get a pass. Researchers have been investigating their safety for decades, often with mixed results.

Some food dyes have been linked to increased cancer risk when used in large doses in animal studies or have been found to be contaminated with other carcinogens. Certain red dyes might be more concerning than others. Red 3 is the most contentious, with older research linking it to thyroid tumors in animals.

And though red dye has not been proven to cause ADHD or hyperactivity in children or adults, it may aggravate symptoms, according to some older studies.

However, there’s limited evidence, especially in human studies, that food dyes are hazardous in the small amounts we consume. Further research will tell us more.

Considering that many artificially colored foods are highly processed or not very nutritious anyway, it’s likely a good idea to limit your consumption of those foods generally.

You might expect to see artificial colorings in bright, shiny foods like M&M’s or maraschino cherries, but they can show up in surprising places. Keep an eye on salad dressings, flavored yogurts, and cereals. (Thankfully, these dyes are easy to recognize on labels since they’re just a color with a number after it.)

Most commercially prepared breads require a little something besides flour, water, and yeast to keep their chewy, springy texture and to rise up nice and tall. Potassium bromate has been used in the United States for more than a hundred years as a “flour improver” that helps strengthen bread dough.

This chemical agent could potentially have some drawbacks, but the research is currently mixed. It has been associated with an increased risk of cancer in animal studies as far back as 1990. More recently, a 2020 rat study continued to suggest carcinogenic effects.

However, as with food dyes, there just isn’t enough evidence to suggest that you should definitely avoid potassium bromate. If you’re concerned, talk with your doctor and keep an eye out for it on ingredient lists.

You can stop worrying too much about these

Turns out, all those years spent worrying about MSG in your beef and broccoli were probably for nothing (and maybe those rumors were rooted in xenophobia all along).

Despite its controversial history, monosodium glutamate is widely considered harmless for most people. According to the FDA, not only is MSG safe to consume, but researchers who have tried to trigger reactions to it have not been able to do so.

And here’s a fun fact: MSG is naturally present in savory foods like tomatoes, mushrooms, and aged cheeses. The version of it that’s used as an additive is chemically indistinguishable from the version that occurs in these whole foods.

As with any other food or additive, it’s possible to have a sensitivity to MSG, but this is rare. So unless you know you’re sensitive, go ahead and enjoy your ramen or other savory dishes without the side of worry.

When you think of acid, you may picture a devastating liquid that could bore holes through your stomach — but in the scientific sense, all foods contain some balance of acidic and basic flavors. So the word “acid” on a label doesn’t mean it’s anything to avoid.

Acetic acid is a component of vinegar that, when added to other foods, imparts a signature tartness. Condiments like mustard and ketchup and pickled products like sauerkraut get a dose of acetic acid for added bite.

You may have spotted this multisyllabic mystery word on cereal boxes, peanut butter, or even skin care products, often in the form of “alpha” or “mixed” tocopherols. Sound like a poisonous cocktail? It’s actually nothing of the kind.

Tocopherols are a form of vitamin E, a critical nutrient that serves numerous functions in your body, from maintaining healthy skin to bolstering your immune system. As an antioxidant, vitamin E also helps combat signs of skin aging by helping to protect skin cells from damaging free radicals.

It gets better. The tocopherols used in foods are typically derived from plant oils, so they act as a preservative that increases shelf life. Sounds like a win-win for food manufacturers and consumers.

Though it’s another long word that may conjure up images of lab coats and test tubes, don’t be scared off by maltodextrin.

This additive is a white powder derived from any of several starches, including potato, wheat, corn, and rice. It helps thicken or increase volume in foods like puddings and muffins and can add a touch of extra sweetness to canned fruits.

Because it comes from starch, it’s really just another simple carbohydrate — not necessarily great for your blood sugar, but not dangerous, either. Maltodextrin has been recognized as safe by the FDA.

As always, fresh, whole foods are the best way to go when it comes to eating a nutrient-dense diet — but since we’re only human, processed, prepared foods find their place in even the healthiest diets. (Who has time to make every single meal and snack from scratch?!)

Knowing what to look for when you read labels can help you choose which additives you may want to minimize in your meal plan.