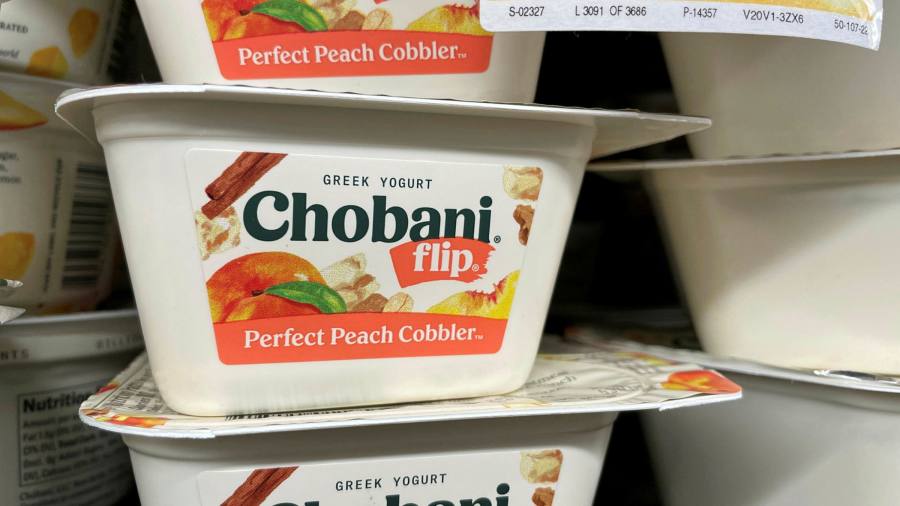 Chobani is best known for making Greek yoghurt mainstream in the US. Its thicker, tangier concoctions have won over many consumers in the cultured milk battle. Investors will find the company’s proposed initial public offering harder to swallow.

The company deserves plaudits for its altruism. Founded in 2005 by Turkish immigrant Hamdi Ulukaya, Chobani is a socially-conscious brand with worker-friendly policies. It employs refugees from local resettlement centres and has pledged to give full-time employees a stake of up to 10 per cent in the company when it goes public.

“We do well by doing good,” Chobani said in its IPO prospectus.

The company’s principles are more enticing than its financials.

Although Chobani controls a fifth of the US yoghurt market and accounts for nearly half of all Greek yoghurt sales in the country, it has made a loss in each of the past five years. The deficit was $59m on $1.4bn of sales in 2020. The gross profit margin has fallen from 26 per cent in 2018 to 20 per cent in the third quarter amid rising milk and logistics costs.

Hefty interest payments have walloped Chobani’s bottom line. Net debt stood at $1.4bn at the end of September — or nine times its 2020 ebitda. The $96m in interest expenses Chobani paid out last year was more than two times the company’s income from operations.

Funds raised from the IPO should help cut down the debt pile. A move into oat milk and other new product categories offers new engines for sales growth. Even so, that cannot justify the $10bn valuation Chobani is reportedly seeking. The group’s sales are not accelerating like a tech start-up’s. The figure would be equivalent to 67 times last year’s ebitda. French yoghurt maker Danone trades on a multiple of just 8 times.

Recent food and beverage share offerings have disappointed. Chobani’s oat milk rival Oatly has had the value of its stock halve since its May debut. Higher input costs would make Chobani’s IPO even less palatable.

If you are a subscriber and would like to receive alerts when Lex articles are published, just click the button “Add to myFT”, which appears at the top of this page above the headline.