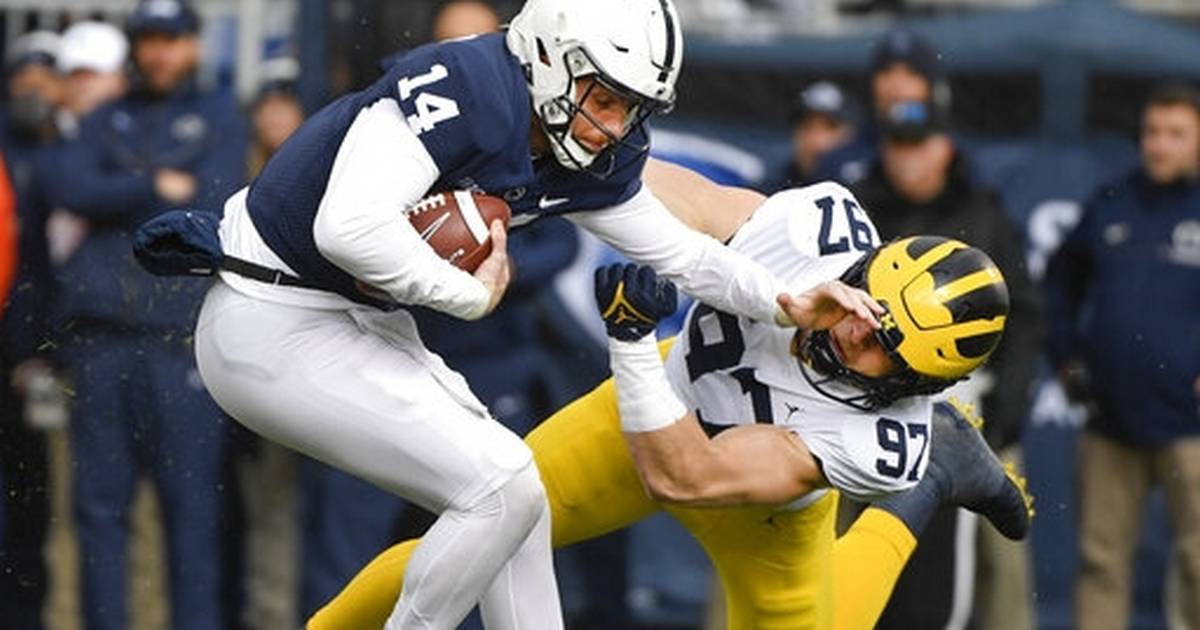 Line: Michigan by 15 1/2, according to FanDuel Sportsbook.

Michigan can set up a showdown with Ohio State that could determine a berth in the Big Ten title game. The Wolverines will try to avoid a letdown after an emotional win at Penn State last weekend. Maryland needs one more win to become bowl eligible. The Terps haven’t played in a bowl game since 2016.

Michigan DEs Aidan Hutchinson and David Ojabo against Maryland QB Taulia Tagovailoa. The Terps can hurt teams with their passing game, but Hutchinson and Ojabo are the first teammates in Wolverines history with at least 10 sacks apiece in the same season.

Michigan: RB Hassan Haskins had 201 yards of offense in the win over Penn State after running for a career-high 168 yards the previous week against Indiana.

Maryland: WR Rakim Jarrett has seven touchdown catches in his first 14 games with Maryland. He’s under an even bigger spotlight now after the Terrapins’ receiving corps has been hit by injuries.

Maryland returned a kickoff for a touchdown against Michigan in both 2018 and 2019, although the Wolverines won both games. … Maryland’s lone victory in this series came in 2014, the Terrapins’ first season in the Big Ten. … Wolverines RB Blake Corum, who played at St. Frances Academy in Baltimore, did not play last week after leaving the previous game against the Hoosiers with an ankle injury. Coach Jim Harbaugh said there’s no timetable for his return. … David Bowens set Michigan’s single-season record in 1996 with 12 sacks. Hutchinson has 10 1/2 and Ojabo has 10. … Ojabo has already set a single-season school record with five forced fumbles.