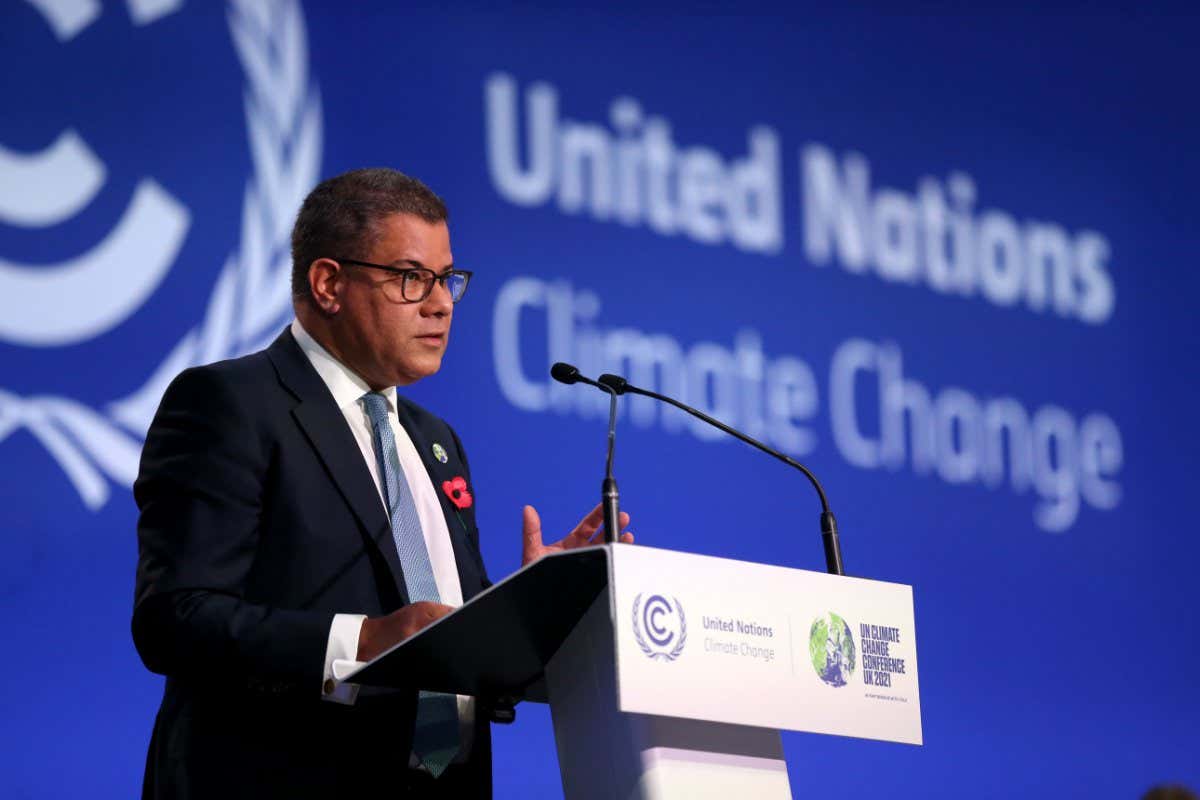 Recognising the “urgency of action” needed to limit global warming to 1.5 degrees is on the UK COP26 presidency’s wish list for the crucial climate summit – but the list doesn’t include any detail on when countries need to demonstrate that urgency

Nearly 200 governments in Glasgow, UK, are being asked to recognise the “urgency of action” needed to meet the world’s climate change targets, in a final statement to be presented at the COP26 summit this week.

After a first week of eye-catching deals on deforestation, methane and more, this week COP26 turns to the hard work of agreeing the final rules for implementing the 2015 Paris Agreement, a new global goal for climate adaptation and what financing for vulnerable countries may look like beyond 2025.

On Sunday, the UK presidency of the COP26 summit released an elements paper, effectively a wish list for the final “decision texts” to be determined by the time the conference is scheduled to close on Friday. The paper says those texts should recognise the “urgency of action to keep 1.5 [degrees Celsius] alive”. However, the document lacks a detailed timeline for how countries should demonstrate that urgency.

The hopes also include declaring the 2020s as a “critical decade” to keep alive the Paris Agreement’s goal of pursuing efforts to hold global warming to 1.5oC. Within the paper, countries are told to admit they aren’t doing enough and to “acknowledge the gap” between what their current plans would mean for annual global carbon dioxide emissions in 2030 and what is needed for 1.5oC. That gap is currently vast: in the region of 28 billion tonnes of CO2 a year, though rapid analyses published last week suggest that this number has fallen.

Further items on the wish list include a meeting of world leaders before 2023 to consider the level of ambition in their 2030 plans. Countries that have set a net-zero goal for mid-century, such as Russia, are told to “align” their short-term goals with those long-term ones. There is an explicit call for nations that haven’t yet submitted a more ambitious 2030 plan to do so in 2022. That would include Australia, Brazil, Mexico and Saudi Arabia among other countries, says David Waskow at the World Resources Institute (WRI), a US non-profit.

UK environment secretary George Eustice yesterday said that the UK wouldn’t push for a faster cycle of revisiting plans, but a UK government source told New Scientist this was incorrect.

Greater action to curb emissions isn’t the only thing on the wish list for the final statements. It also includes a “global goal on adaptation”, talks on climate finance for developing countries and to show “deep concern” at the failed pledge to provide $100 billion a year of climate finance to help vulnerable nations by 2020.

In a subtle but notable shift in endorsing climate science, the UK presidency hopes that COP26’s outcome text will “welcome” the Intergovernmental Panel on Climate Change’s landmark science report published in August. At a UN climate summit in 2018, while climate sceptic Donald Trump was US president, governments failed to welcome a major IPCC report published earlier that year, with a row breaking out during the conference when the US and three other countries sought to only “note” it. Piers Forster at the University of Leeds, UK, says the shift in language towards the science is important. “It matters,” he says.

Yamide Dagnet at the WRI says of the elements paper overall: “The broad set of [important] elements are there.” But she says there are weaknesses, particularly on how quickly stronger emissions plans are brought forward and on details about climate change finance to help vulnerable countries. Yesterday’s paper represents a wish list, not necessarily what nations will agree in coming days.

Away from the Scottish Event Campus where COP26 is being held, Glasgow saw the launch yesterday of an alternative climate summit organised by activists. That followed major climate protests in the city on Saturday, which organisers said attracted more than 100,000 people, plus more at around 300 events worldwide. Swedish campaigner Greta Thunberg told crowds in Glasgow on Friday that COP26 was only a “PR exercise” and was already a “failure”.

Inside the COP26 summit, today is officially designated as “adaptation” and “loss and damage” day, the latter a reference to the rising costs that countries are facing from extreme weather events and other impacts linked to climate change. Around 20 ministers from countries including Bangladesh, Fiji, Sudan, the United Arab Emirates and the US will attend a ministerial session today on the two subjects. The list doesn’t include Saudi Arabia, which Greenpeace International says made verbal comments blocking progress on adaptation at a COP26 meeting on Friday.

The costs of a warming world were spelled out today in a report by Marina Andrijevic at Humboldt University of Berlin for the non-profit Christian Aid. It found that vulnerable countries will take an average 63.9 per cent hit to their GDP by the end of the century under temperature rises roughly in line with the world’s current path.