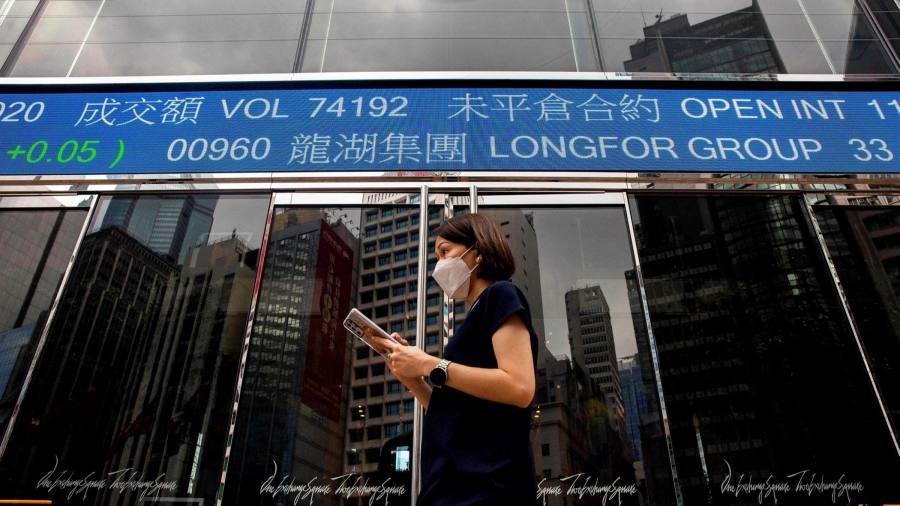 Emerging market equities slipped further on Friday, while European stocks and US futures edged up, as traders focused on the developed world’s recovery from the pandemic but avoided nations whose growth has been threatened by high inflation and lower vaccination rates.

FTSE’s broad index of emerging market stocks fell about 0.3 per cent on Friday morning in US dollar terms, taking its weekly loss to more than 1.2 per cent. In the previous day’s session, the gauge fell by its most since September. It has risen just 0.8 per cent so far this year.

Investors’ appetite for emerging market assets has weakened this year because of a deceleration in Chinese growth driven by coronavirus lockdowns and regulatory clampdowns on technology businesses as well as borrowing and speculation in the economically important property sector.

Analysts also view a stronger dollar and moves by the US Federal Reserve towards tightening monetary policy as creating harsher financing conditions for emerging market companies and governments that borrow in the reserve currency, while inflation threatens to dent consumer spending.

US and eurozone economic growth is expected to moderate in 2022 from this year’s levels because of ongoing pandemic-related supply chain shortages and higher energy prices, but the scale of the slowdown in some developing countries is expected to be sharper.

Barclays strategists forecast a drop in Chinese gross domestic product growth from 7.8 per cent this year to 4.7 per cent in 2022. They expect the US economy to expand by 5.5 per cent in 2021 and 4 per cent in 2022, with the eurozone on a similar trajectory, as households spend excess savings built up during the pandemic and fiscal stimulus programmes such as US president Joe Biden’s $1.2tn infrastructure bill support business sentiment.

The dollar index, which measures the US currency against six others, traded at close to a 16-month high on Friday. The South African rand fell 0.2 per cent to 15.6 per dollar, its weakest level in over a year.